Habitat and Biology: This species is endemic to the eastern North American seashore, where it is found in rotting beach wrack. In Georgia, this species is found in large numbers under ideal conditions, which are apparently the large piles of dense and humid sea vegetation that are deposited on the north ends of the coastal barrier islands (TCM, pers. observation). The first author collected a large series of over 50 individuals in one such pile in midsummer on the north end of Tybee Island , but failed to collect it again, despite numerous attempts, in either May, July, or October on Sapelo or Jekyll Island on the eastern and southern ends of those islands. 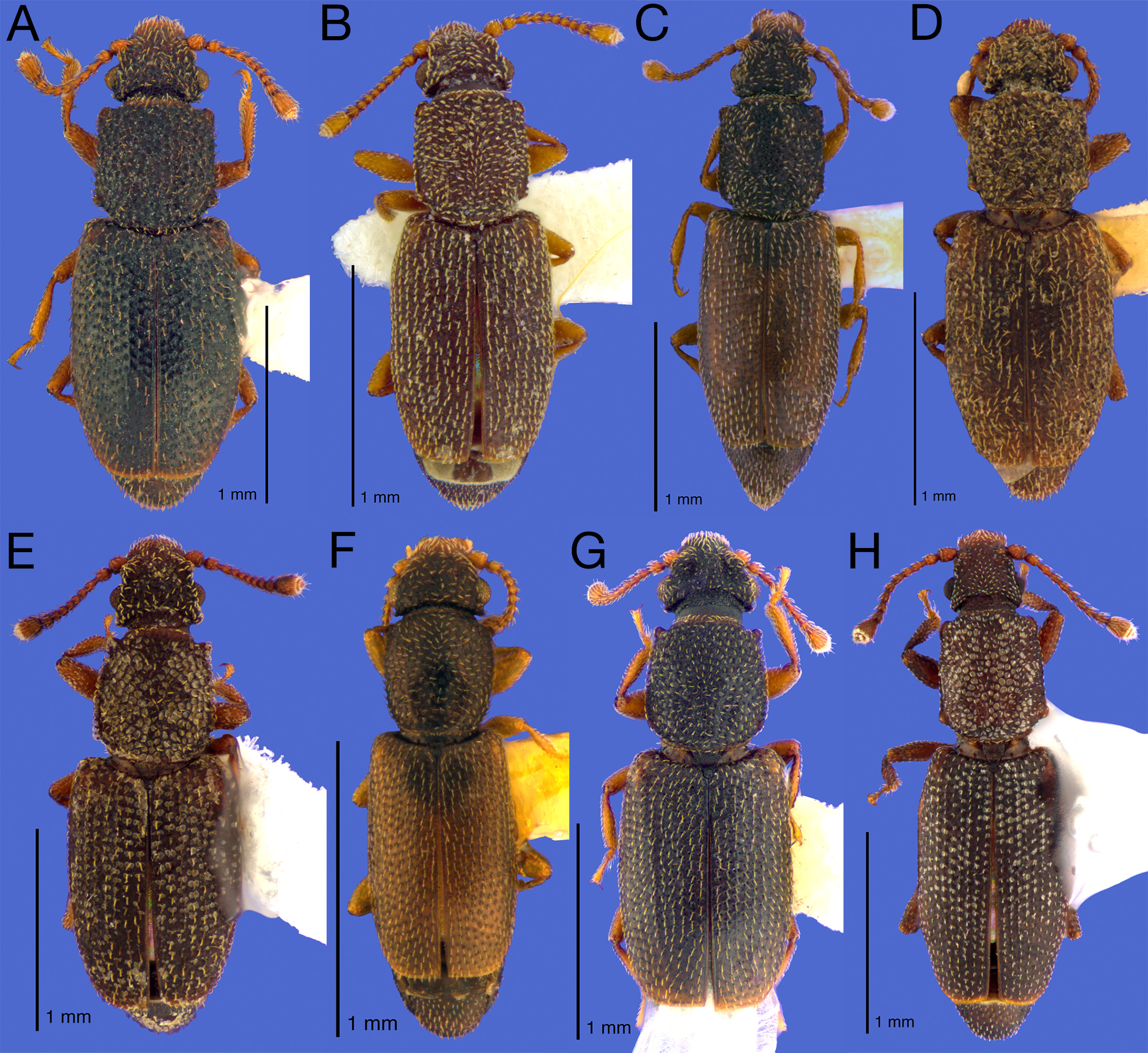 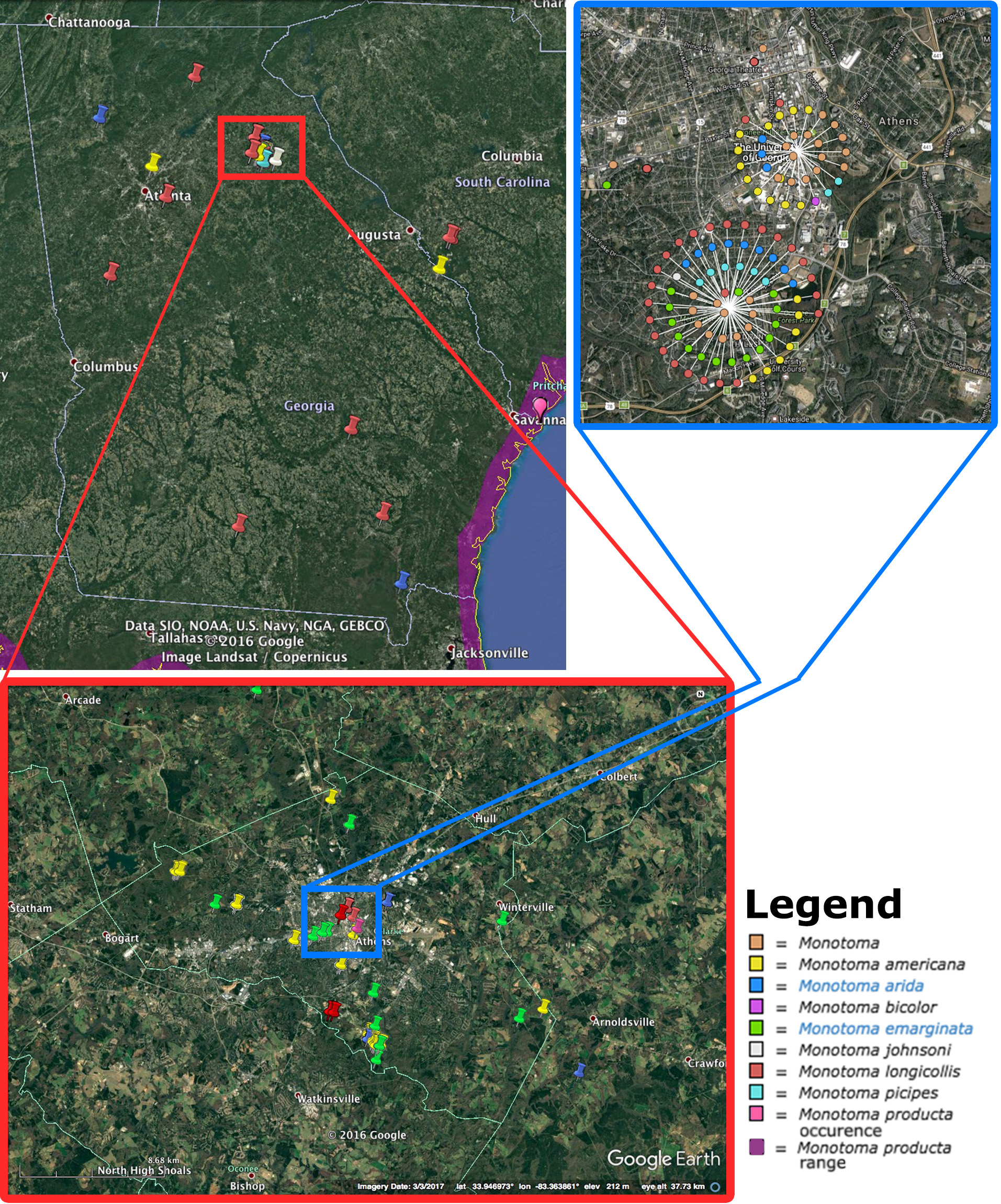 FIGURE 3. Distribution and occurrence map of Monotoma species in Georgia. A) Map of Georgia. Purple shaded area = distribution of Monotoma producta. Other species that did not have many points are either widespread in the state (e.g. M. longicollis) or have too few points to make an accurate distribution map. B) Zoom-in on Athens-Clarke County. C) Zoom-in on University of Georgia and surrounding residential areas. Expanded spiral of points indicates records from a single GPS locality, showing the effects of prolonged sampling in a single location.