Etymology. From the Latin words aurantium (orange) and spina (thorn) in reference to the orangish mesotibial spur of females.

Remarks. Females differ somewhat in leg color pattern, with the Brazilian paratypes having the mesotibia at least apically and the mesotarsus orangish in addition to a more or less distinctly orangish mesotibial spur ( Fig. 33 View FIGURES 24 – 33 ). All females have the same fore wing color pattern and are very similar in structure except the Brazilian females also have a narrower interorbital distance, which is correlated with shorter POL and OOL distances relative to the MPOD and a shorter distance between the anterior ocellus and inner orbit compared to the MAOD. However, like other females, the mesotibial pegs are essentially in a single row ( Fig. 32 View FIGURES 24 – 33 ) rather than an obvious patch, Gt6 is reticulate rather than granular, and the ovipositor sheaths are obviously longer than the metatibia ( Fig. 24 View FIGURES 24 – 33 ). 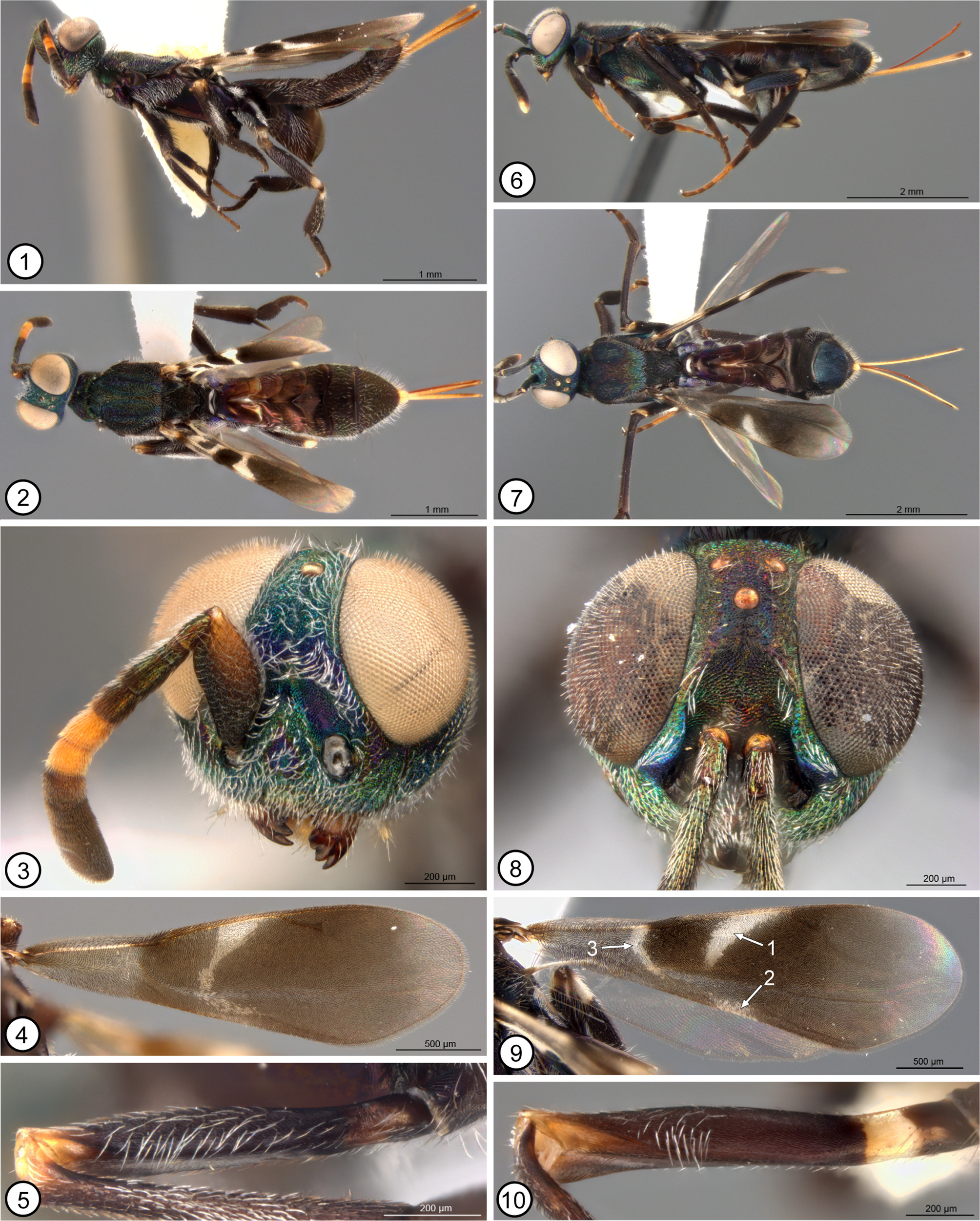 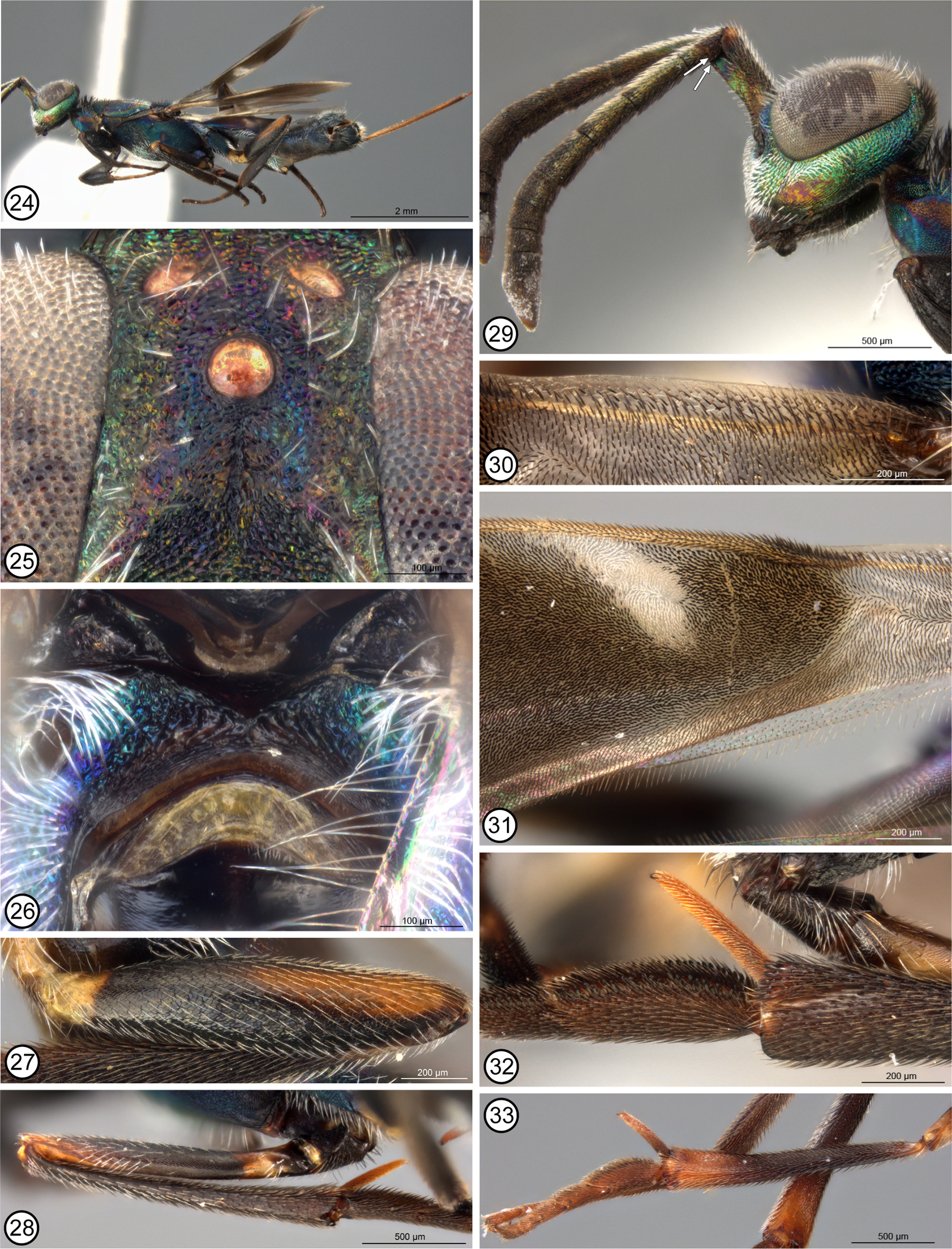