This species can be distinguished from other Cryphalus  in East Asia by the size (1.35-1.70 mm), by the proportions (2.25 × as long as wide), by the male frons with a transverse carina, by the many scale-like setae on the pronotal disc extending to the lateral margins, and by the barely apparent elytral striae.

Female. Length 1.35-1.70 mm (holotype 1.40 mm). Proportions 2.25 × as long as wide. Frons simple, convex, flat and shining up to the level of the eyes. Antennal club with three straight or barely procurved sutures marked by a mixture of coarse short setae and longer setae with length approximately the same as distance between sutures. Antennal funiculus with four funicular segments. Pronotal profile widest in line with the centre of the disc. Pronotal margin armed with six serrations, irregularly spaced and sometimes partially fused. Pronotal declivity broadly rounded, with approximately 50 asperities. Pronotal disc occupies approx. one third of the length of the pronotum, gently sloped, uniformly weakly asperate. Pronotal vestiture mostly of golden scale-like setae which are approximately as long as wide, with sparse longer dagger-like setae. Suture between pronotum and elytra almost straight. Scutellum very small, triangular. Elytra 1.8 × as long as pronotum, dark brown, broadly rounded with no clear transition to the declivity. Elytral texture rugose, with punctures from the ground vestiture approximately half of the diameter of the strial punctures, and interspaces irregularly rugose. Striae barely apparent, visible as rows of slightly larger punctures and fine, white, hair-like setae. Interstrial bristles erect, weakly flattened with pointed tips, those near the elytral suture are shorter and broader than those in lateral regions. Interstrial ground vestiture tridentate, 1-2 × as long as wide, brown, with a weak iridescence, and distributed across the elytra including between strial punctures. Mesocoxae moderately separated, more than distance between metacoxae. Proventriculus not examined.

The name is an adjective derived from a combination of the stem of the Latin noun mōrus for mulberry, a linking vowel - i - and an adjectival suffix vorus, meaning eater.

This species has widely been misidentified and misspelled as " Cryphalus exignus  ", with the first instance of the spelling Niisima (1909) referring to Japanese specimens likely of C. exiguus  . Since the authority is clearly indicated in the earliest instance, we consider this a misspelling of exiguus  , rather than a nomen nudum.

Under the name C.  " exignus  ", which probably referred to this species, Yin and Li (1984) present photos of the proventriculus and aedeagus. The proventriculus differs slightly in the width of the patch of apical teeth. No voucher information for these specimens exist, and it is unclear if this variation is from within this new species or included specimens of C. exiguus  .

This species has been widely described as a pest of Morus  . Named as exignus  , this species was described to feed on developing buds of mulberry in early spring, sometimes reaching significant numbers to affect yields ( Yin et al. 1984).

Using the key by Tsai and Li (1963), specimens of this species would key to C. manschuricus  , but would differ in the scales on the pronotum, the size, proventriculus and aedeagus. 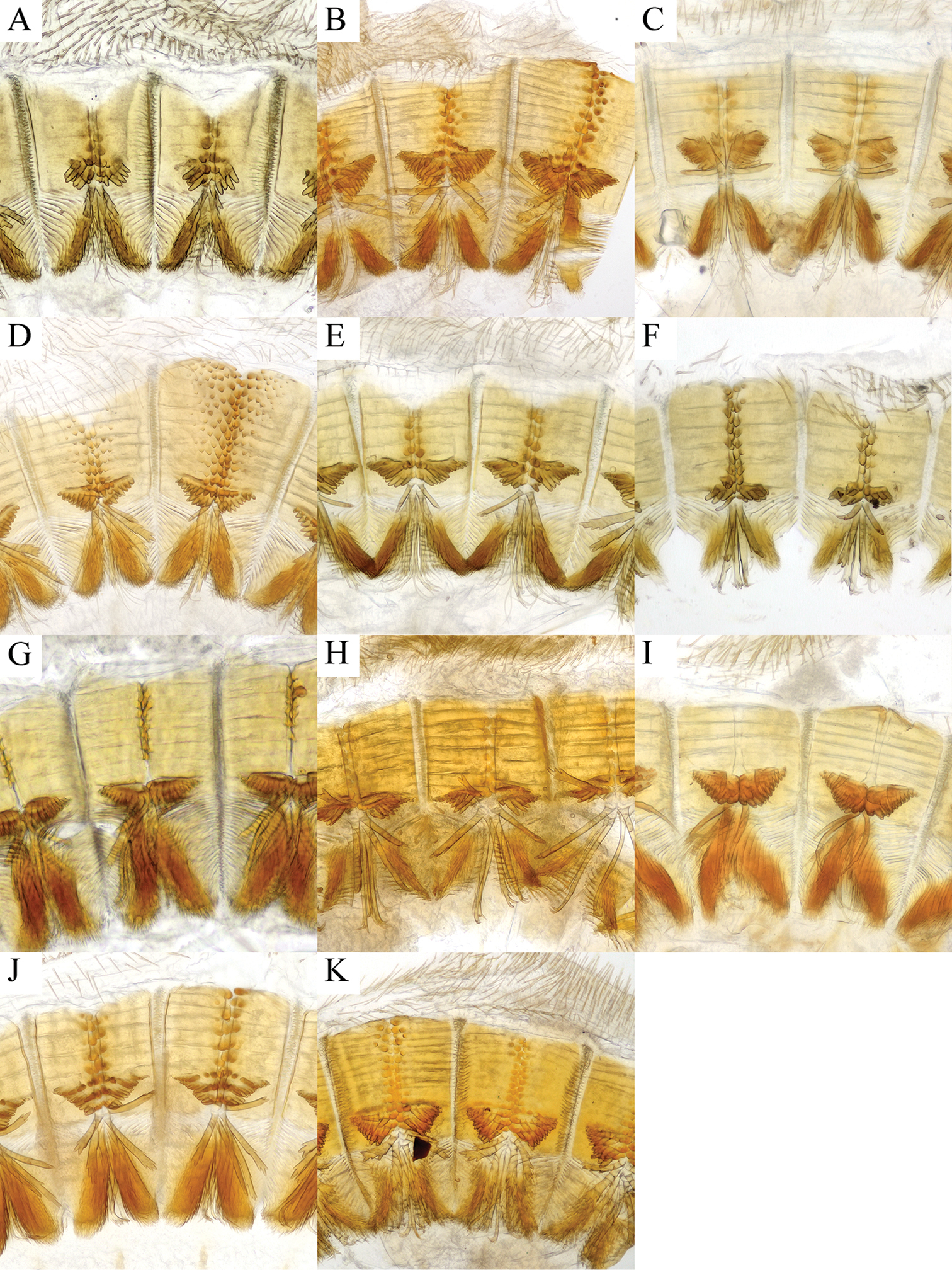 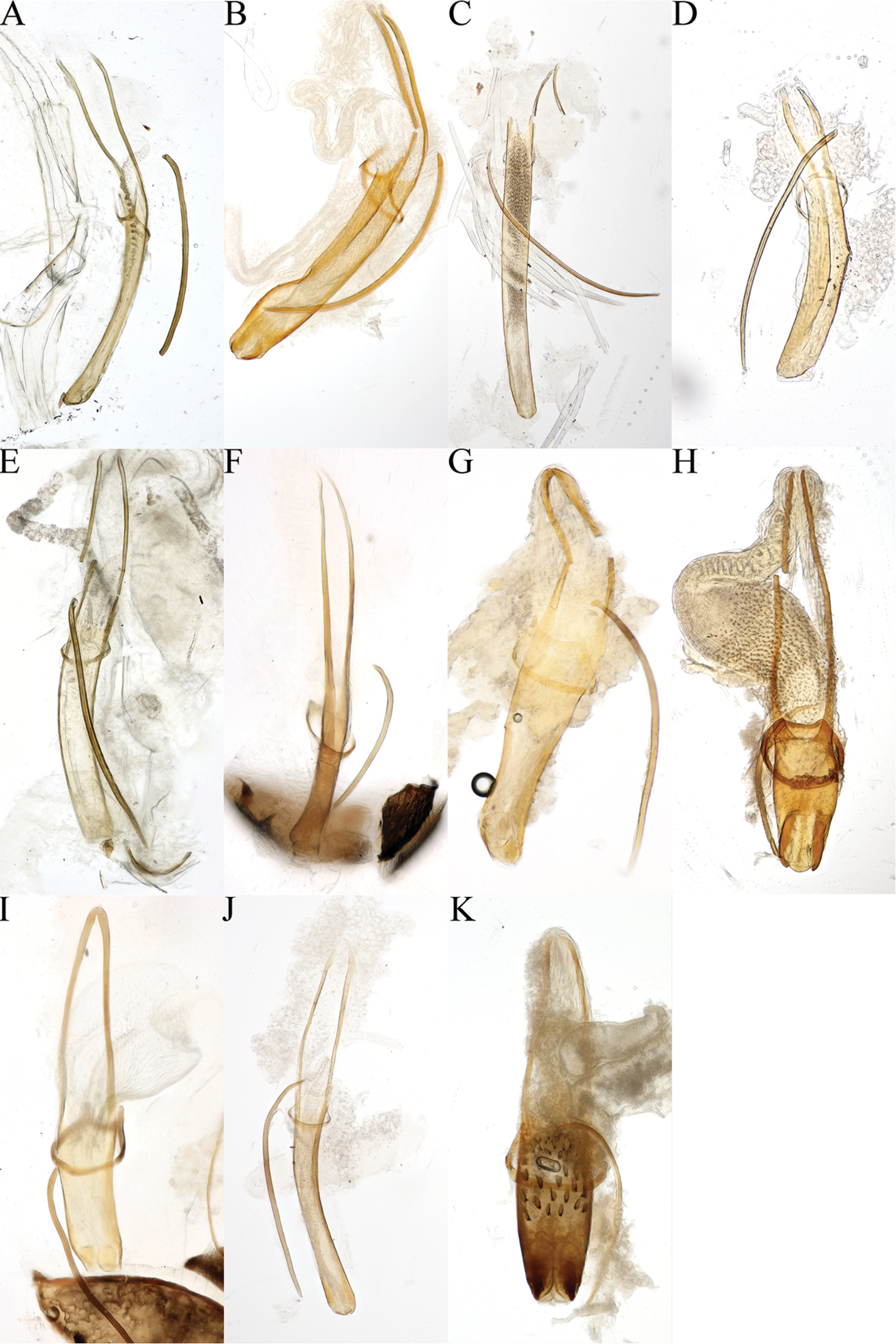 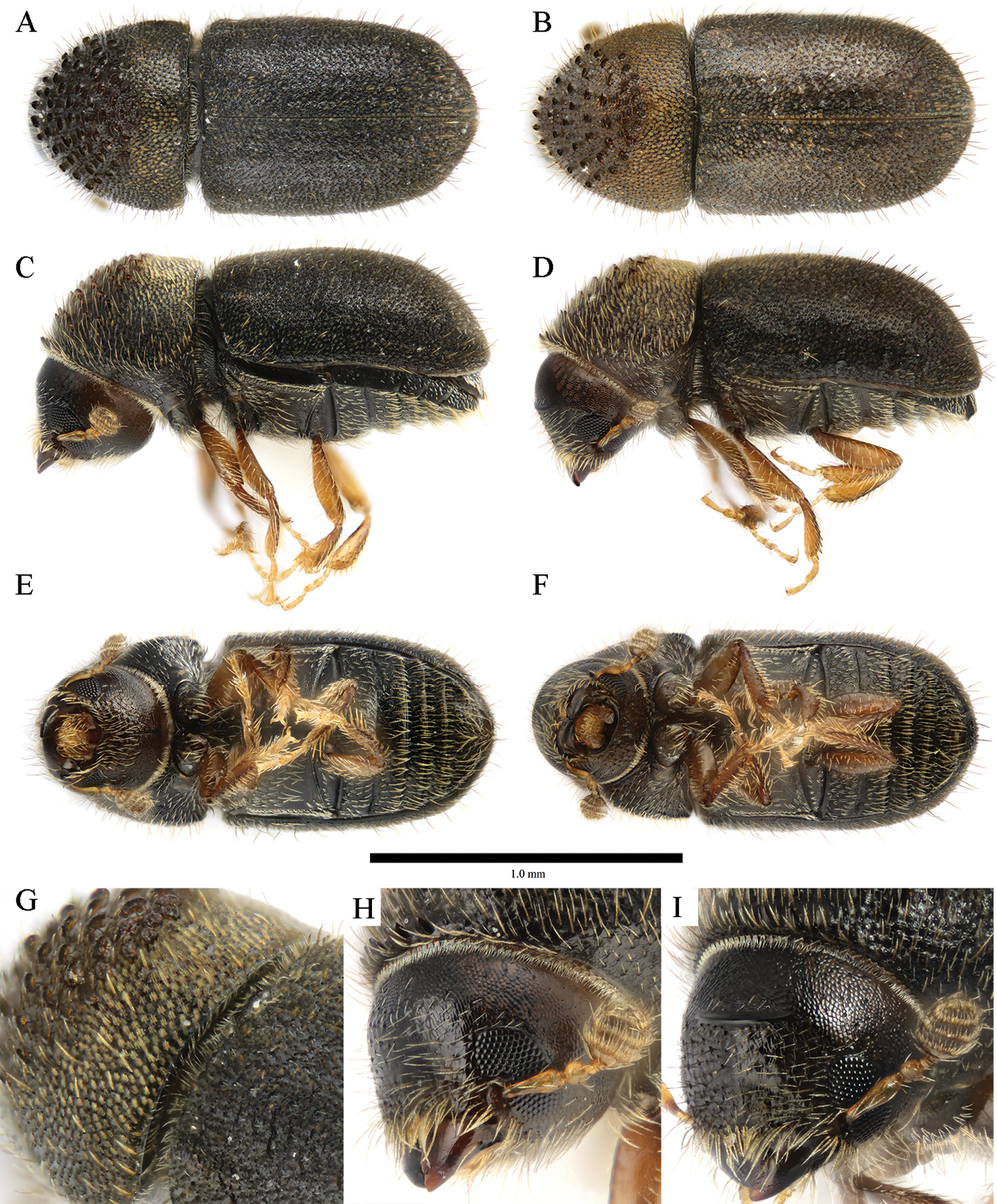