Several males and females of T. tenuissima   from Denmark (NMHD) were compared with illustrations from Klimaszewski et al. (2017).

Canadian specimens were collected by car-netting in mixedwood forests, while Palaearctic specimens are known from compost and other plant-based debris ( Horion 1967).

Thecturota tenuissima   is native to the Nearctic region and has become accidentally introduced to the West Palaearctic, including the Canary Islands, where it was previously known under the synonym T. marchii   ( Newton 2019). We expect this species to be broadly distributed in eastern North America and has been overlooked over much of its range because car-netting, an effective method for collecting small, obscure staphylinids, is rarely used in the Nearctic region.

Nearctic and Palaearctic populations do not differ in male and female genitalia or in external morphology. Molecular data were unavailable for the Nearctic population, which was recently reported from Canada ( Klimaszewski et al. 2017) but described from Rhode Island, USA in 1893 ( Casey 1893). However, we are confident that these species are synonyms. Muona (1984) stated that T. marchii   is a ‘recent’ introduction to Europe but from an unknown source. Thecturota   is primarily a New World genus, with ten described species in North and South America ( Newton 2019). Thecturota magnifica   (Machulka) is currently treated as a synonym of T. marchii   ( Newton 2019) and we simply transfer this name to synonymy with T. tenuissima   . The only Palaearctic species remaining is poorly known T. williamsi   (Bernhauer, 1936), known only from the type collected in Great Britain and probably a synonym of T. tenuissima   . The characters Bernhauer (1936) gave to separate his species from T. tenuissima   (as T. marchii   ) are slight differences in coloration and body proportions, which are both highly variable in the Palaearctic specimens of T. tenuissima   studied. Therefore, we consider T. tenuissima   to be a native Nearctic species that has become adventive in the West Palaearctic and suggest that genus Thecturota   is naturally restricted to the Nearctic and Neotropical regions. 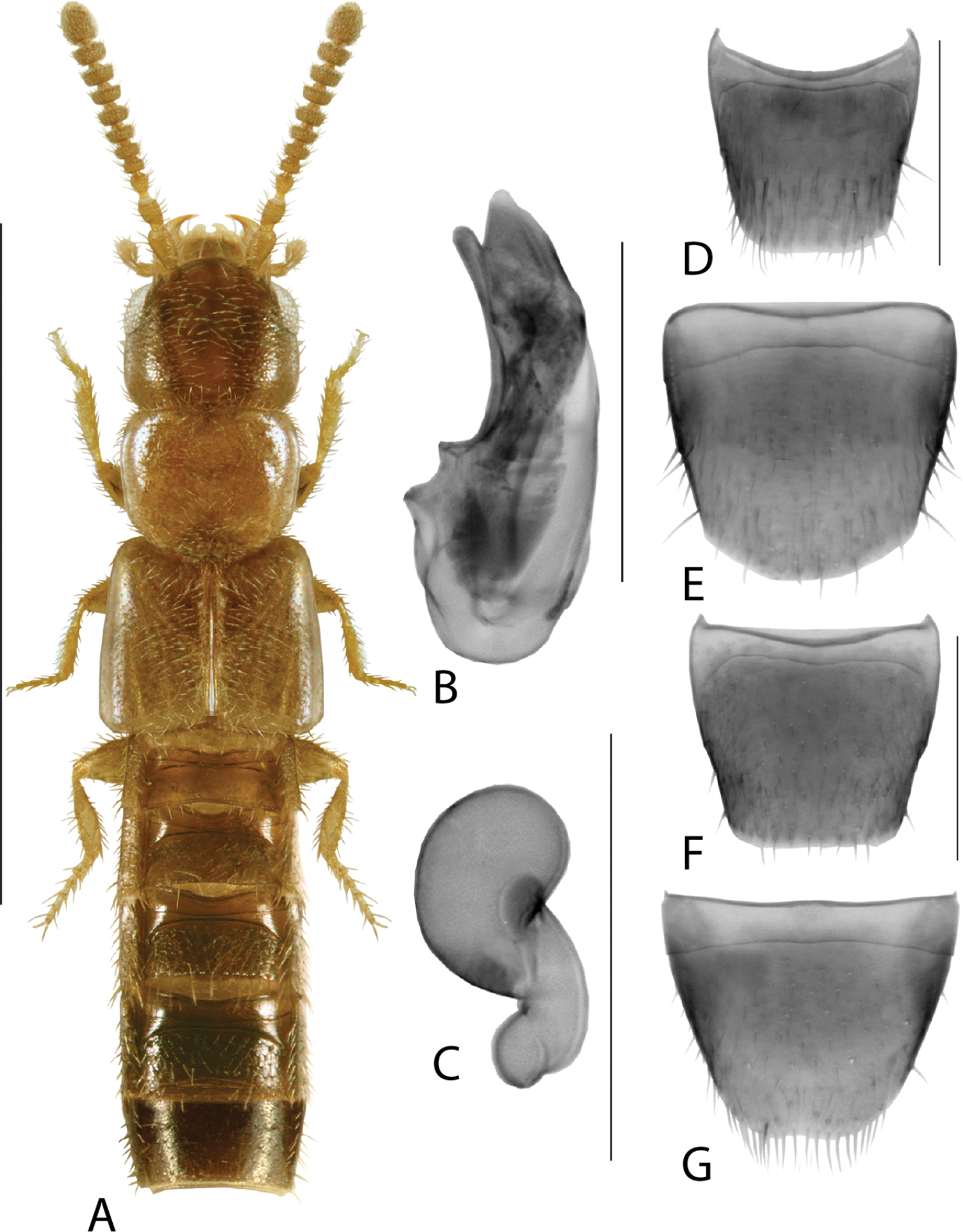