Gressitt (1952) compared the species to C. circumdata Herbst, 1799   and C. obtusata Boheman, 1854   however, both species are very different from C. imparata   and the reason why Gressitt compared it to these two is inapprehensible. Cassida imparata   is characterized by apparently appendiculate tarsal claws, uniformly yellow ventrites, semicircular pronotum, the base of elytra only slightly wider than the base of pronotum, elytra with raised postscutellar relief and diffuse pattern formed by black spots dispersed on yellow disc. Chen et al. (1986) separated C. imparata   from other similar species by subangulate lateral sides of the pronotum (see Fig. 8–36 in View FIGURES 4 – 11. 4 View FIGURES 12 – 19. 12 View FIGURES 20 – 25. 20 View FIGURES 26 – 31. 26 View FIGURES 32 – 36. 32 Chen et al. (1986)), however, the holotype has them rounded. The shape of lateral sides of the pronotum is usually a constant character and diagnostic for several taxa and subangulate shape is not particularly very frequent among Asiatic species of Cassida Linnaeus, 1758   . We assume that Chen et al. (1986) misidentified C. imparata   as the characters and figures given by them match to another species— C. pseudosyrtica Medvedev & Eroshkina, 1988   . However, comparison of Chenʼs specimens with types of the latter species would be desirable to confirm this. 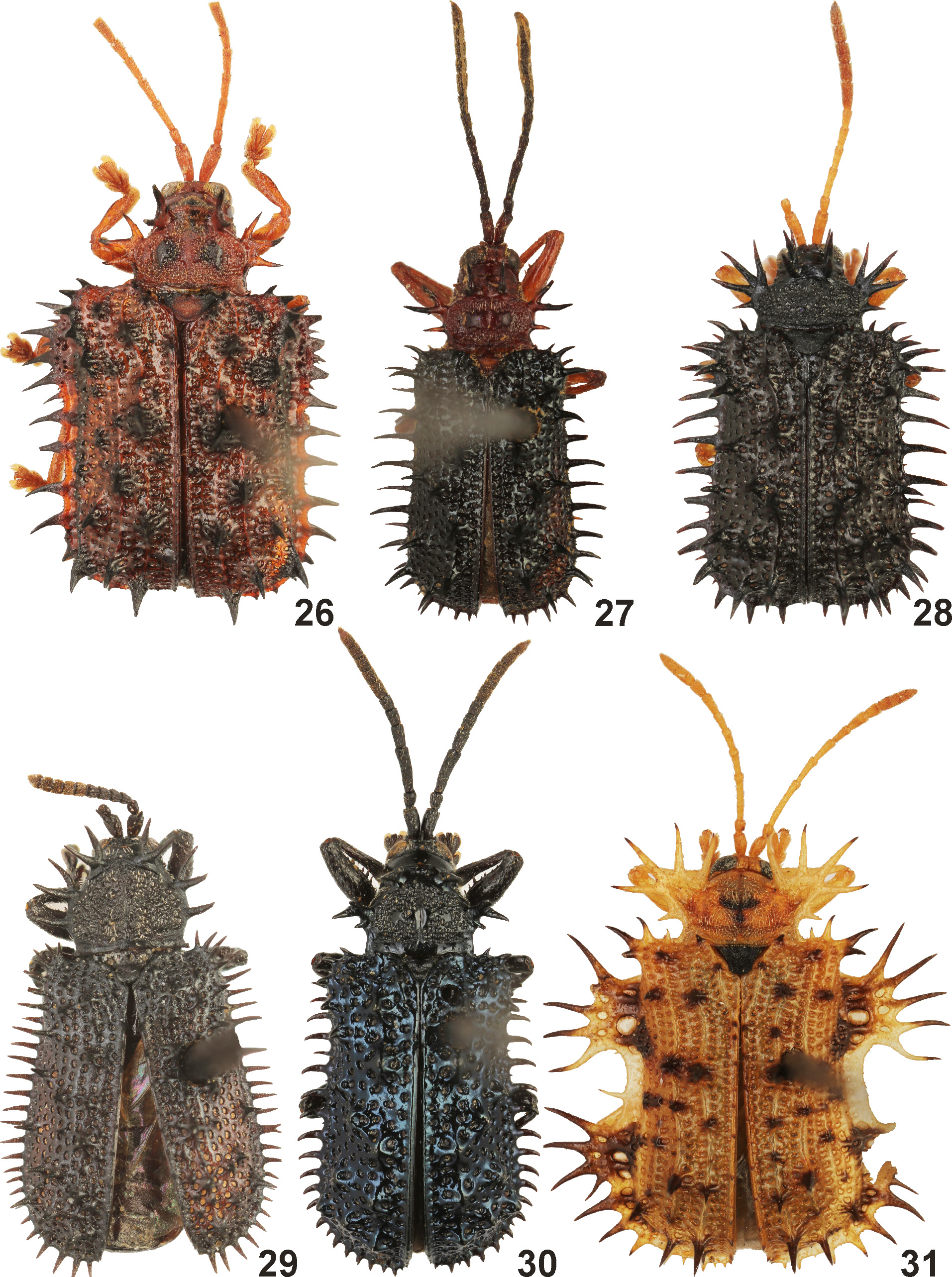 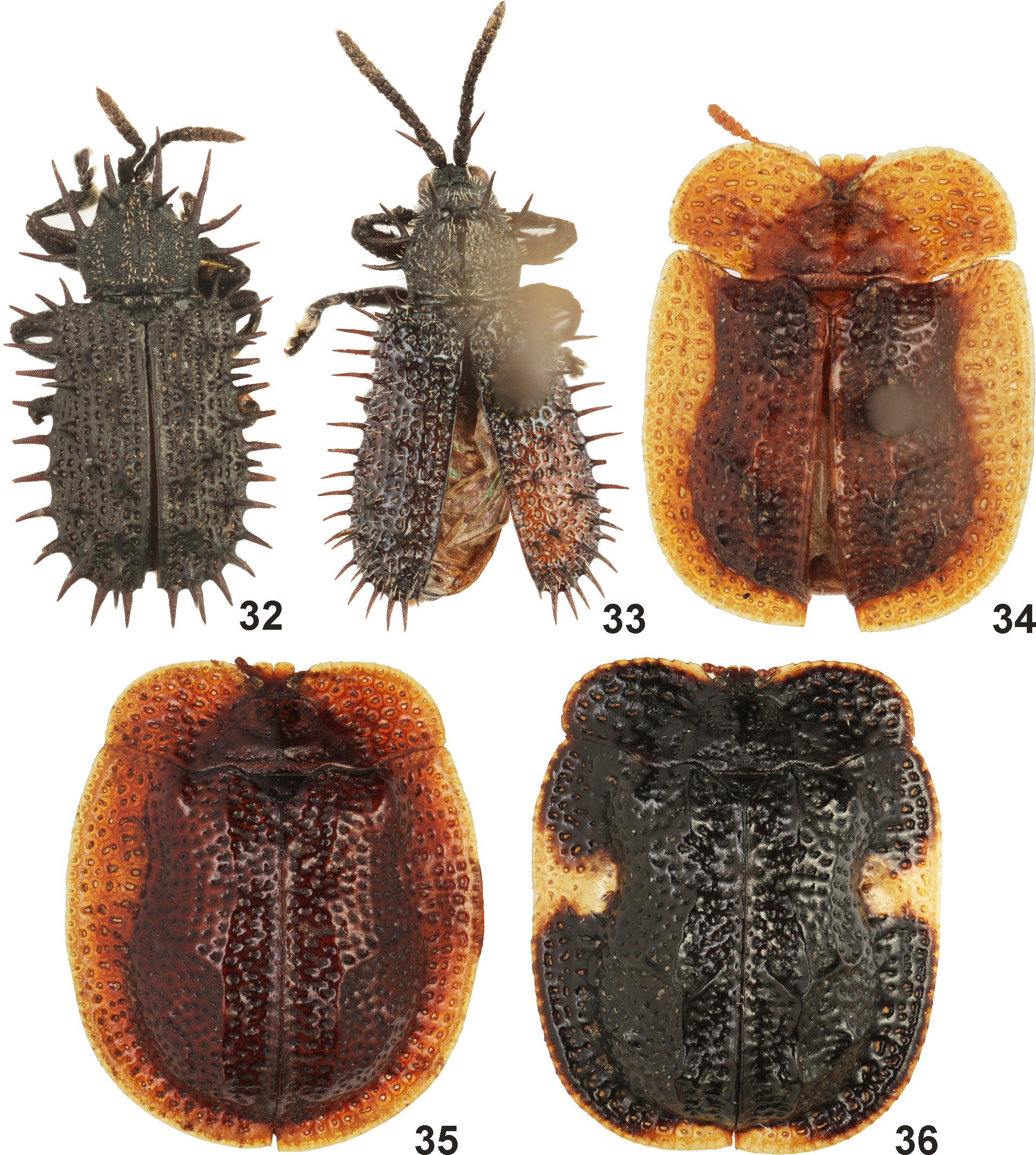