Prostomium as long as or longer, narrower or as wide as and less than half as deep as peristomium ( Fig. 5 View FIGURE 5 A, B). Prostomium dorsally completely flat or with anterior end higher; anteriorly rounded to triangular; not bilobed; median sulcus absent at anterior and dorsal sides, conspicuously present at ventral side.

Variation. In all examined specimens, jaws are semi-everted, which usually make prostomium seem less deep than when jaws are fully withdrawn. Maxillae are described based on non-type specimen. Both paratypes have symmetric maxillae, the left side is copy of the right side (MxI 1+1, II= 7+7, III absent, IV= 10+10, V= 1+1, VI absent), which may be a malformation. Mandible calcareous cutting plates are missing, probably dissolved due to formalin fixation. Spike-like serration present in some chaetae may be artifact of preparation. Unidentate subacicular hooks are, probably, result of wear.

Remarks. General features are similar to the original description ( Hartmann-Schröder 1984). The main divergences are the shape of the branchiae, number of teeth on MxIV and of pectinate chaetae. Branchiae are palmate with stem attached to the body wall. Branchial filaments are connected to the stems and not individually to the body wall as originally described. In the original description, number of teeth on left and right MxIV appears to be reversed. As in many Marphysa   species, M. sessilobranchiata   has thin pectinate at the anterior region and thick pectinate at median and posterior regions. In the original description only the thin pectinate were described. Attempts to recollect from the type locality for molecular studies were unsuccessful. 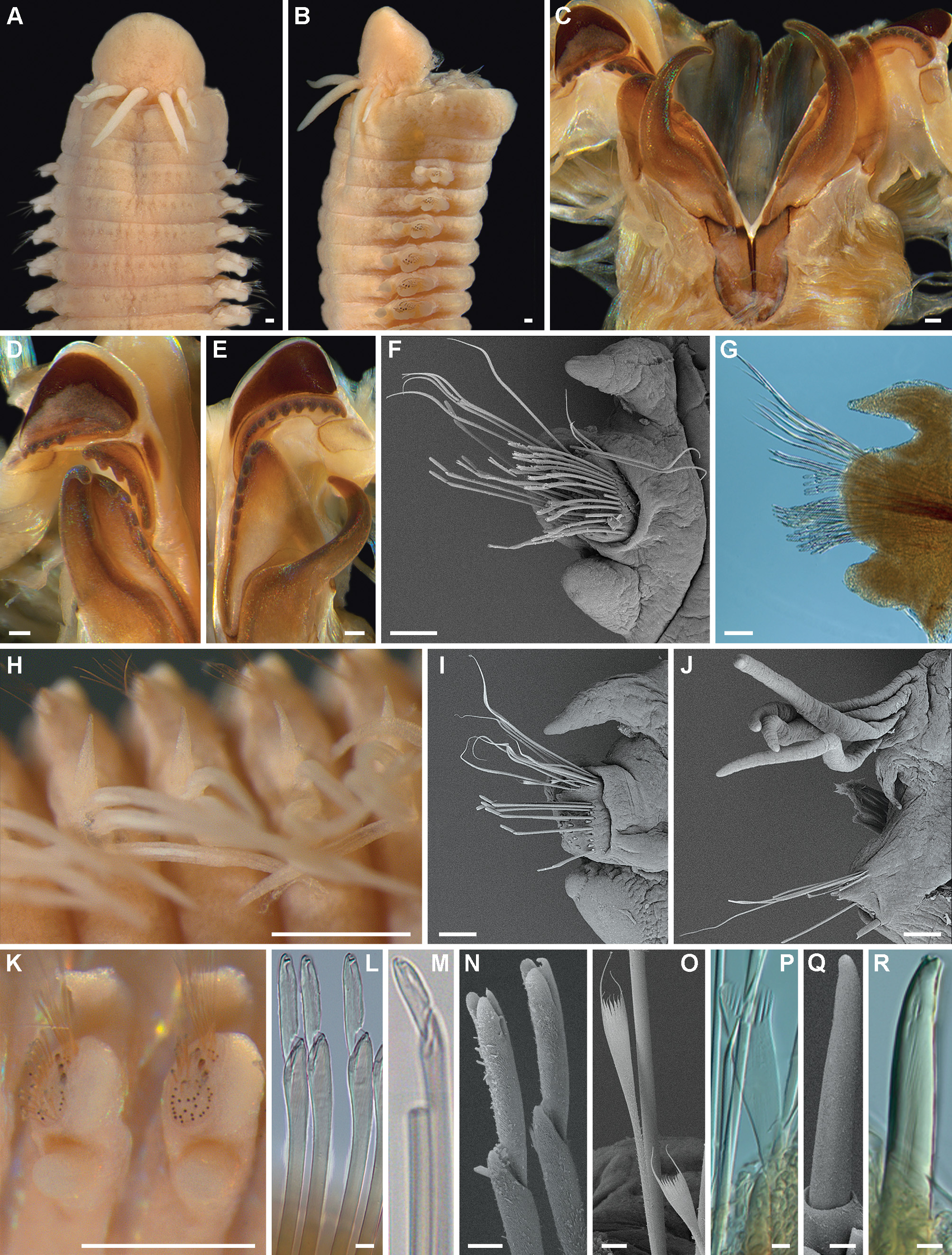