Pavonia sepioides   naturally occurs in Bolivia, Colombia, Ecuador and Venezuela. It was only recently described ( Fryxell 1999) as a segregate of P. sepium   A. St.-Hil., a more southern species with its main distribution in Brazil and neighbouring territories. These two species, as well as P. spinifex   (L.) Cav., belong to Pavonia sect. Urenoideae   A. St.-Hil. and are not easily distinguished. They are sometimes grown as ornamentals, especially in the subtropics and tropics, although probably not frequently so (none is mentioned, for instance, by Bird 2011, but see Huxley (1999). Some are also found as weeds ( Holm et al. 1979, Randall 2017). P. spinifex   is probably most widely grown (e.g. Sánchez de Lorenzo Cáceres 2000). It has large flowers 40-70 mm across and ovate leaves with cordate bases ( Fryxell 1999), unlike the plants recently found in Tenerife. These have narrowly lanceolate leaves and much smaller flowers. They correspond with the species formerly named P. sepium   . Fryxell (1999) segregated plants from northern South America as P. sepioides   . With the exception of the presence of a few hair tufts in the axils of the nerves of the lower leaf surface in P. sepium   , these two species largely overlap in all further character states. These hair tufts are not seen in the Tenerife plant material and, for this reason, they are here ascribed to P. sepioides   . It probably is not a coincidence that escaped and locally-naturalised plants in tropical East Africa (Uganda) were also attributed to that species ( Verdcourt and Mwachala 2009). ' P. sepium   ' has reportedly been known as a garden ornamental in Tenerife ( Reyes Betancort and Pérez-de-Paz 2000). From Portugal, ' P. sepium   ' was recently reported by Almeida de and Freitas (2012). The species escaped from a Botanic Garden in Lisbon and exhibits invasive behaviour ( Forte et al. 2011).

The provenance of the plants observed in Tenerife is unknown. They grow relatively near to the Botanic Garden and on the verge of a hotel garden (foot of fence, covered in Pyrostegia venusta   ) and may have escaped from one of these (Fig. 7 View Figure 7 ). On the other hand, the fruits are long-spined and retrorsely barbed and therefore easily attach to clothing and fur. As a result, species of section Pavonia Urenoideae   have been introduced widely to foreign regions (see also Fryxell and Hill 2015 for P. spinifex   ). 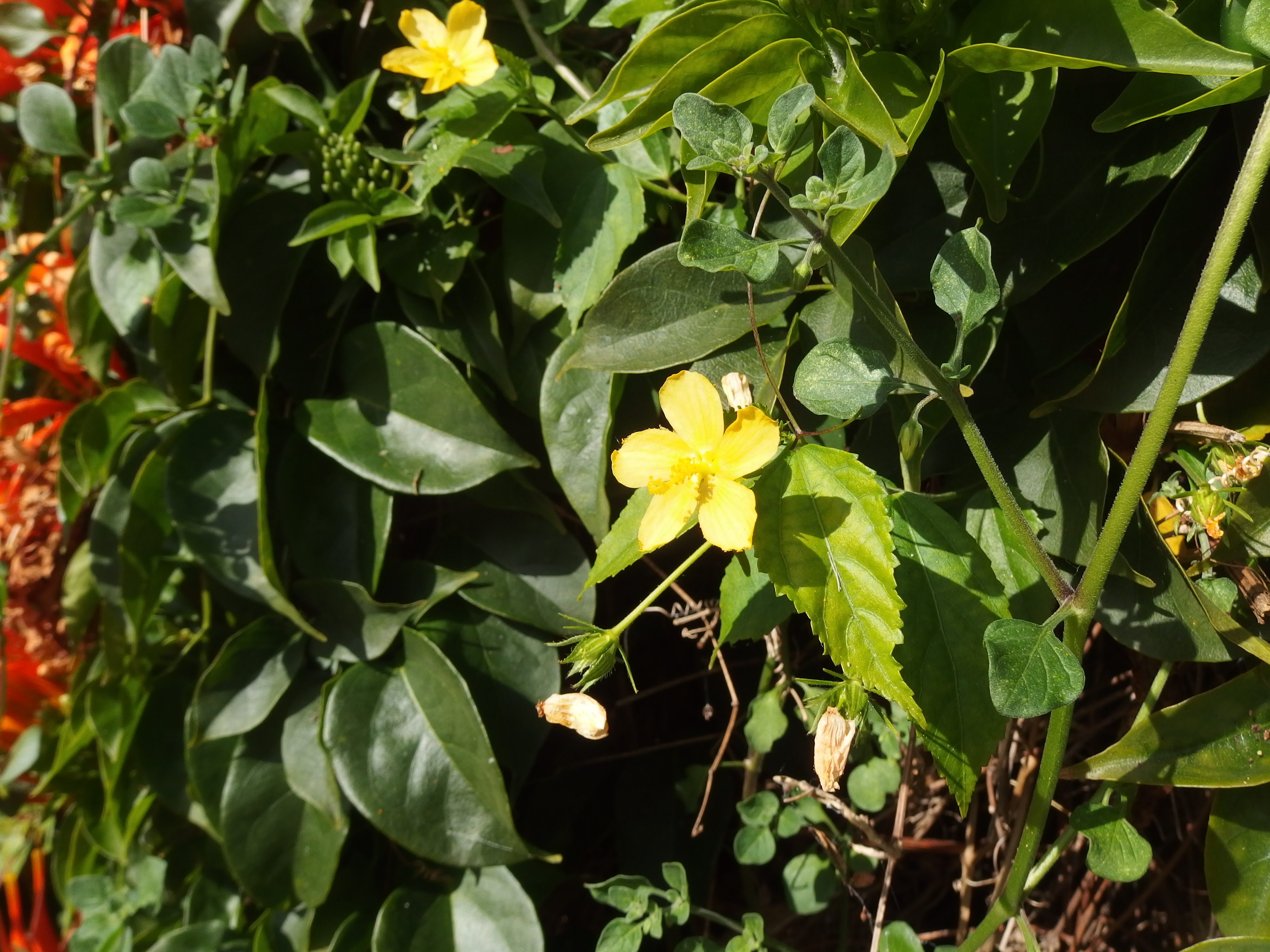