Distribution. This species was previously recorded for Saudi Arabia by Abu-Zoherah et al. (1993). It was described from Zaire and also recorded from the Afrotropical Regions: Nigeria, Zimbabwe ( Rhodesia) and Zambia ( Smith & Vockeroth 1980).

There are approximately 100 species of Paragus  worldwide most of these found in the Palaearctic region ( Thompson 2004). Paragus  are thermophilous but most species prefer xerothermic conditions ( van Veen 2004). Vujić et al. (2008) established two new subgenera within the genus Paragus  . These are Serratoparagus Vujić & Radenkovićé and Afroparagus Vujić  & Radenkovićé. With the addition of existing subgenera Paragus Latreille  and Pandasyopthalmus  Stuckenberg, therefore Paragus  consists of four subgenera. These divisions are based on molecular data and the data set of morphological characters including some features of the male terminalia not previously used in the systematics of the Paragini  . Most species of Paragus  are very variable, sometimes difficult to identify and easily confused with one another, and characters of the genitalia are essential for species identification. The species of the subgenus Pandasyopthalmus  are difficult to identify, differing mainly in the structure of the male genitalia. Stuckenberg (1954a) was the first to describe the intraspecific variability in the structure of the male genitalia in some species of the subgenus Pandasyopthalmus  . The females of most of these species can be identified only based on the characters of the accompanying males ( Stuckenberg 1954 a, b). The larvae of all the species of Paragus  are known to be predators of aphids and can be used in biological control of plant pests ( Coe 1953). Paragus  normally fly very close to the ground ( Speight 2020). 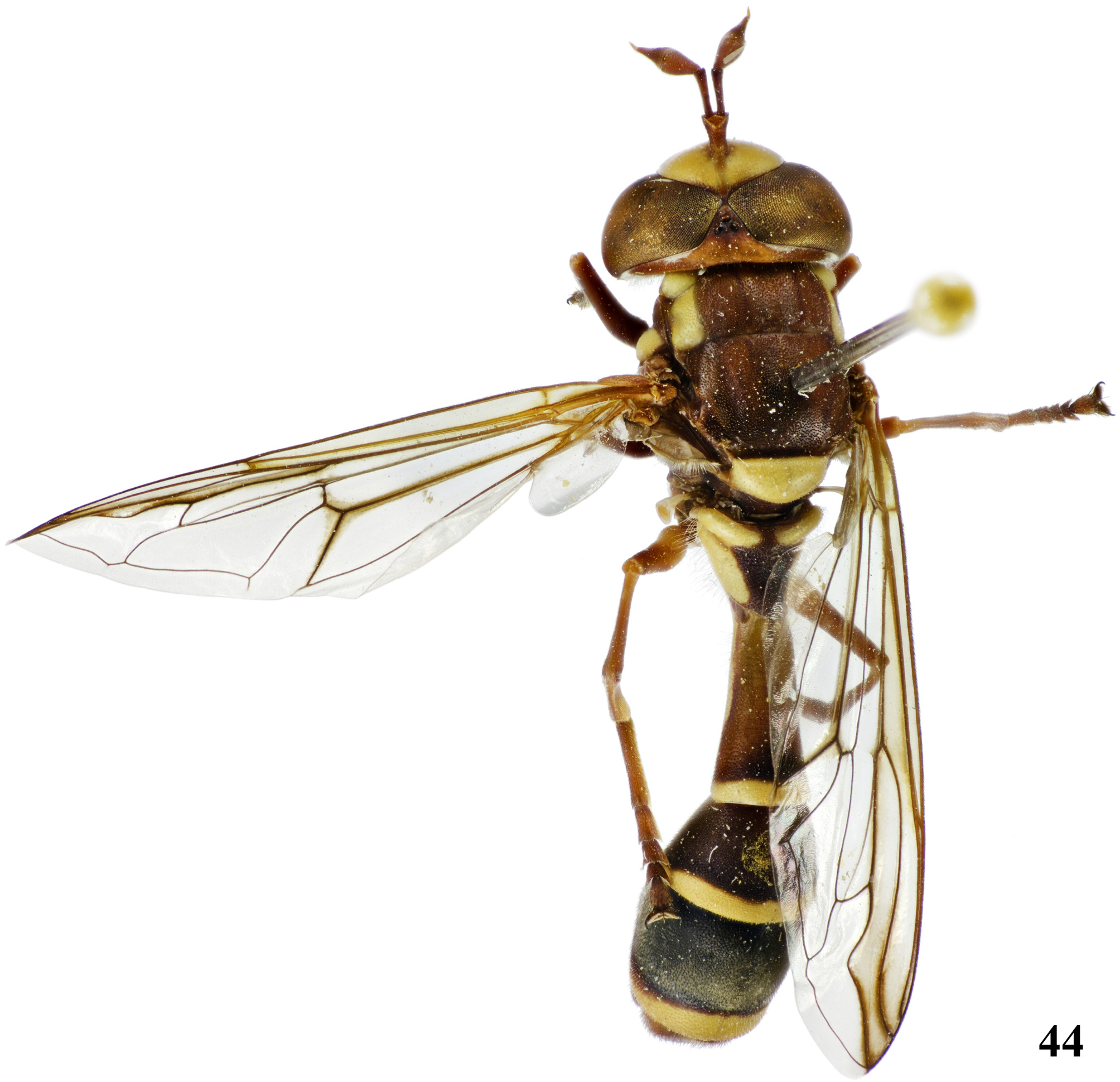