Distribution. The taxon was described from Kenya and is further recorded from Tanzania.

Remarks. Smit et al. (2017) examined both sexes including the dissected male genitalia of material originating from Yemen, which was closely related to P. naso  and compared them with the original description of P. naso  , but they concluded that none of the specimens fit the original description perfectly. They took into account a further similar species, P. nasutus Bezzi  from Tanzania and Ethiopia (including Eritrea), of which the description is inadequate for recognition and of which they could not examine types. Therefore, they recorded the species they had as ‘cf. naso’. Of the Najran male we therefore compared its terminalia with that of Stuckenberg’s 1954a:129, fig. 34 of the terminalia in profile. The metric comparison made is the measurement of Stuckenberg’s figure using a millimetre ruler as against the measurement of the Najran specimen using an eyepiece graticule. The principle difference lies in the surstylus, which in the Najran specimen has a right-angled truncate apex, whereas in Stuckenberg’s figure it is an obliquely roundedly truncate, resembling a beak. Also the length of the surstylus as against the length of the epandrium in the Najran specimen is in a ratio of 9:15, whereas in Stuckenberg’s figure it is 21:22. In the Najran specimen the fine setulae on the sternites are yellow (not mentioned in the original description). Perhaps these differences are due to morphologically different populations from different geographical regions. Stuckenberg 1954a:108, figs 10–13 depicts a more profoundly different structure in the male genitalia of P. longiventris  , which is a widely-distributed and often common species found throughout sub-Saharan Africa and also reported from Yemen. 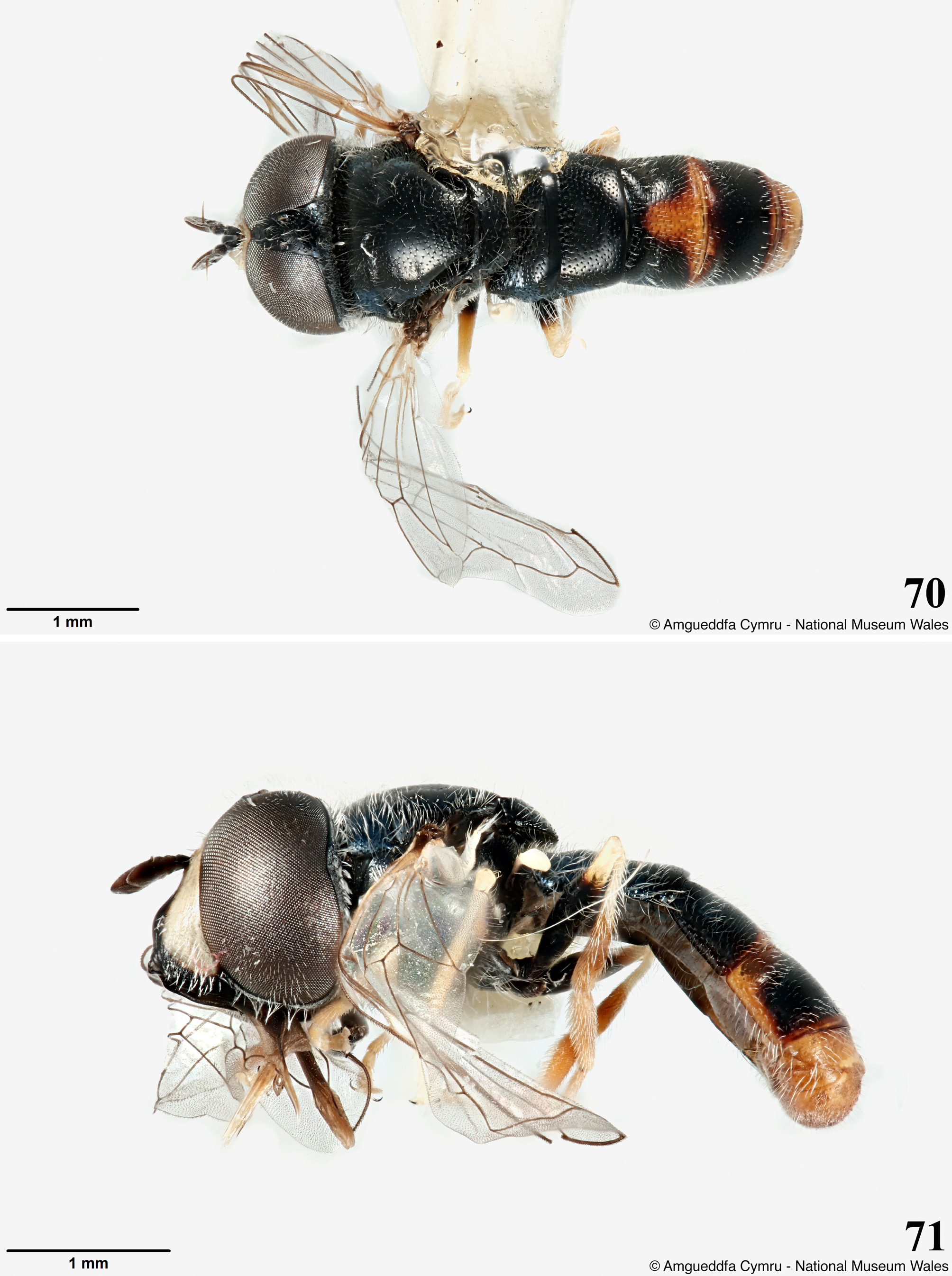