Remarks. Pineda & Marcos-García (2008) collected S. albomaculata  from rice fields and wild flowers in southeastern Spain. Ball & Morris (2000) reported that in Greece this species visits flowers such as Cytisus Desf.  in dry grassland. Smit et al. (2017: 594) have stated the references to S. albomaculata in Gillett & Howarth (2004: 140)  , Howarth (2006: 28), Gillett & Gillett (2002: 15) and Walker & Pittaway (1987: 107) are clearly misidentifications of E. luniger  and have given reasons for arriving at this conclusion (see also Discussion. Therefore, these records of E. luniger  should be regarded as misidentifications of S. albomaculata  .

There are approximately 55 species of Sphaerophoria  worldwide most of these found in the Palaearctic and Nearctic regions. Species of Sphaerophoria  are predominantly associated with dry land, but it is apparent that some species prefer woodland reeds or marshes. Identification of most species is only possible by reference to male genitalia ( van Veen 2004). Sphaerophoria  has the scutum bears a strong yellow line unbroken all the way from postpronotal lobe to scutellum. Sphaerophoria  lacks the trochanteral spine that is diagnostic for the male of Ischiodon  . 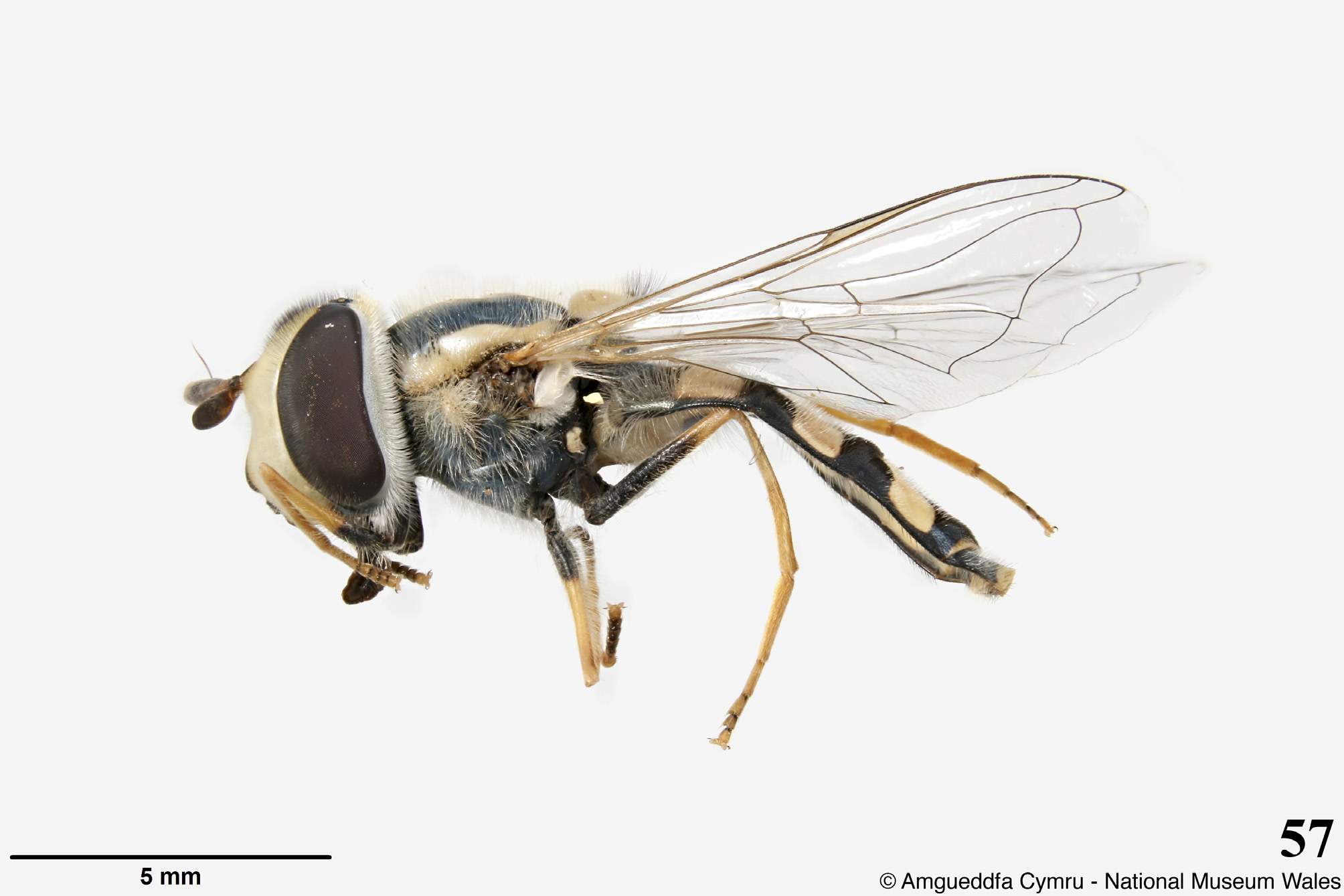