Distribution. This species was previously recorded for Saudi Arabia by Abu-Zoherah et al. (1993). It was described from the “Ostindien” (East Indies), without further information as to which parts of East Indies. Since it also occurs in Papua New Guinea and Taiwan, it probably occurs throughout the East Indies ( Thompson & Vockeroth 1989). It is widespread in the Oriental ( India, Pakistan and Sri Lanka) and Afrotropical Region including Réunion ( Smith &Vockeroth 1980; Peck 1988; Whittington 2003; Ghorpadé 2014; Sengupta et al. 2016). Within the Arabian Peninsula, previously known only from Yemen ( Smit et al. 2017). There is a series of adults from Nigeria (Zaria, Samaru) in NMWC reared in 1979 from larvae that were almost destroying a psyllid colony (gen. nov. nr. Arytainia) on Piliostigma thonningii (Schumach.) Milne-Redh  leaves.

Remarks. Larvae of this species have been recorded as predators of the African psyllid Trioza erytreae (Del Guercio)  , a serious citrus pest ( Quilici et al. 1988). Al-Ahmadi & Salem (2000: 29) recorded T. erytreae  from Saudi Arabia as a pest of citrus trees but there is no record of A. sapphirina  attacking this pest in Jazan and this needs to be investigated.

The genus Allograpta  with approximately 138 species isfound in all areas (except Antarctica and the extreme north and south and most of the Palaearctic Region), and the majority of these species occur in the Neotropical region (84 species) ( Thompson et al. 1976; Nishida et al. 2002; Mengual et al. 2009; Betty & Thompson 2010; Ramage et al. 2018). These flies show considerable variation in morphological characters, such as colour pattern and head shape. Adult flies are pollinators and flower visitors and the immatures of most species are predators of soft-bodies hemipteran pests (see Rojo et al. 2003 for review of published prey records). Recent studies have revealed that some species are secondarily leaf-miners ( Nishida et al. 2002; Burt & Mengual 2017), stem-borers ( Zuijen & Nishida 2011) or pollen-feeders ( Weng & Rotheray 2009). 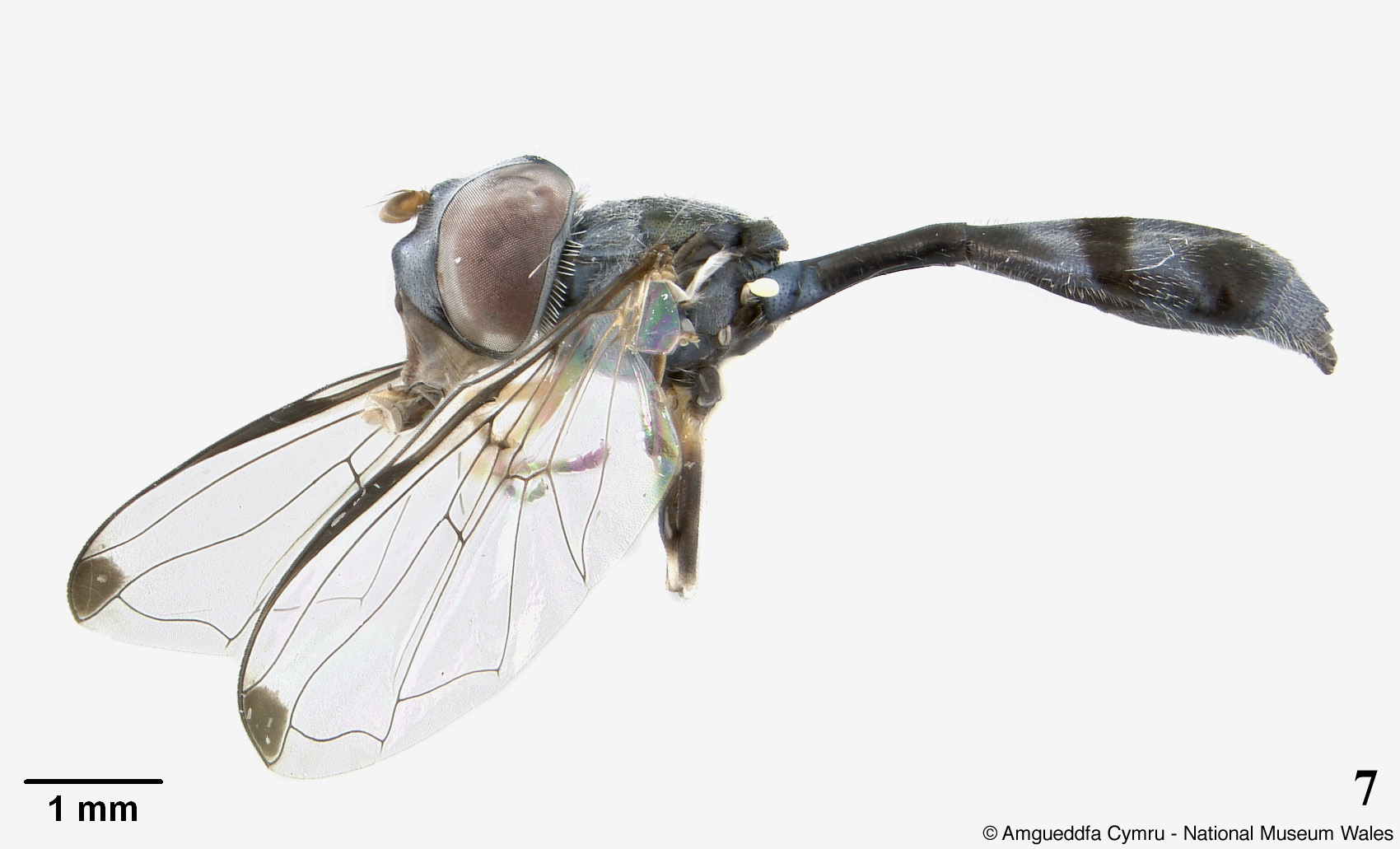