Remarks. E. aeneus   is regularly found hovering very fast and low over bare ground or stones as well as vegetation. The behaviour is reminiscent of muscid flies, but the eyes being covered with dark spots immediately announced the fly’s identity. The larvae have the anal segment elongated into a long siphon and live in a semi-aquatic environment, filtering bacteria and organic material. When the larvae found in coastal situations can develop in rotting seaweed in rock pools along shorelines ( Haffaressas et al. 2017), but inland it has been found associated with animal dung in wet situations and even in sewage farms ( Stubbs & Falk 2002; Speight 2020). It was found thriving in a pool in Wadi Amdat, Dhofar, Oman, in which the water was heavily contaminated with heavy metals and contained mats of colourful algae (J.C. Deeming, per.comm.). In Europe it hibernates as an adult. 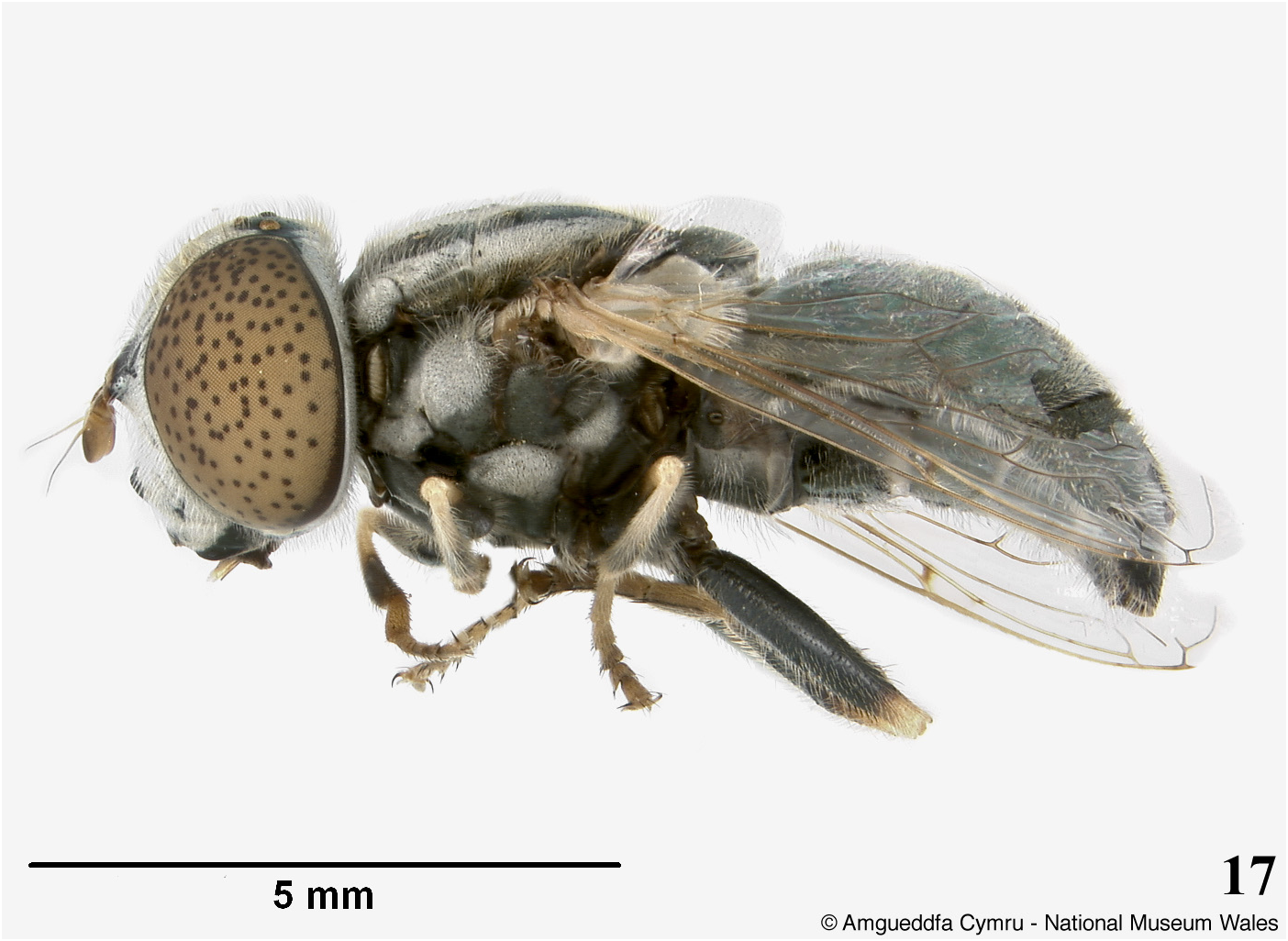