The species epithet refers to the longitudinal impression on the pronotum, most strongly developed in males.

Gnypeta impressicollis   can be easily distinguished from all Nearctic species of the genus (except eastern G. baltifera   (LeConte)) by the hexagonal pronotum with a longitudinal impression in the basal half (females) to nearly entire pronotal length (males). Males also have an impression on the vertex of the head. We have examined the female type of G. baltifera   and it is externally similar but differs by the shorter, less angulate hexagonal pronotum, reddish and longer elytra and spermatheca with an elongate stem (C-shaped in G. impressicollis   ).

Specimens were collected by sifting leaf litter along a lake margin and by treading pond vegetation.

It was challenging to place this species in either Gnypeta   or Ischnopoda   Stephens based on the concepts of Paśnik (2010). The extremely long legs, pronotal shape, C-shaped spermatheca and superficial punctation of the pronotum and abdomen are consistent with at least some Neotropical members of Ischnopoda   but the ligula of G. impressicollis   is divided to the base, which is considered to be a feature of Gnypeta   ( Pašnik 2010). The C-shaped spermatheca of Gnypeta impressicollis   also bears some similarity to the G. crebrepunctata   group of Klimaszewski et al. (2008) but it is rather different in external morphology. We place this species in Gnypeta   pending future systematic research. 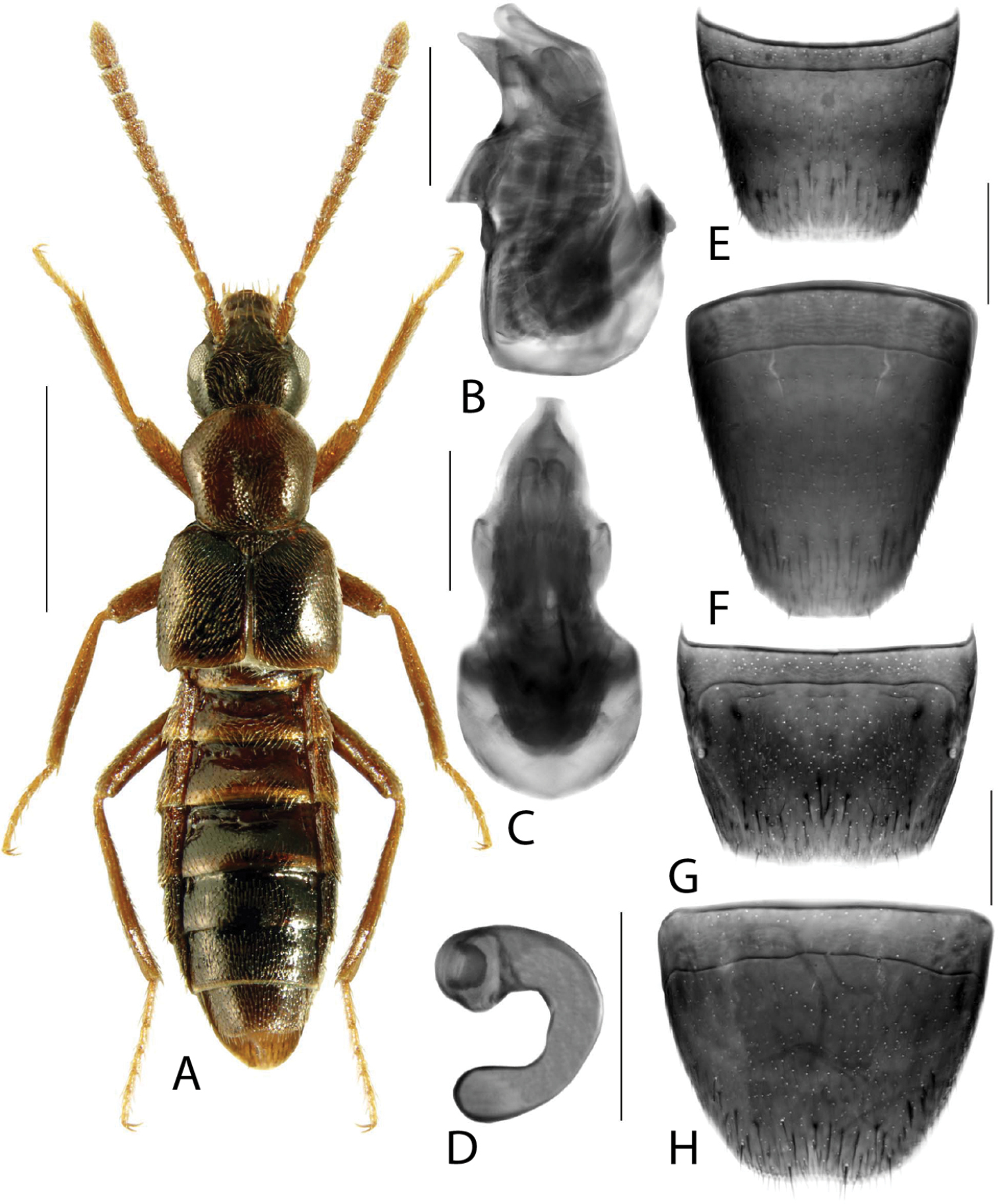