Diagnosis: Largest animals up to 3 mm long, without pigmented eyes. Body pigmentation absent. Zoochlorellae sometimes present. Male copulatory system is of the simplex-type. Female genital system is of the UNIPUNCTATA   - type. Oviduct opens in the distal part of the female genital canal.

The male copulatory organ is of the simplex-type (see GENERAL MORPHOLOGY section). The studied specimens all have two vasa deferentia, which unite at the point of entrance into the copulatory organ.

The female genital system is provided with an intestinal bursa ( Fig. 9: bi), a genito-bursal duct ( Fig. 9: dgb) and a female genital canal ( Fig. 9: fgc). Although the intestinal bursa is situated near to the gut in the studied specimens, a connection between the intestinal bursa and the gut was not observed (see remarks). The intestinal bursa is lined with a low epithelium, which is thickened at each place where a nucleus occurs. The genito-bursal duct is lined with a high nucleated epithelium and a muscular sheath, which consists of an outer longitudinal and a strong inner circular muscle layer. The oviduct ( Fig. 9: od) is short and lined with a high, nucleated epithelium. It opens into the female genital canal somewhat distally from the junction of the genito-bursal duct and this canal, which gives the impression of a small dilatation ( Fig. 9: dil) as was described by Marcus (1955 b). The exact place where the vitelloduct opens could not be clearly assessed.

Remarks: Marcus (1955 b) provided a very exhaustive description of P. foliacea   . However, there are some small differences between her description and that of Böhmig (1914) and our new material.

First, Marcus (1955 b) described two vasa deferentia, which unite at the level of the gonopore, to form a single vas deferens before entering the male copulatory organ. In the original description of Böhmig (1914) and in our observed specimens, the two vasa deferentia unite at the point of entrance into the copulatory organ. Second, Marcus (1955 b) also specifically mentioned and illustrated a connection between intestinal bursa and gut, which we could not see on the studied specimens.

New material consistent with that of Marcus is needed to ascertain whether or not these differences are significant enough to warrant splitting the species. For the sake of taxonomical stability we assume these small differences are because of intraspecific variation. Nevertheless, our material matches the original description of Böhmig (1914) and therefore all qualifying conditions for neotype designation are met ( ICZN 1999: Art. 75). 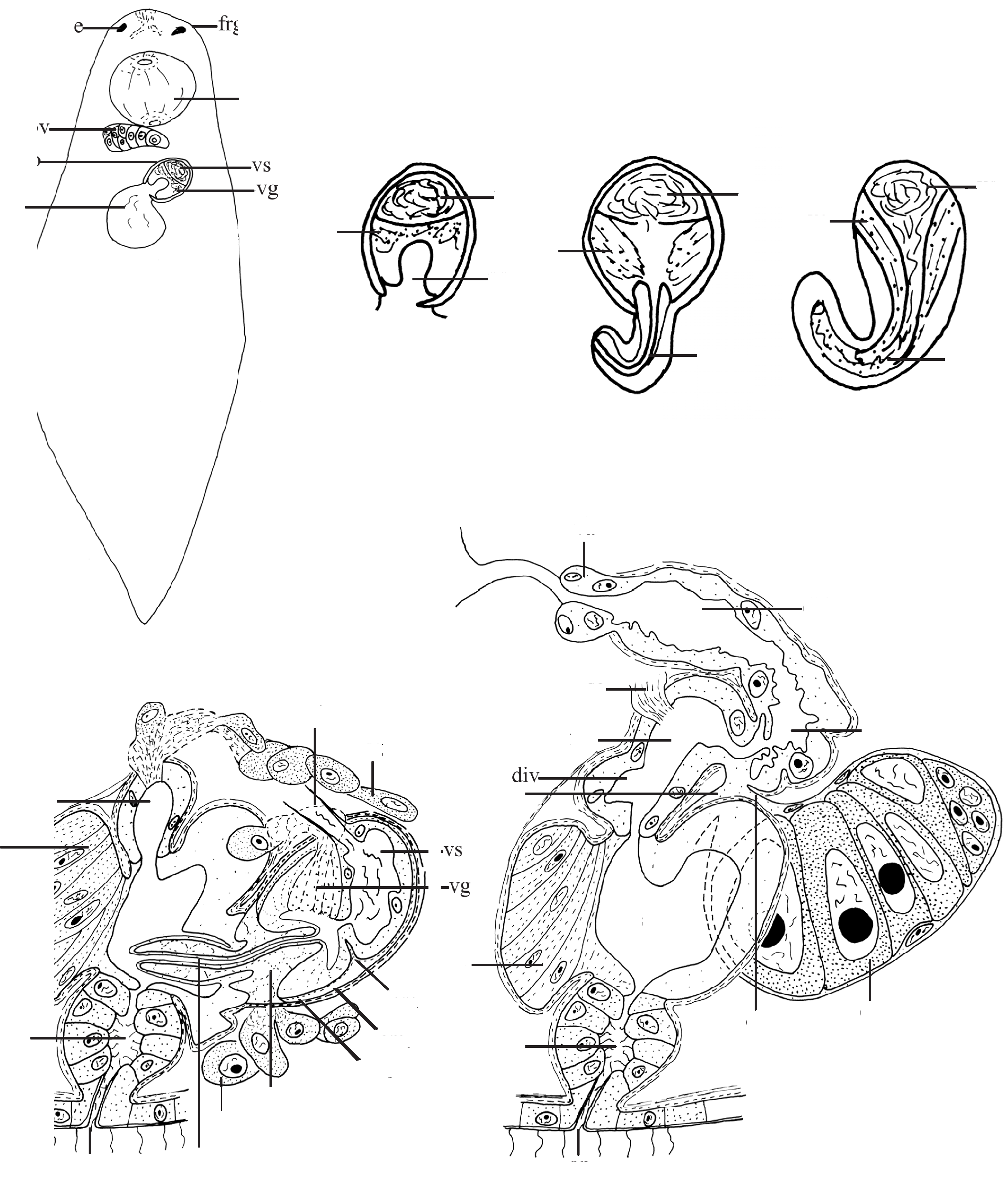