Selected characters of the observed specimens. Carapace yellowish, with 6 to 7 growth lines (plus margin). Number of segments: 20–21, number of telsonal spines: 21–25, number of setae of cercopods: 30–32, spine of cercopods small and subapical.

Female rostral variability. The specimens originally described by Martin & Belk (1989) from Paraguay, present bluntly rounded rostrum, whereas all five females from Argentina have pointed rostral tips, resembling the females of E. texana   . However, the head shapes of both species differ in the longer distance from the dorsal organ to the ocular protuberance in E. ovisimilis   . Female rostral variability (from rounded to pointed) has been experimentally induced in E. texana   derived from a single clutch exposed to different predatory pressures ( Rogers et al. 2012), or in E. magdalenensis   by raising specimens at different temperatures ( Roessler 1995).

Breeding system. Three out of the five females collected in Argentina, were ovigerous. However, since E. ovisimilis   was originally described from a population comprising 12.5% males, we can assume that this species is androdioecious. No spermatophore-like structures were observed.

Ecology. The type locality is a “shallow region with submerged grass about one week after heavy rains that filled a formerly dry pond-marsh” ( Martin & Belk 1989). The new localities for E. ovisimilis   were a temporary pond and a roadside pool. The unexpected finding of two specimens in the stomach contents of a Budgetts frog larva suggests the frog is a passive dispersal agent for this clam shrimp and that this species is relevant in seasonally astatic aquatic habitat food webs in the Chacoan biogeographical province. 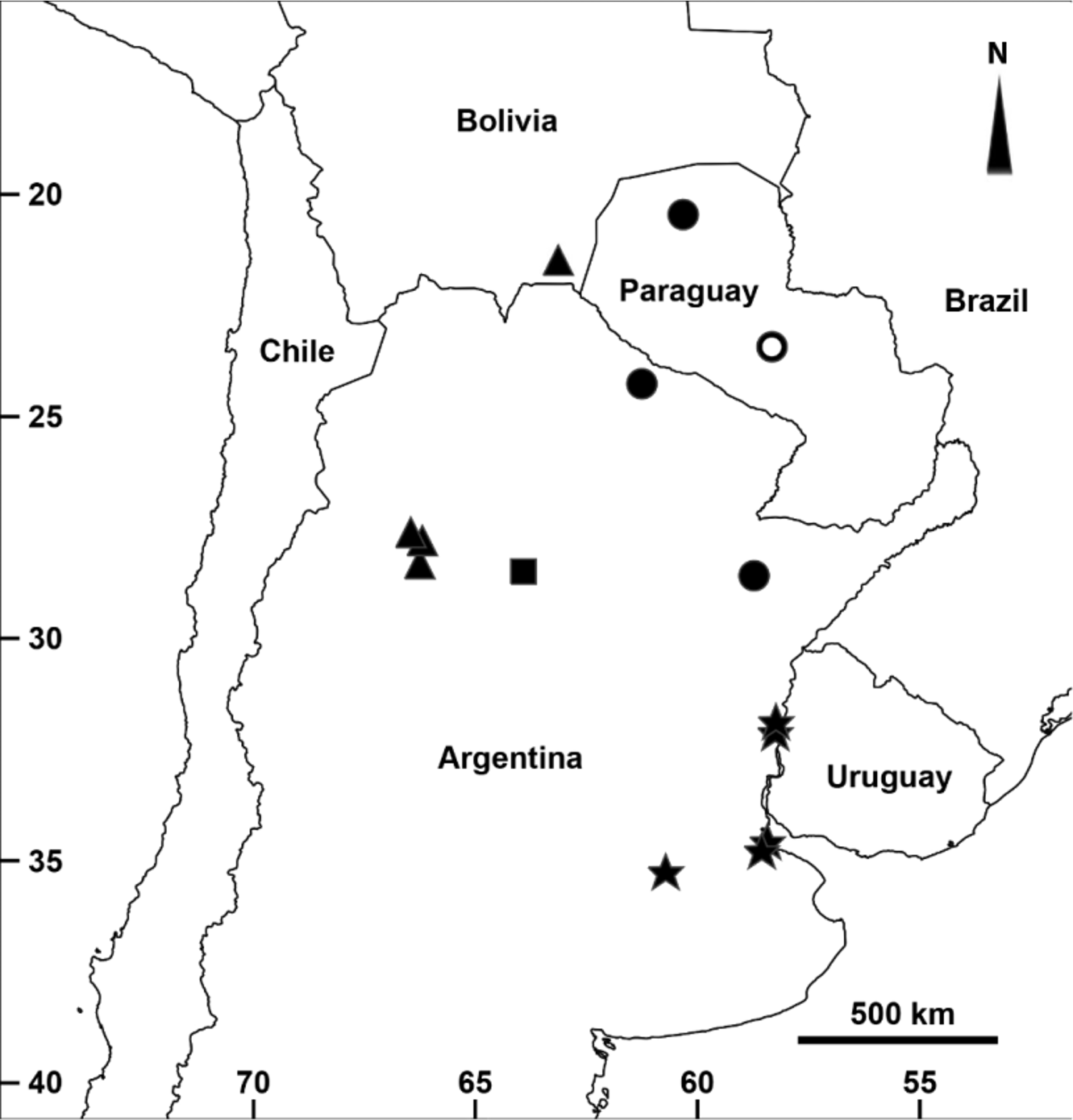