Diagnosis. A medium sized species with wide subapical channel, very wide aedeagus, and a pattern of various narrow, sclerotized rods in the internal sac ( Fig. 16); distinguished from most similarly shaped species by combination of wide prothorax with comparatively narrow base, and absence of regularly coiled structures in the internal sac. Further distinguished from the nearest related species P. punctatostriatus Baehr, 2013   and P. moluccensis Baehr, 2013   by pale latero-apical angles of the pronotum, longer elytra, the wide, pale margin of the elytra, greater number of deeplY impressed elYtral striae, and the different structure of the internal sac of the aedeagus.

Female gonocoxites. Very similar to that of P. drumonti Baehr, 2013   as figured in fig. 66 in Baehr (2013): Gonocoxite 1 large, without any setae at the apical rim. Gonocoxite 2 triangularly curved, with slightly obtuse apex; with one elongate ensiform seta in middle of the ventro-lateral margin, a large ensiform set in middle of the dorso-median margin, and two attached nematiform setae originating from a groove in the apical third of the median margin.

Collecting circumstances. The species was sampled at light and in “bucket trap” in open Eucalyptus   woodland with weeds, and at the edge of moss forest, both localities being slightly above 1000 m.

Remarks. This is the first species of Perigona   explicitly recorded from Timor. However, apart from the widely distributed P. nigriceps (Dejean)   which was also present in the examined material, other species are likely to occur on Timor, but have not yet detected as a consequence of the limited exploration of this island.

The new species in its external as well genitalic morphology is very similar to P. punctatostriata Baehr, 2013   from Sulawesi, less so to P. moluccensis Baehr, 2013   from the Moluccas. The close relationship to P. punctatostriata   is best seen in the similarly shaped aedeagus and rather similarly structured internal sac. But also body shape, striation of the elytra, and surface structure are very similar, though the colouration is quite different. ApparentlY the new species forms a group with both mentioned species, which would suggest that it is a southern Oriental faunal element. 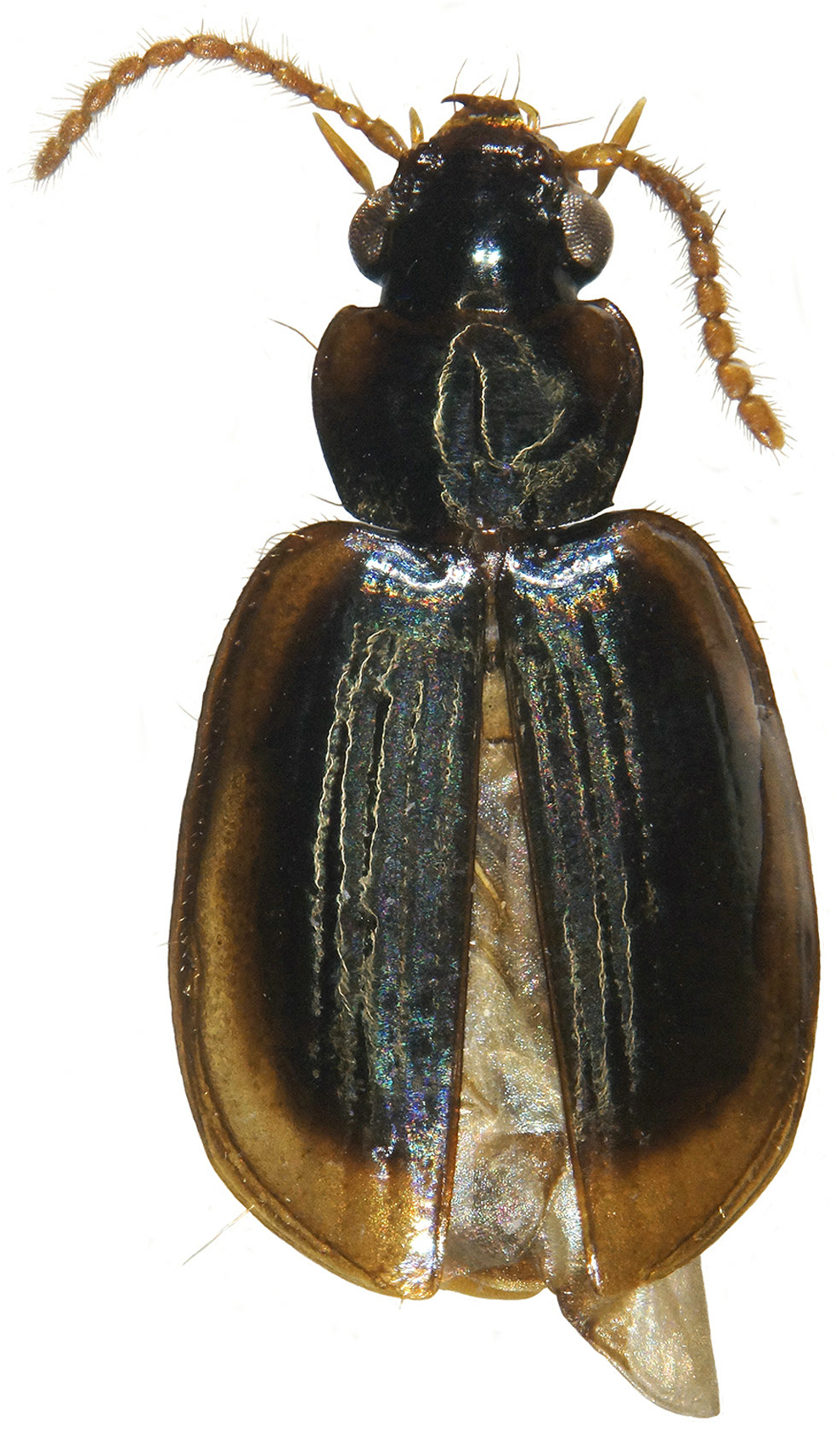