Etymology. The name refers to the range of this species, the island of Timor.

Diagnosis. Rather small, unicolourous yellow species; distinguished from the most similar species L. keiana Baehr, 2012   by basally distinctly sinuate lateral margins of the pronotum, longer elYtra, and different arrangement of the denticulate folds in the internal sac of the aedeagus.

Pronotum ( Fig. 10 View Figure 10 ). Wide, considerably wider than head, widest at or slightly in front of middle, slightly narrowed basad. Apical angle widelY rounded off, lateral margin anteriorly very convex, from middle slightly obliqueconvex, in front of the produced, less than rectangular, basal angle distinctly sinuate. Base in middle much produced, lateral excision deep, lateral parts of base transversal, almost straight. Apex laterally margined, in middle not or indistinctly margined, base in middle coarsely margined. Lateral margin explanate throughout, explanation even widened basad, marginal channel fairly deep. Surface with a distinct, moderately deep prebasal transverse sulcus. Disk with quite irregular, concave wrinkles that are more pronounced in basal half; with distinct, about isodiametric microreticulation which is finer and more superficial in the apical half and rugose in middle of the basal half; and with sparse, verY fine punctures, surface rather dull to moderatelY glossy.

Variation. Rather uniform species, but the largest specimen bears a comparably narrow pronotum.

Collecting circumstances. All specimens collected at light, in moss or rain forest at median altitude.

Remarks. Lebia timorensis   is the first species of the genus Lebia   explicitly recorded from Timor. But this probably is a consequence of the almost non-existent exploration of that island. Additional species from other species groups in future will be detected on Timor, as biological exploration of this island is intensified.

The new species forms a distinct species group together with a number of similarly shaped, but not always similarly coloured, species that possess structurally rather similar male genitalia, as noted above. These species occur on the nearby Kei Islands, on New Guinea, New Britain, and certain islands of the Solomon Archipelago. The group may include additional, not yet detected or described species from the mentioned area, perhaps even from other islands. However, the distribution of the group clearly demonstrates its Papuan provenance, and thus, the new species from Timor is a Papuan faunal element rather than an Oriental one. 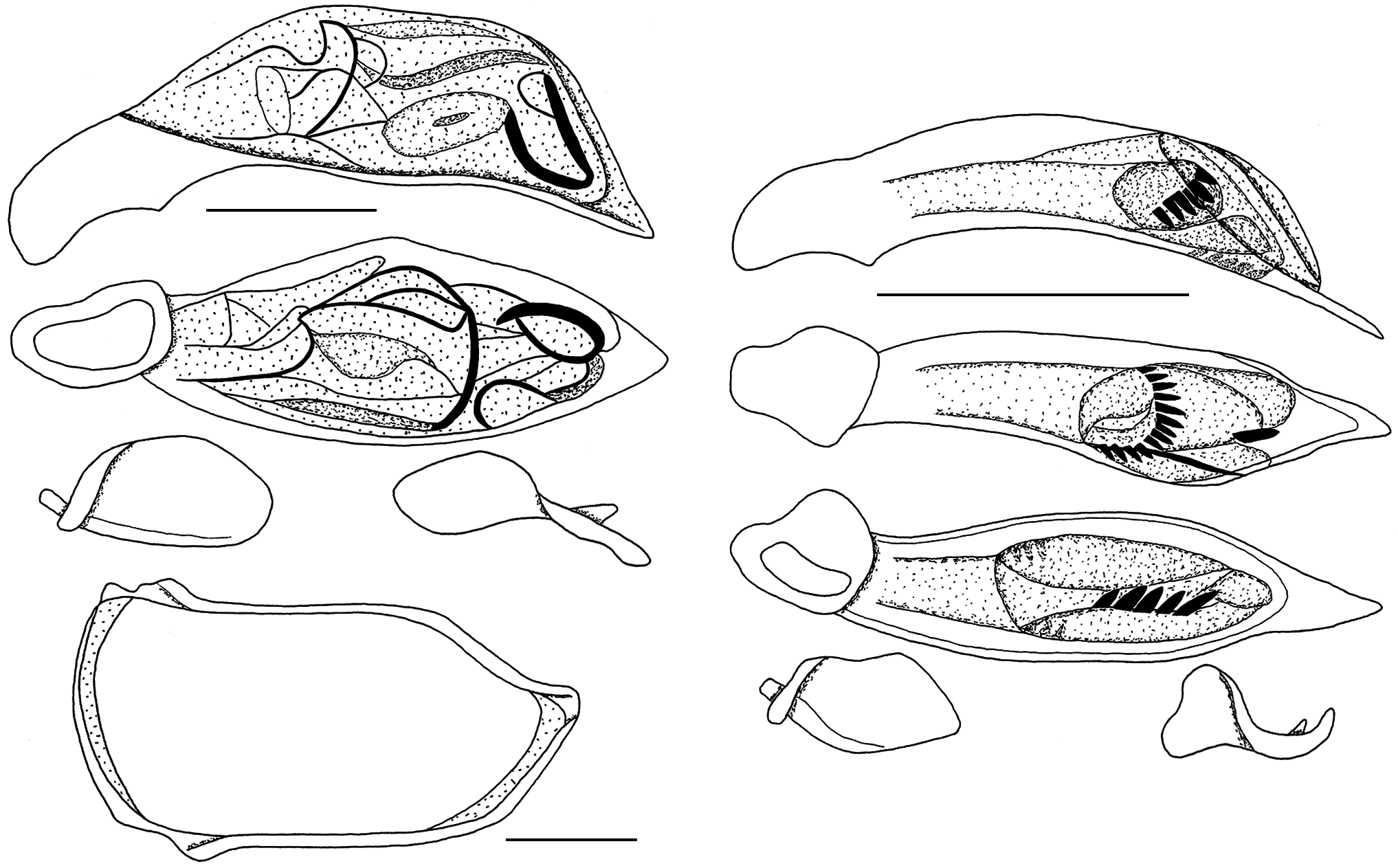