Diagnosis. Moderately large species (in genus), distinguished from all vividly patterned species except A. oculata Baehr, 2010   , A. triramosa Baehr, 2010   , and A. floreana Baehr, 2011   by presence of a red spot in the posterior half of the elytra. From these three species distinguished by the distinct pale lateral margin of the pronotum and slightlY different colour pattern of the elytra, particularly the narrow, oblique, rhomboidal posterior elytral spot. From the nearest related species, A. floreana   and A. timorensis   also distinguished by narrower pronotum and longer elytra.

Colour ( Fig. 9 View Figure 9 ). Head black, labrum and mandibles reddish brown, palpi and antenna pale red; pronotum black with distinct, wide pale lateral margins; elytra black with a pale red pattern, which consists of a large, oblique spot in basal half which is narrowly separated at suture, separated by a narrow black stripe from the lateral border, and narrowly attains the base, and with a narrow, oblique, rhomboidal spot from mid of 3rd to 8th interval in apical half that is widely separated from apex. The median basal area al well as the whole apex is black. The lateral margin is very narrowly pale red. Legs yellow with the tibiae very slightly darker. Epipleurae of prothorax and elytra yellow, rest of lower surface reddish-piceous, abdomen apicad darker.

Lower surface. Prosternal process with an elongate seta at middle. Prosternum, metasternum, and abdomen with moderately sparse, elongate, erect to slightly declined pilosity. Metepisternum elongate,>2 × as long as wide at anterior margin. Terminal sternum in female with 2, resp. 3 setae at either side.

Legs. Of average size. 4th tarsomeres of all legs widened, deeply (> half of tarsomere) excised, with dense tarsal brush. 5th tarsomere with two rows of several setae on the lower margin. Claws with 9 elongate teeth.

Distribution. Western part of Timor Leste. Recorded only from the type locality.

Collecting circumstances. Sampled at light in clearing in closed forest at low altitude.

Relationships. Based on similar body size, shape, and colour pattern of the elytra, this species is probably closest to A. floreana Baehr, 2011   , recorded from the neighbouring island of Flores, less so to A. triramosa Baehr, 2010   and A. oculata Baehr, 2010   , both from Sulawesi. These four species apparentlY form a distinct species group that is confined to the southeastern part of the Indonesian Archipelago (Wallacea). 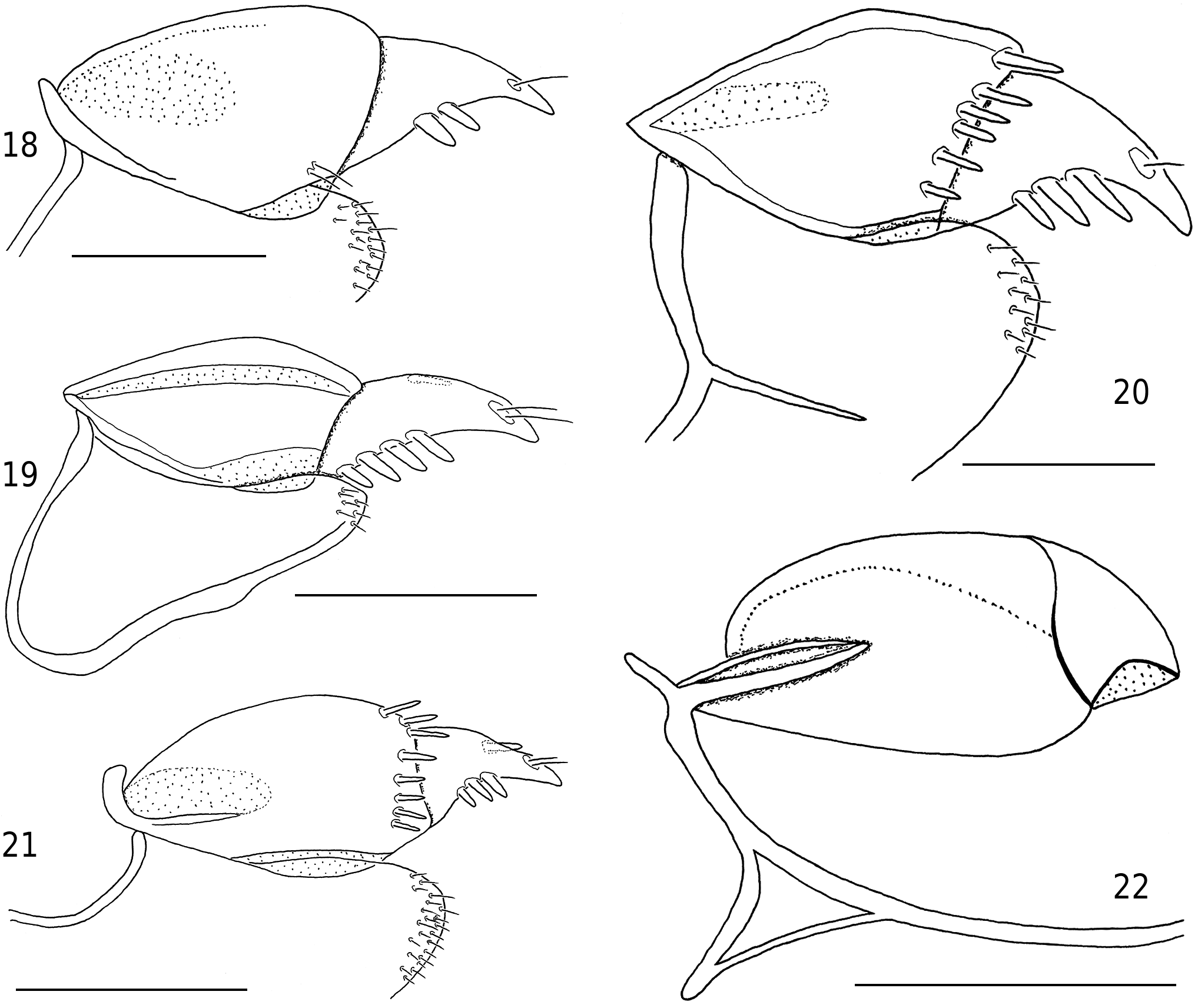