Note. For diagnosis of the male of this species, see Galvis (2017). In general, Sumukuru species are smaller than those of any other lyssomanine genus. Females of the other species in this genus are not known.

Distribution. Known only from its type locality in Southwestern Colombia ( Galvis, 2017). The RÍ4o NDambÍ4Natural Reserve is located in a secondary and highly-conserved Chocoan rainforest within the Choco 4-Darie4n province, Pacific Dominion (Brazilian subregion) of the Neotropical region ( Morrone, 2014).

Notes on Microhabitat. The male of S. felca was caught in a Malaise trap together with the holotype male of Lyssomanes perafani Galvis, 2017 ( Galvis, 2017). The female S. felca was collected manually at night, in the middle of a light rain, being active, on the upper surface of a leaf of the false bird-of-paradise plant ( Heliconiaceae ). It can be extremely fast and very difficult to see because it has the same coloration as the surface of the leaf, and its small size. Given these characteristics at first sight this appeared to be a juvenile of the genus Lyssomanes .

The plant where the female was collected was located next to a horse path, little frequented, inside the forest, which is extremely humid and rainy. Despite the great effort of collection (about eight hours/day for five days), carried out together with other four people in the same location and surroundings, only this single female was collected. This suggests that the abundance of the species in this ecosystem is low, or the species possesses unknown ecological habits that do not allow a greater collection of specimens. 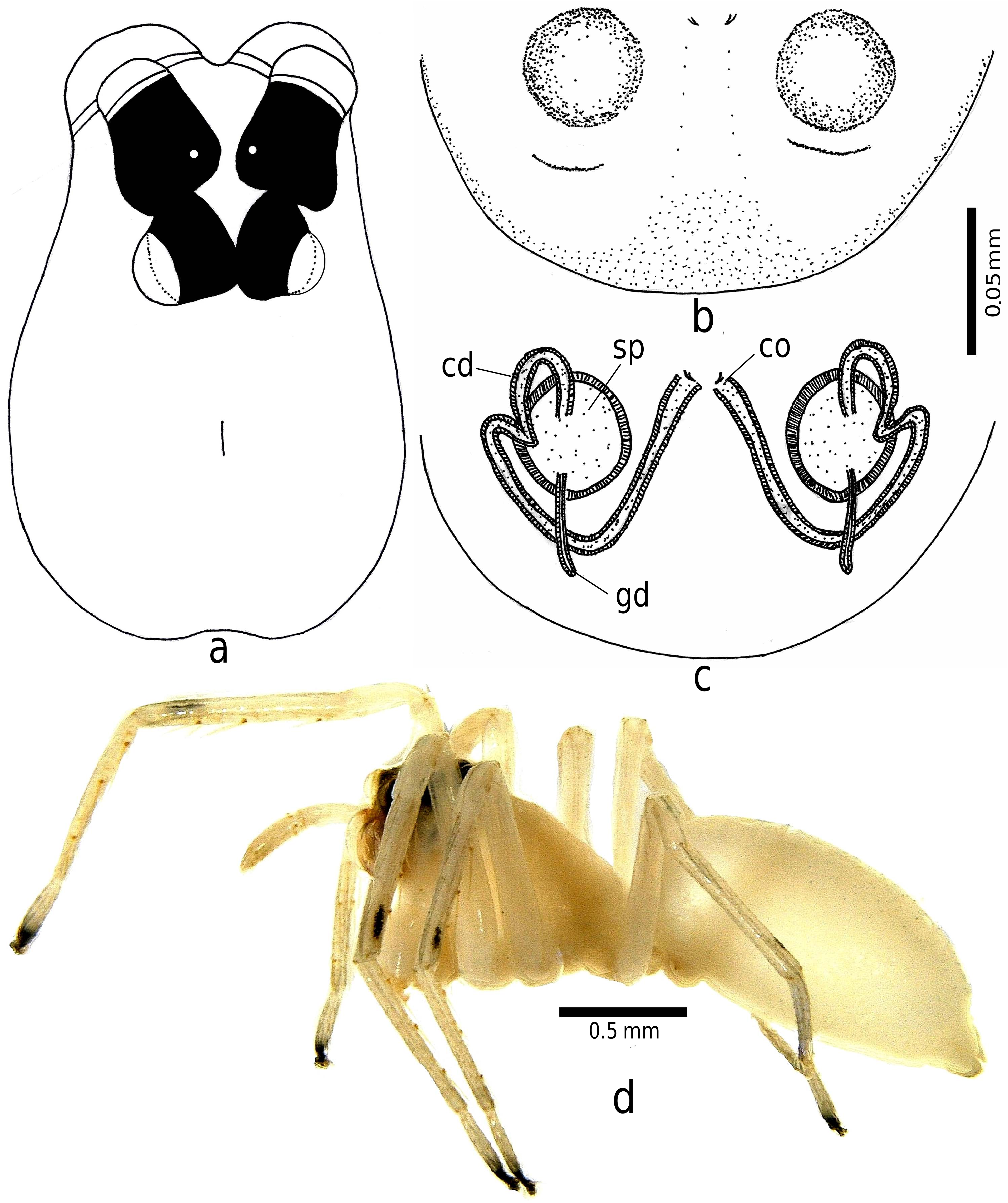