Nobili’s (1906a) original syntypes of O. cynthiae   , a female and a much smaller female (erroneously reported as a male by Nobili), are both extant, of which Schmitt et al. (1973) designated the larger female as lectotype. Although now in delicate condition, the lectotype and paralectotype preserve the diagnostic pereopod and maxilliped 3 features, and rounded carapace, clearly evident also in the other Red Sea material examined here. Nobili’s (1906b) reference to the carapace of the larger female as quadrangular is a misinterpretation of the specimen based on damage; the carapace in all specimens is rounded. No males of O. cynthiae   were available for the present study, but based on Laurie’s (1915: text-fig. 3, pl. 45 fig. 3, 3a, 3b) account and stylised figures of a male from the Red Sea, the carapace front is more pronounced and the chelipeds more inflated than in females, as in most other male pinnotherids. The distinctive walking leg dactyli of female O. cynthiae   is evident also in males, as figured by Laurie (1915: pl. 45 fig. 3). The G1 of a male O. cynthiae   from Djibouti figured by Monod (1938: fig. 25F) ( Fig. 4J View Fig ) has the distinctive anterolaterally directed tip present also in O. tridacnae   . Monod (1938) referred to the specimen as a juvenile, though the G1 is apparently well developed; unfortunately, the specimen is no longer extant and additional material is required to fully document male morphology. Monod (1938) did not indicate the size of his specimens but Laurie (1915) reported an apparently mature male at 6 mm cl and cw. Females are recorded here to cl 7.8 mm but are ovigerous by cl 4.0 mm.

Tesch (1918) attributed an ovigerous female from the Kai Islands, Indonesia, to O. cynthiae   (host Styela pneumonodes Sluiter, 1895   = Polycarpa aurata   [Quoy & Gaimard, 1834]: Styelidae   ), though described as having a dense dorsal tomentum and “strongly hooked” dactyli of pereopods 2–4, which contrast with the much more “straightened” dactylus of pereopod 5. The pereopod 2–5 dactyli of O. cynthiae   sensu stricto, however, are all weakly curved and the dorsal setation short and sparse. Tesch’s (1918) specimen requires restudy and probably represents an undescribed species; it is herein excluded from O. cynthiae   . As such, O. cynthiae   is confirmed only from the western Indian Ocean: Djibouti and the Gulf of Suez, Red Sea. 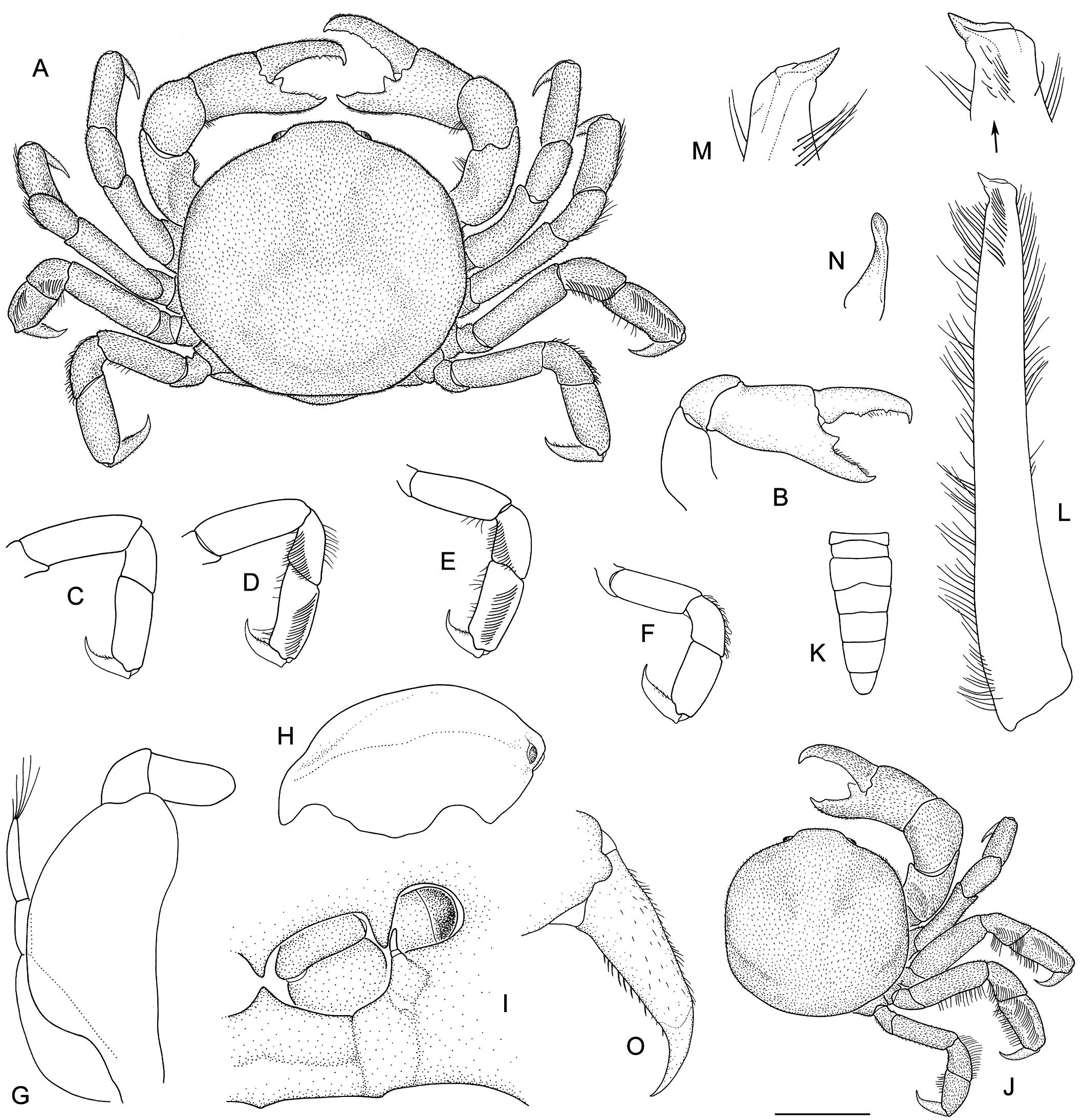