Lonchodraconid pterosaur with the following combination of characters that distinguishes it from other members of the clade (autapomorphies are marked with an asterisk): premaxillary crest absent; dorsal margin of the premaxillae rounded; deep palatal ridge*; palate between the elevation of the alveolar margins and the palatal ridge concave; spacing between alveoli larger than their diameters*; approximately 4.5 alveoli per 3 cm of jaw margin.

Lonchodraco(?) microdon   was described by Seeley (1870) on the basis of CAMSM B54486, a fragmentary upper jaw with a prominent palatal ridge. Seeley (1870) noted the presence of a concavity on the palate between the elevation of the alveolar margins and the palatal ridge, that the palatal ridge becomes more prominent than the alveolar borders posteriorly, and that the alveolar margins are compressed and rounded. Seeley (1870) also noted a small tip of jaw “associated” with the specimen, but this possibly does not represent the same individual. CAMSM B54486 was recently sampled for histological analysis (M. Riley, pers. comm.). The transverse section of the area that was cut is wider than high, whereas the opposite end is higher than wide, suggesting that the sampled area was located near the anterior end of the snout.

Ornithocheirus oweni   was described in the same work ( Seeley 1870) on the basis of CAMSM B 54439 ( Fig. 6G-L View Figure 6 ), also an upper jaw. This species is quite similar to Lonchodraco(?) microdon   . Both holotypes share a rostrum with parallel alveolar margins, absence of a premaxillary crest, rounded dorsal margin of the premaxillae and maxillae, deep palatal ridge and the concave palate between the alveolar margins and the palatal ridge. Seeley (1870) pointed out that Ornithocheirus oweni   differs from Lonchodraco(?) microdon   in that its jaw margins are not round but flattened, by the presence of rough interspaces between the alveoli, teeth (alveoli?) circular instead of oval, and the dorsal margin of the premaxillae and maxillae rounded instead of having a sharp keel. However, examination of CAMSM B 54439 established that the alveolar margins are poorly preserved so that the number, shape, and spacing of the alveoli cannot be seen. Furthermore, Lonchodraco(?) microdon   has a rounded dorsal margin of the rostrum, as can be observed in anterior and posterior transverse sections of the holotype. As both species share the same morphological features and come from the same deposit they are here considered conspecific. 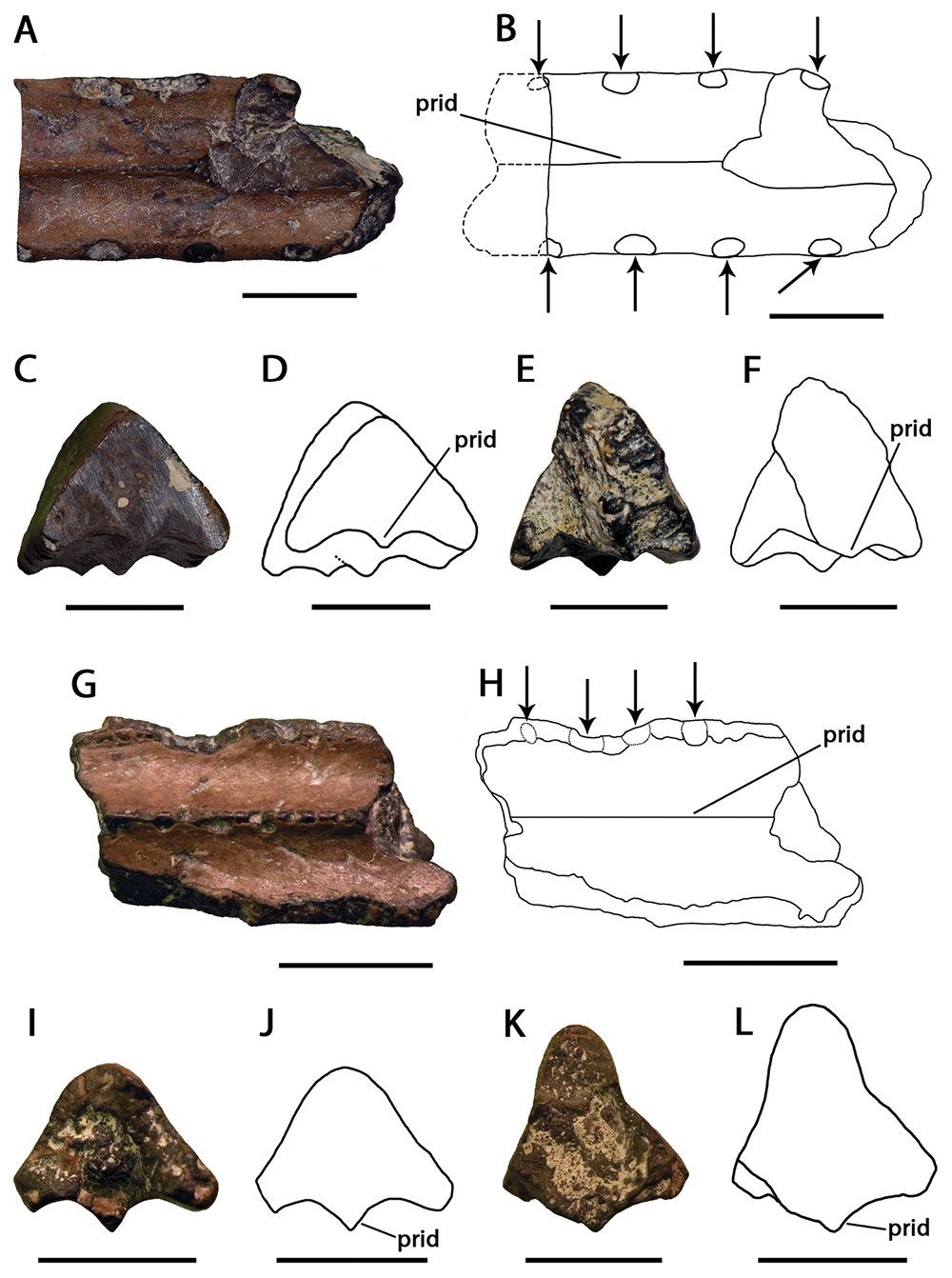