Distribution in Europe: Endemic to the Balkans—Croatia and probably parts of Bosnia and Herzegovina.

Taxonomic note: According to Ingrisch & Pavićević (2010), some former paralectotypes of P. elegans (specimens from Obrovac, Metković, Korčula Isl.) deposited in the Natural History Museum in Vienna belong to an undescribed species. It has the same number of stridulatory teeth as Poecilimon albolineatus Ingrisch & Pavićević, 2010 (95–98), but is morphologically closer to P. elegans . Probably all the populations from the Adriatic coast and southern slopes of the Dinaric Alps southeastern of Karlobag belong to this new species. There is also a possibility for the presence of P. albolineatus or another undescribed species (close to P. albolineatus ) in Dubrovnik region and on the western slopes of Orjen Mt. Namely, some specimens from Lovćen Pass near Kotor in Montenegro examined by Ingrisch & Pavićević (2010) had a higher number of stridulatory teeth (106–114) and their song differs both from typical P. albolineatus and P. cf. elegans population from Biokovo Mt. in Croatia (K.–G. Heller pers. comm.). 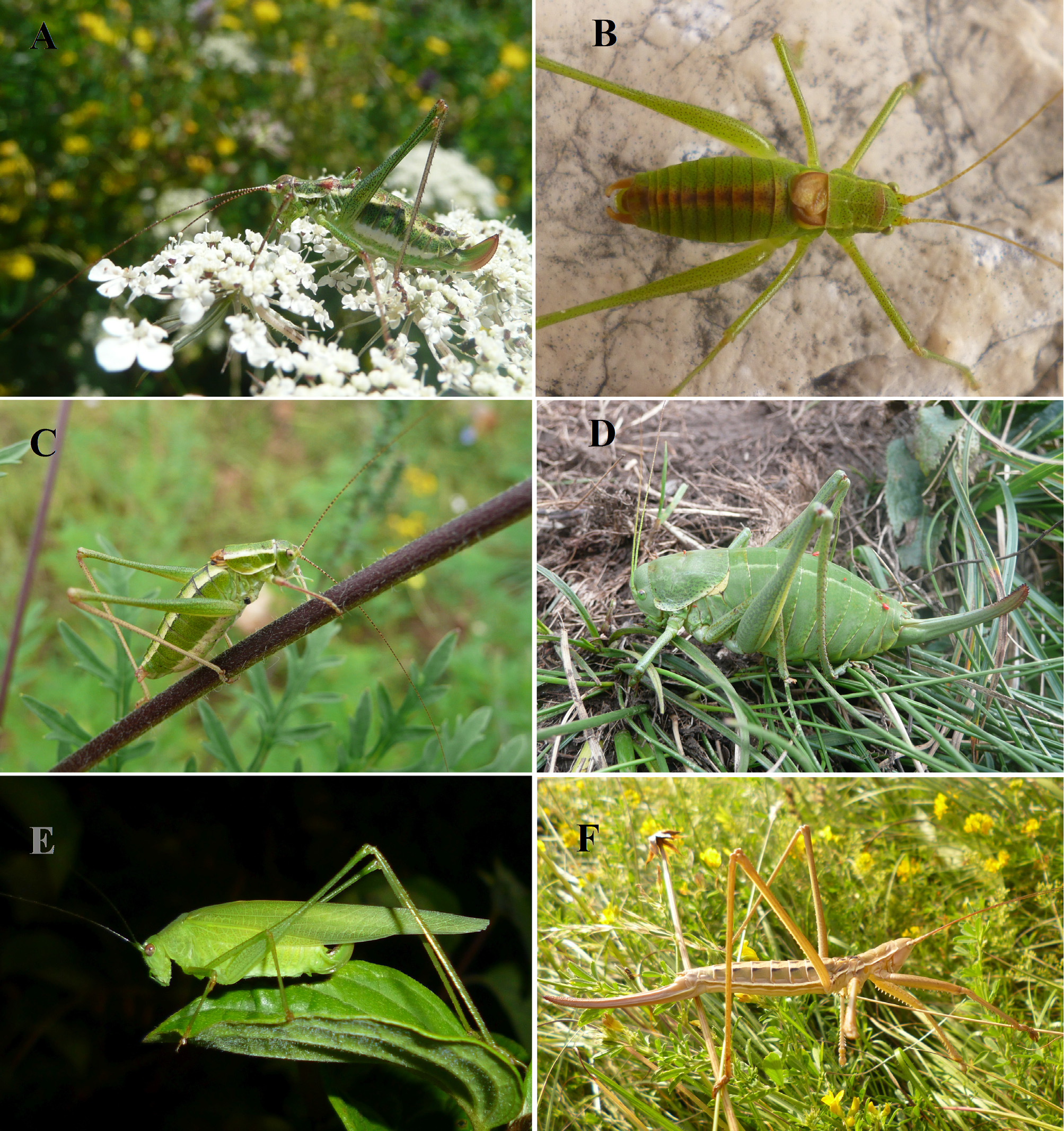