ETYMOLOGY: The specific name is a noun in apposition taken from the type locality.

DIAGNOSIS: Although the female holotype was collected with the male of B. jog , the somatic differences are so pronounced that we do not think the specimens are conspecific. Unlike the male of B. jog , there are only four, widely separated tubercles along the posterior edge of the pars cephalica, which also lacks the distinct projections found in the male. The posterior carapace margin has the sides much less pronounced, the pair of thickenings on the anterior margin are much more widely separated, and the posterior edge of the pars thoracica seems to lack the slitlike pits that are readily visible in the male. The scutal ridge on the abdomen is complete, with a thick margin along the midline that is shared only with the male of B. bowleri (although that male has an additional, more dorsal scutal ridge not found in this female). Also, the scutal ridge has an enlarged tubercle opposite each of the pedicel tube triangles, which are also much larger and less widely separated than in the male. In many of these characters, B. karnataka seems much more similar to B. bengal than to B. jog , but both the substantial geographic separation, and the lack, in the male of B. bengal , of the unusually dense plumose setation found around the pedicel tube in the female make it unlikely that they could be a match. The female genitalia of B. karnataka are also distinctive, with a triangular external projec-

OTHER MATERIAL EXAMINED: None. 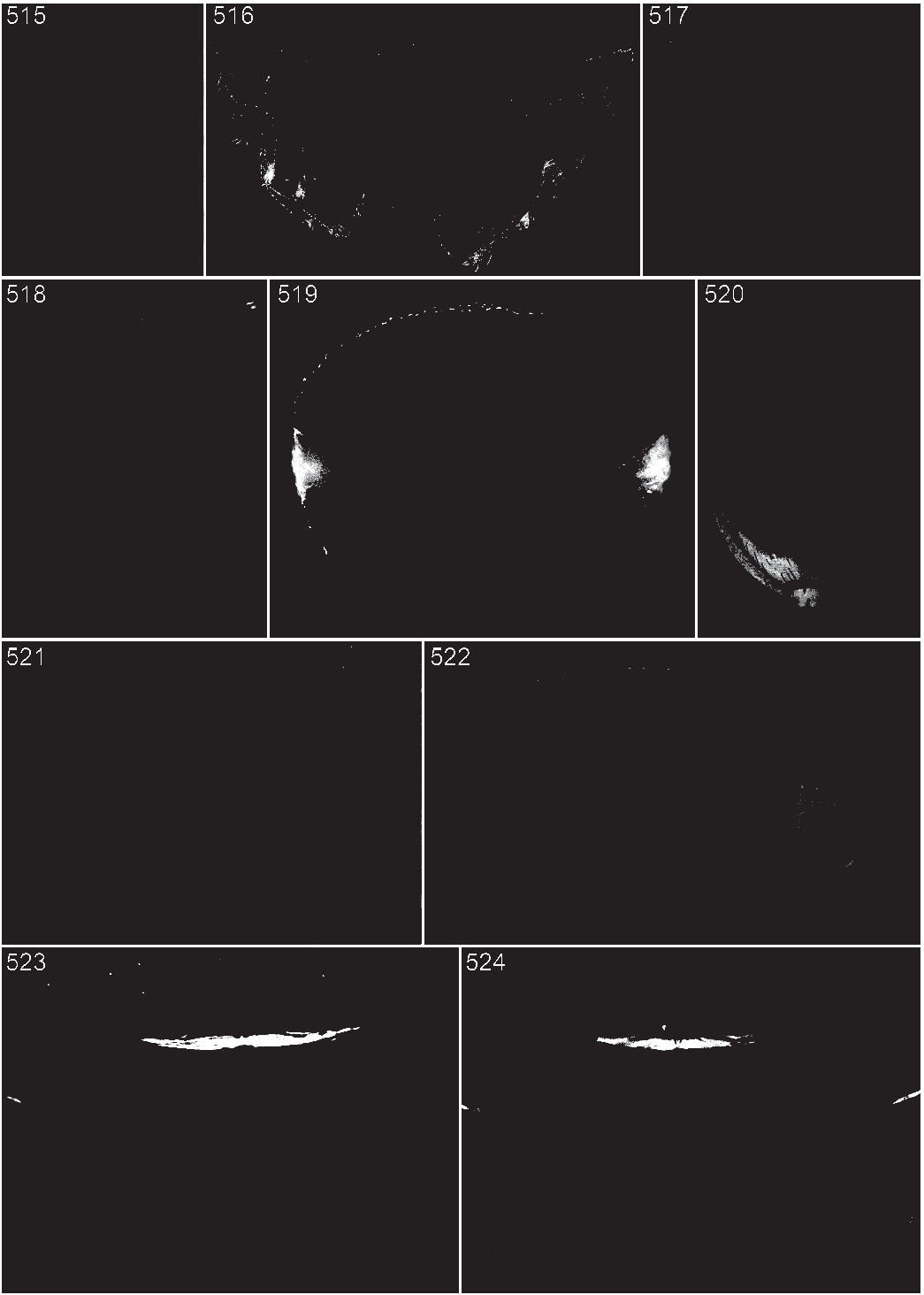