Diagnosis. Length of forewing is 12–12.5 mm in males. The new species is very similar externally to N. sumatrana effractoida   ssp. nov   . and N. hortensis fansipana   , ssp. nov   ., which are also distributed in Vietnam, differs from them only in its slightly larger size and slightly narrower forewings, and can be certainly distinguished from both species only by the genitalia structures, which are clearly different from those of N. sumatrana effractoida   ssp. nov   . and are more similar to those of N. hortensis fansipana   , ssp. nov   ., but differ in the valve significantly narrower distally, the apical costal lobe heavily sclerotized, elongated, thorn-like, and apically pointed, the ventral costal plate directed at a greater angle to the costa, the slightly larger ampulla, the reduced subapical saccular process presented as a small rounded protrusion, the shorter aedeagus with the larger spikes on the carinal plate, the significantly more numerous spines on the medial diverticulum of vesica, and the weaker and less numerous spines on the tip of the medial diverticulum.

The female is unknown. 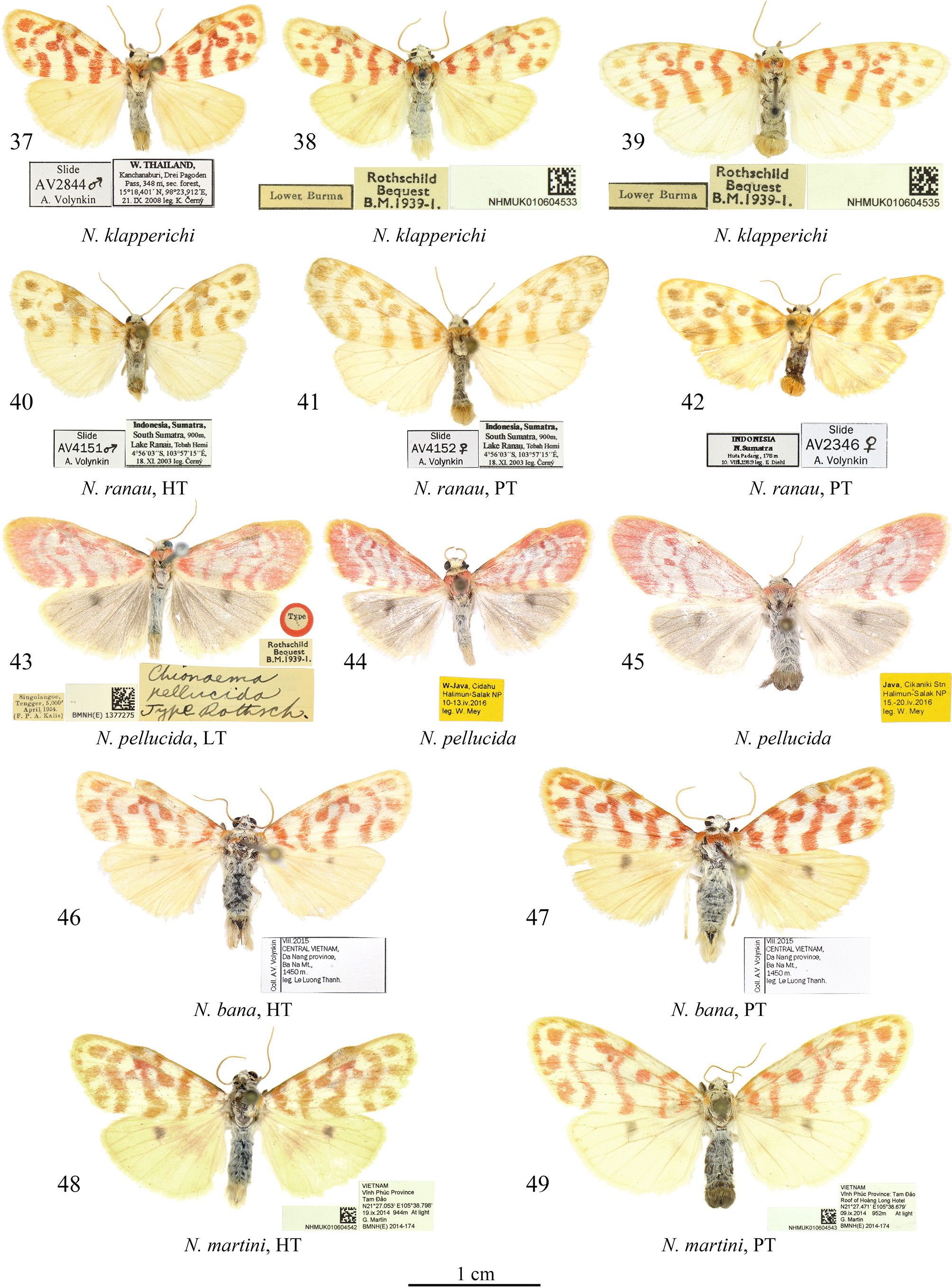 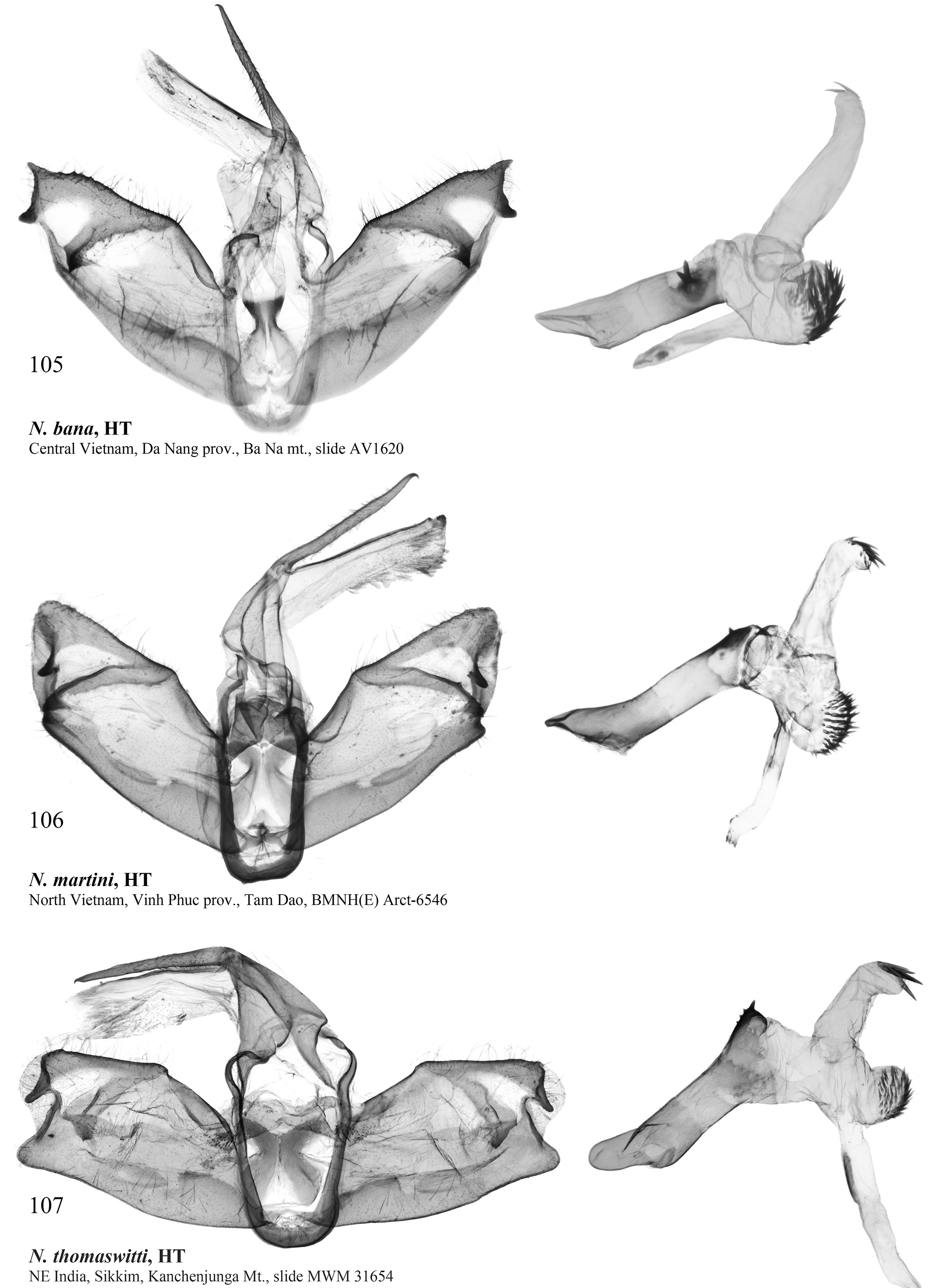