Diagnosis: This species may be distinguished by the following unique characters: presence of median brown band along costa of forewing; pygofer with short process directed posterad along posterolateral margin and aedeagal shaft twisted near apex with single short process, in caudal view with lateral flaps extending from base to subapex and pair of dentate apical process.

Coloration: Crown yellow with three black markings; median one V-shaped extending to face, lateral ones comma-shaped with yellow spot at the apex. Antennae with pedicel and flagellum black, scape yellow. Frontoclypeus with short, median black stripe not extending near base of clypellus. Laterofrontal suture and clypeogenal suture with black marking close to ocelli and base of clypellus, respectively. Gena with black elongate marking. Clypellus with U-shaped black marking. Lorum and legs yellow without any markings. Pronotum with numerous irregular black spots along middle and near lateral margins. Mesonotum with dull orange basal triangles, median longitudinal marking not extending beyond scutellar suture. Forewings mostly hyaline with dark brown veins, light brown band at middle along costal region.

Etymology: The specific epithet refers to the unique twisted shape of aedeagus.

This species was described by Freytag & Cwikla (1984) based on a single male specimen from Ankarafantsika forest reserve in the Mahajanga province of Madagascar. We could not examine the holotype as it is apparently lost. We identified this species in the present samples based on the similarity of both external morphology and genitalia characters. Pygofer, subgenital plate, style, connective, and shape of aedeagus are the same as in original description. The only difference we noticed is in the number of aedeagal processes. Aedeagus in lateral view has two pairs of lateral apical processes and a single process arising on ventral surface of shaft subapically. In the original description, the presence of this single subapical process is not mentioned or illustrated and we assume that this process might have broken off in the original specimen   . 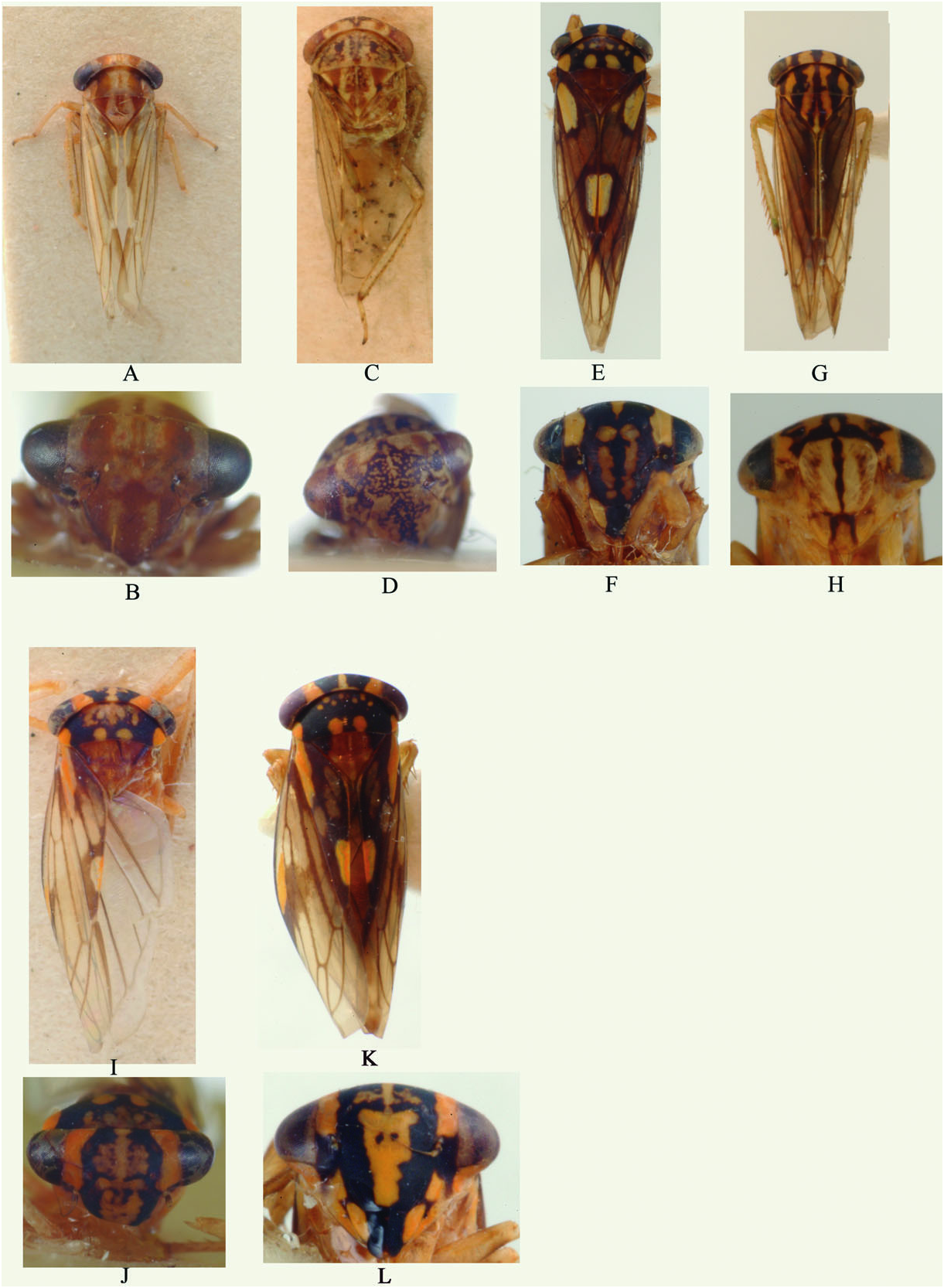