Type material. Holotype female [ ZMUC] on slide ( Fig. 95 View FIGURES 95 – 98 ) originally labeled: 1. [in India ink on the glass] “MAGLEBY STRAND AMAGER J. P Kryger”; 2. [in pencil] “ LYMAENON   ”. The type locality seems to be Magleby, Amager Island, Hovedstaden, Denmark although is not clear if that was in Amager Strandpark (more likely since “strand” means “beach” however there is no location named “Magleby Strand” on Amager Island) or Store Magleby (a village South of Copenhagen Airport on Amager Island but there is no beach there). There is also a Magleby Strand, but this is in southern Zealand Island, well away from Amager Island (Lars B. Vilhelmsen, personal communication). The holotype is in fair condition although not sufficiently cleared, well spread out, mounted dorsoventrally.

Etymology. The species name (a noun in apposition) stands for a wanderer in Russian folk tales. Hosts. Unknown. 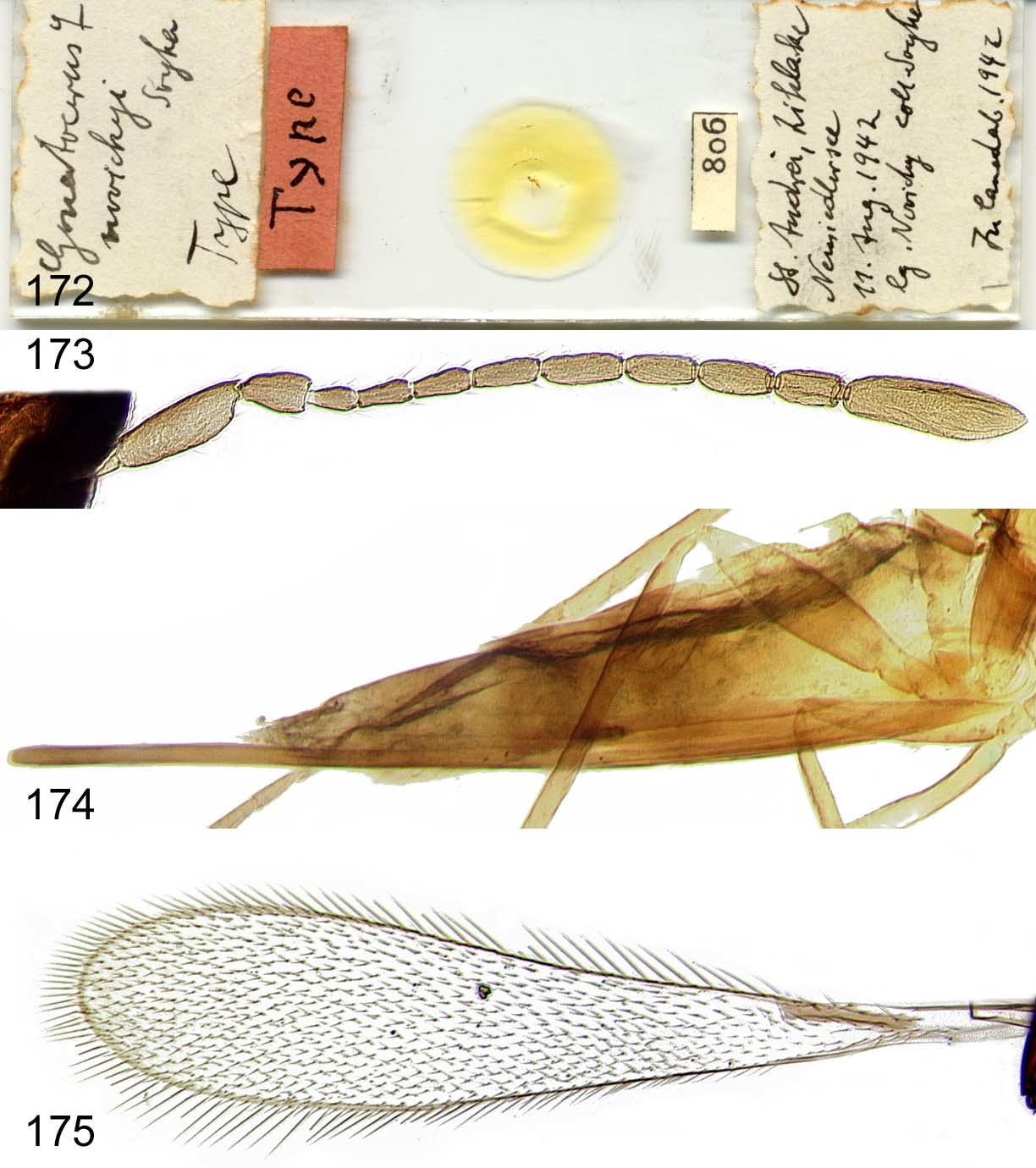