Diagnosis. Paratischeria grossa sp. nov. belongs to the P. ferruginea group (for a description of this group see Stonis et al. 2017a). Externally, this new species differs from South American and African members of the group in the ochre colour of the forewing speckled with black-brown scales; from the most similar South East Asian P. boehmerica sp. nov. (described above) it differs in the larger size and darker, intense yellow-ochre or ochre colour of the forewing. In the male genitalia, P. grossa differs from P. boehmerica in the unique, caudally truncated dorsal sclerite ( Figs. 58 View FIGURES 58–61 , 68 View FIGURES 62–69 ), presence of a rounded, lobe-like anterior processes of the tegumen ( Fig. 63 View FIGURES 62–69 ), and the pointed, process-like lobe of the valva ( Figs. 67, 69 View FIGURES 62–69 ). In the female genitalia, the significantly larger size (about 1910 µm) and the longer corpus bursae with large coils distinguish P. grossa from P. boehmerica .

Bionomics ( Figs. 44–52 View FIGURES 44–52 ). The host plant is Dendrocnide sp. , possibly D. sinuata (Blume) Chew ( Figs. 45, 46 View FIGURES 44–52 ) which, whilst not documented from Laos or Cambodia (Plants of the World Online), is known to occur in all the surrounding countries ( China, Myanmar, Vietnam, Malaysia) and so is expected to occur there also. The larvae mine leaves in February and produce irregular blotch-like leaf mines, with little or no frass ( Figs. 47–52 View FIGURES 44–52 ). Pupation occurs in the leaf mine; a silken nidus is present but inconspicuous. Adults occur in late February and March. Otherwise, the biology is unknown.

Distribution. The species is known from a single site in Luang Prabang Province, Laos, at an elevation of about 460 m.

Etymology. The species name is derived from the Latin grossus (thick, fat, large), referencing the large and robust male and female genitalia.

Remarks. One male paratype seems to be aberrant, unusually small, with forewing 2.7 mm long and wingspan 5.8 mm; in comparison with the holotype or female paratypes, the forewing of this specimen is slightly paler and with an additional, oblique, postmedian patch of black scales; otherwise, as in the holotype. The genitalia are identical with the holotype but slightly shorter (with capsule 520 µm long). Unlike other specimens, this specimen was reared indoors; it was deposited at NRC ( Fig. 55 View FIGURES 53–57 ). 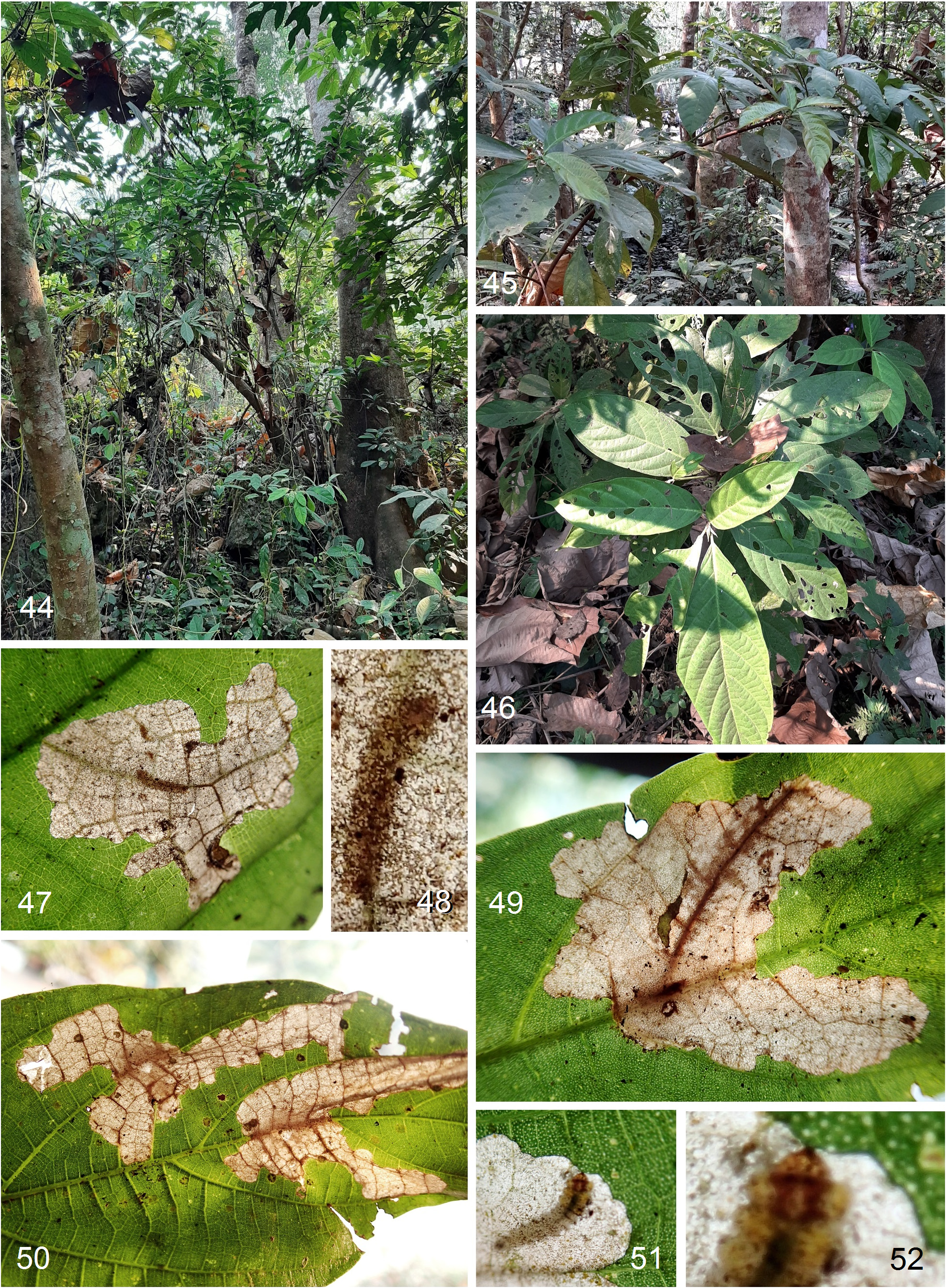 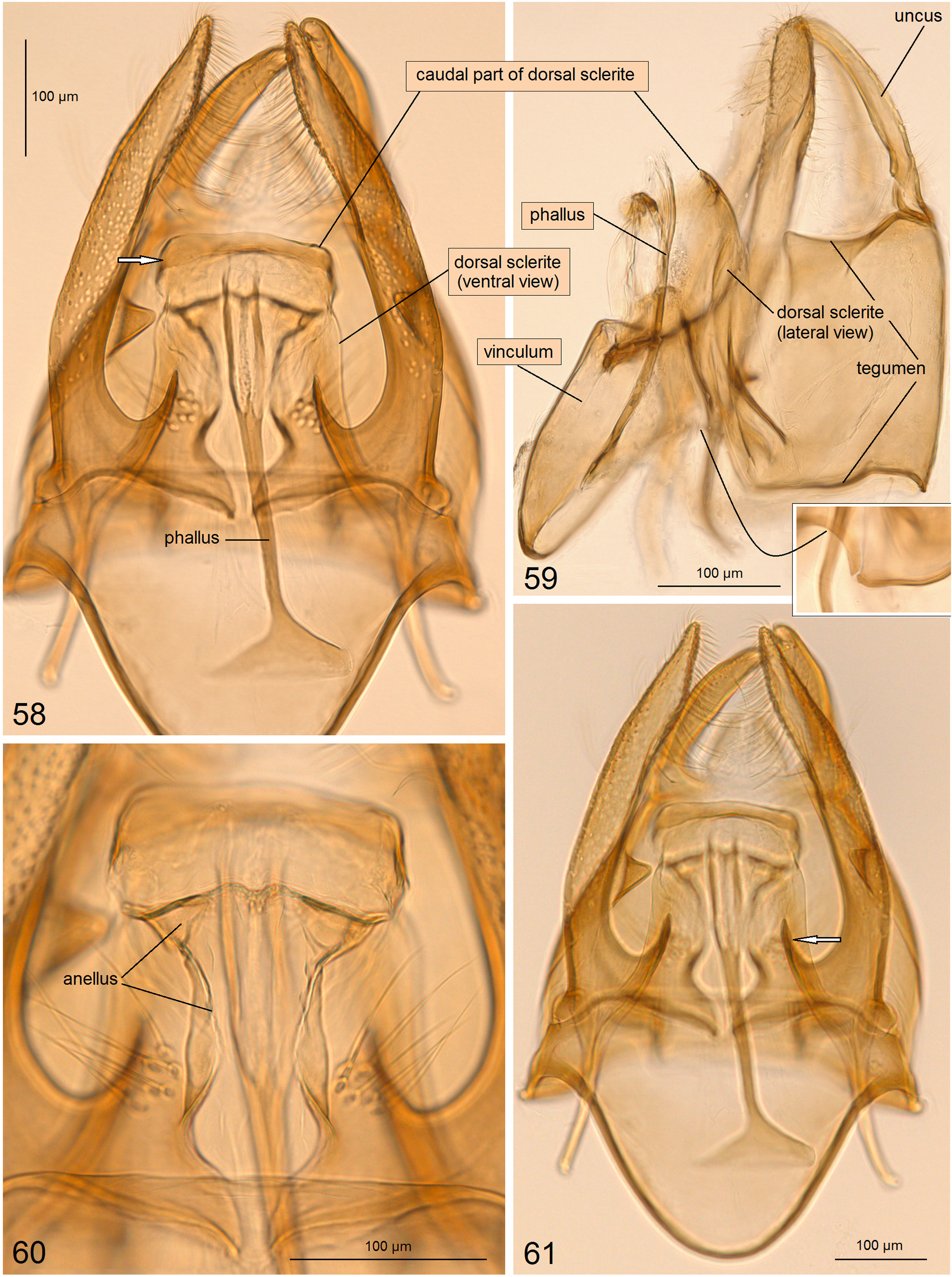