Legs I, II as in the male, legs IV extending by ambulacral disc to the level of setae h2.

The epithet points on the first finding of a representative of the genus Dolichodectes in the Neotropical Region.

Dolichodectes neotropicus sp. n. is similar to D. diplocercus ( Gaud & Mouchet, 1957) in having the coxal fields II opened and aedeagus reaching only the level of adanal discs. The new species can be distinguished by the shape of epimerites I, narrow U­shaped rather than Y­shaped. Males of D. neotropicus have no lateral expansions on opisthosomal lobes as in D. myrmecocichlae Mironov & Fain (2003) . Differently from the latter species, the adanal shield in D. neotropicus is an entire large plate between genital arch and anal discs. Females of D. neotropicus can be separated from other species of Dolichodectes by the length of setae h3, and by the lack of expansion on primary duct near the head of spermatheca.

Dolichodectes neotropicus sp.n. is unique in having male genital discs well evident and set anterior to genital arch, epimerites I of both sexes are as a narrow U, and in female setae h3 are very long and strong, even longer than h2. These features are quite different from those given by Park & Atyeo (1971) in the definition of the genus Dolichodectes . However, until more species are described and the knowledge of such characteristics is fully understood, we do not consider appropriate to erect a new genus to accommodate this new species. The new species was collected from an avian family known to occur mainly in the Neotropics ( Tyrannidae ), while the previously described species were collected from birds of the Old World ( Muscicapidae and Sylviidae ) ( Gaud & Mouchet 1957) and of both regions ( Turdidae and Corvidae ) ( Gaud & Mouchet 1957; Mironov & Fain 2003). Mironov & Fain (2003) expressed doubts in the monophyly of this genus, because of the wide range of host birds. 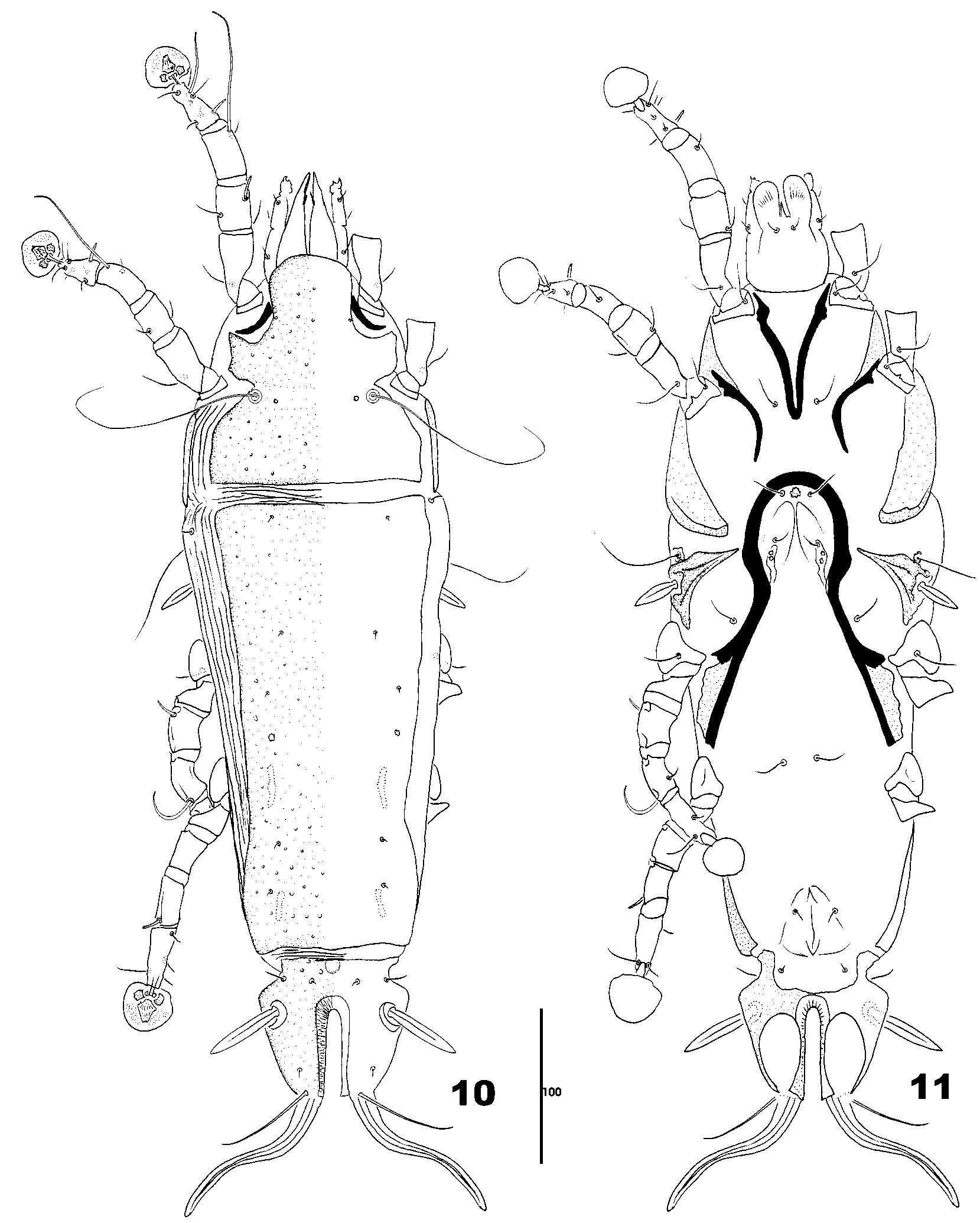 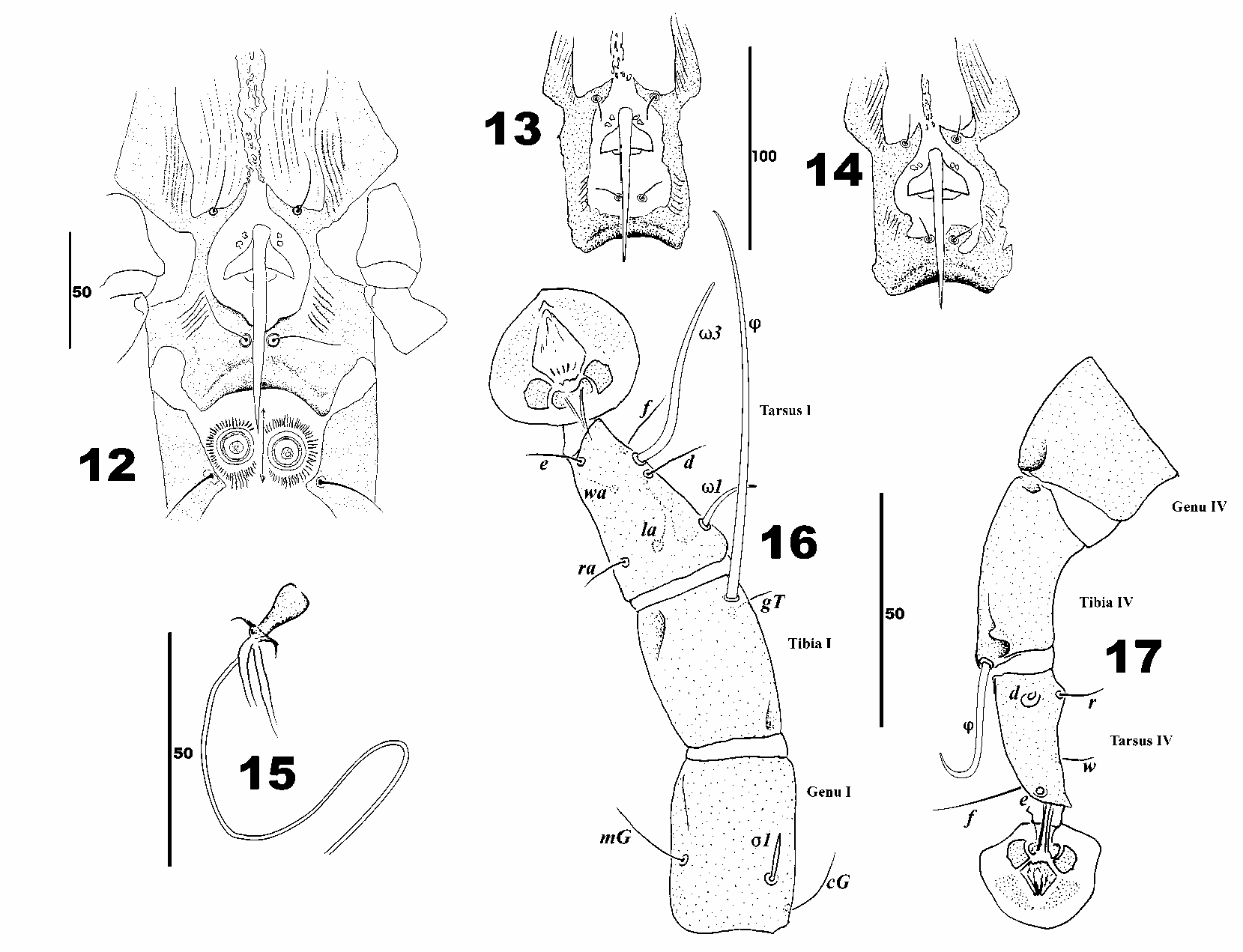