Diagnosis. T. bartletti   can be identified by a combination of the typical color pattern, the valve longer than wide, male pygofer distinctly constricted in dorsal view with constriction forming a wide base and constricted apical part, aedeagus without apical flagellar process, the subgenital plates relatively broad and broadly rounded at apex, the connective-aedeagus without symmetrical pair of processes fused near aedeagal base and with an asymmetrical unpaired process extending dorsad of aedeagal shaft, and the style apophysis long, as a long as basal part (base to preapical lobe).

Color. With the typical color pattern.

Etymology. This species is named in honor of Dr. Charles R. Bartlett (University of Delaware).

Distribution. This species is known only from Peru.

Remarks. T. bartletti   is a member of the – lingulatus   group. It was resolved with strong branch support in a clade with T. johnsoni   and T. lingulatus   . 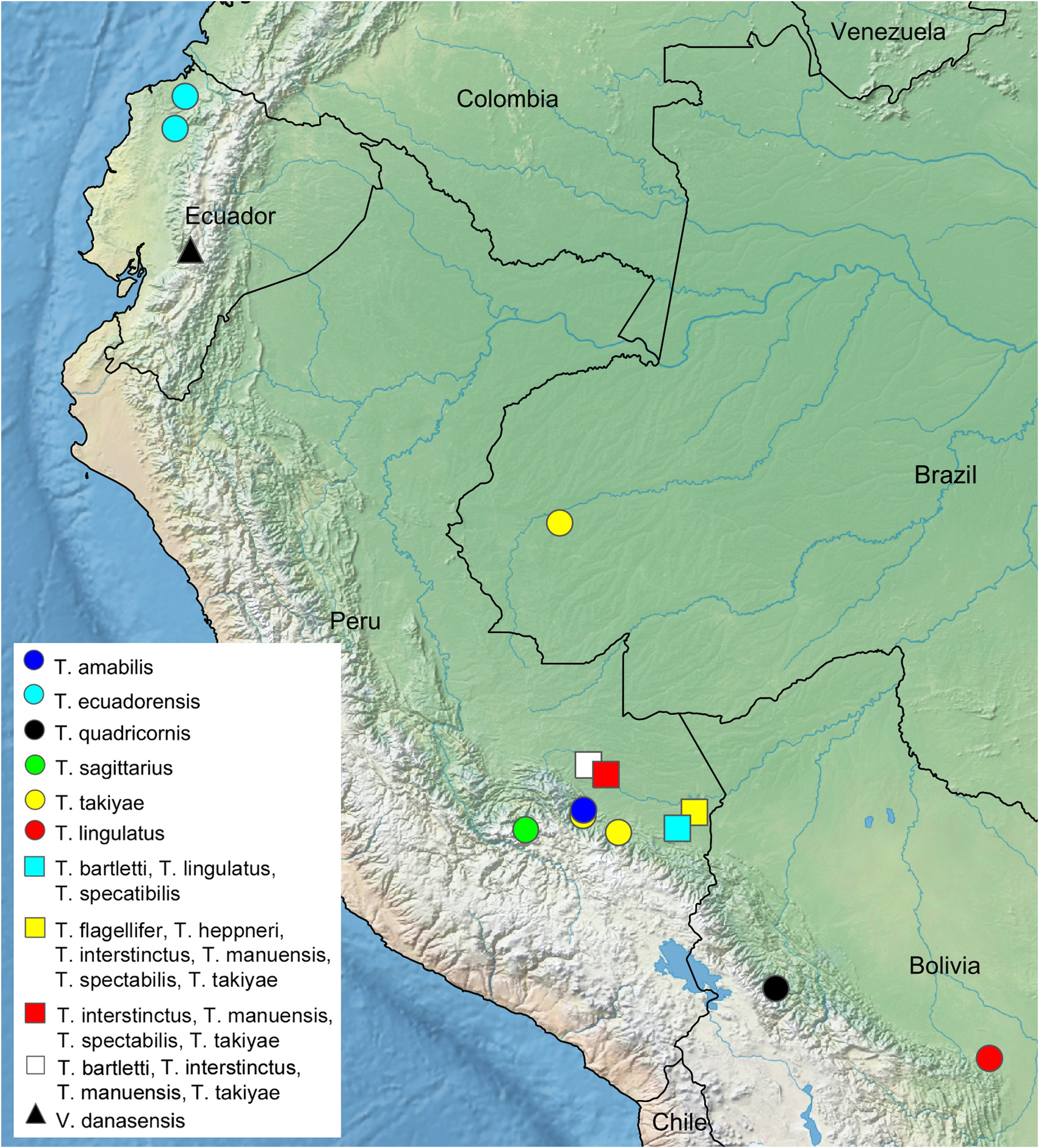