New for Biotia and Mt. Kitheron. The male cerci (Fig. 1B View Figure 1 ) and the female basal fold of our material agrees with the figures published in Willemse (1982, 1986). This is the first member of this genus to be collected from Mt. Kitheron. This mountain ridge forms the borders between Attiki and Biotia. The collection locality is on the northern slope of the mountain summit, which belongs to Biotia (Fig. 1D View Figure 1 ). Poecilimon propinquus is endemic to CE mainland Greece (Attiki and NE Peloponnisos), Evvia and some offshore island (Egina, Spetses, Makronisos) (Fig. 2 View Figure 2 ). The species is known from several localities of Attiki (Parnitha, Imittos, Sounion, Boula), most of them on the north and eastern side ( Willemse 1984, 1985). The only, yet unpublished, locality from W Attiki, is at Aigosthena, 5 km east of Porto Germenos, not far from Mt. Kitheron (Lehmann and Lehmann unpubl. 2002, A. Lehmann pers. comm. 2017). This is the fourth member of the genus known so far from Biotia, the other three being P. gerlindae Lehmann, Willemse and Heller, 2006, P. obesus Brunner von Wattenwyl, 1878 and P. zimmeri Ramme, 1933, occurring mostly on the west side of Biotia, Mt. Parnassos.

Poecilimon gerlindae was described from Domokos, Nomos Pthiotidos and it belongs to the P. propinquus group. Its southernmost known locality is Aliartos and Ipsilantis at the heart of Biotian valley. Our locality, only a few km to the south, is obviously situated on, or very close to, the borderline of these two closely related species. Although morphologically very similar, P. propinquus can easily be separated by the shape of the male cerci and female basal fold ( Lehmann et al. 2006).

The population of Mt. Kitheron seems to be localized. This is the situation also on Mt. Imittos, the type locality of the species, where P. propinquus is also found in single sites ( Lehmann et al. 2014). Several attempts, in several years, by the author to locate more populations were in vain. All the specimens were collected from an area of a few square meters, a rocky slope dominated by Daphne oleoides shrubs, facing the famous Biotian valley (Fig. 1D View Figure 1 ). All insects were found on the Daphne shrubs, except for a female found moving on the ground. 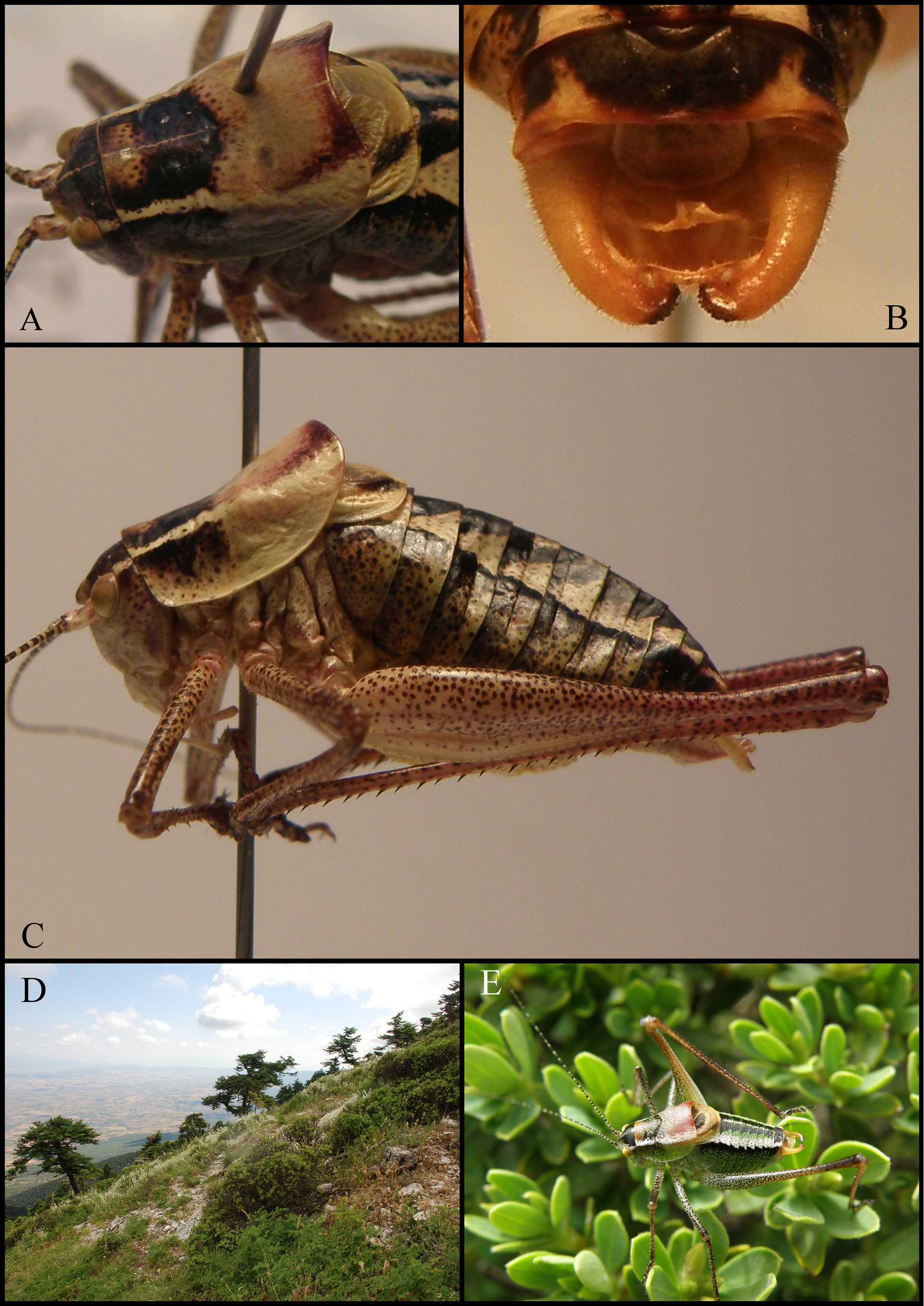 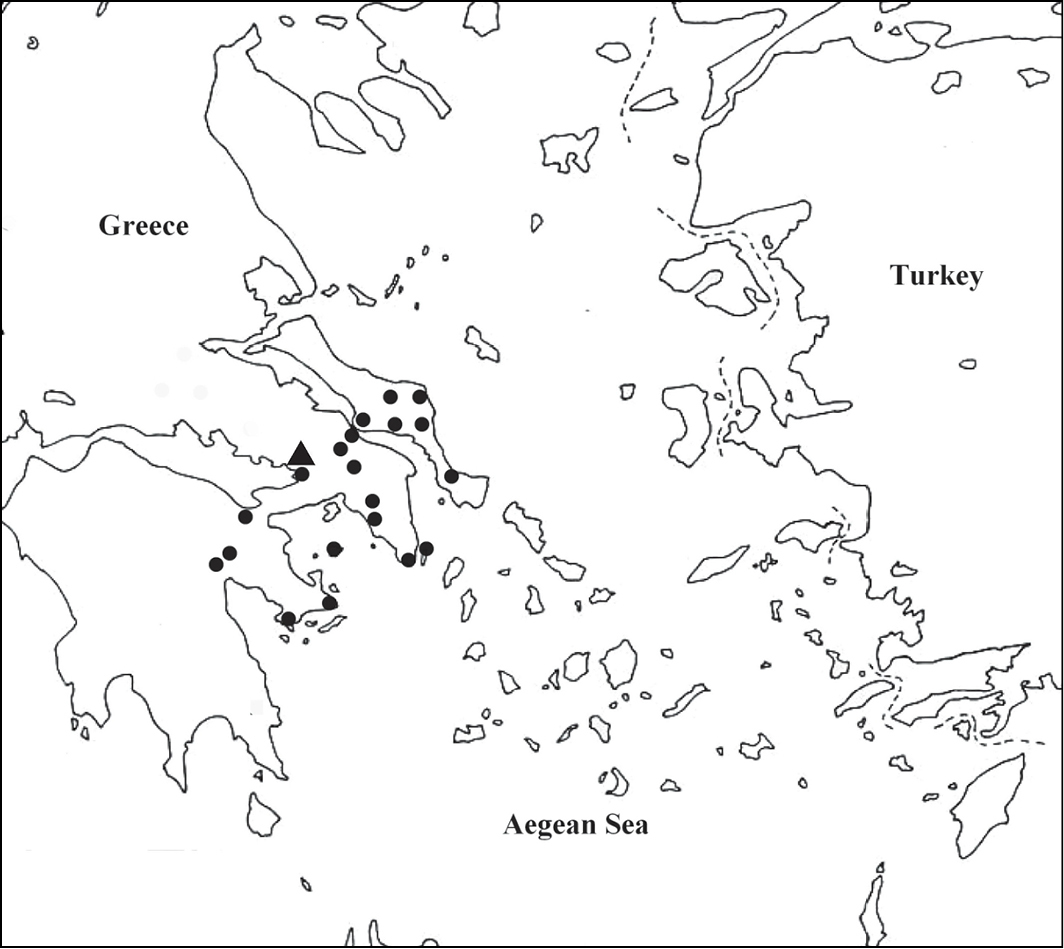