Diagnosis: Concerning its size and absence of microsculpture on the pronotum, the species resembles O. minor   and O. tuxtlae   . It can be easily differentiated from these two species by the prominent eyes. Moreover, it differs from O. tuxtlae   by the wider pronotum and elytra. The shape of the pronotum and the elytra are very similar to O. minor   , but the pronotal punctation is distinctly sparser in O. boliviensis   than in O. minor   . In O. minor   the interstices between the pronotal punctures are approximately as wide as the diameter of the punctures, whereas in O. boliviensis   the interstices are nearly twice as wide as the diameter of the punctures.

Pronotum: 0.93 mm long, 1.02 mm wide; widest at anterior angles; anterior angles not produced to teeth; smoothly convergent to posterior angles; posterior angles indistinct, obtuse; lateral margin in anterior half finer than in posterior half; in dorsal aspect, visible throughout its total length; setiferous punctation as deep, but sparser than on head; more or less equally dense on disc except wide impunctate midline; on average, distance between punctures approximately twice as wide as diameter of punctures; between normally coarse punctures with extremely fine micro-punctation; without microsculpture; surface polished and shiny.

Abdomen with dense and deep setiferous punctation; wide midline on tergite III to VIII impunctate; without or with weak remains of microsculpture; surface shiny, nearly polished.

Etymology: The specific name boliviensis   refers to the country, where the species was collected. 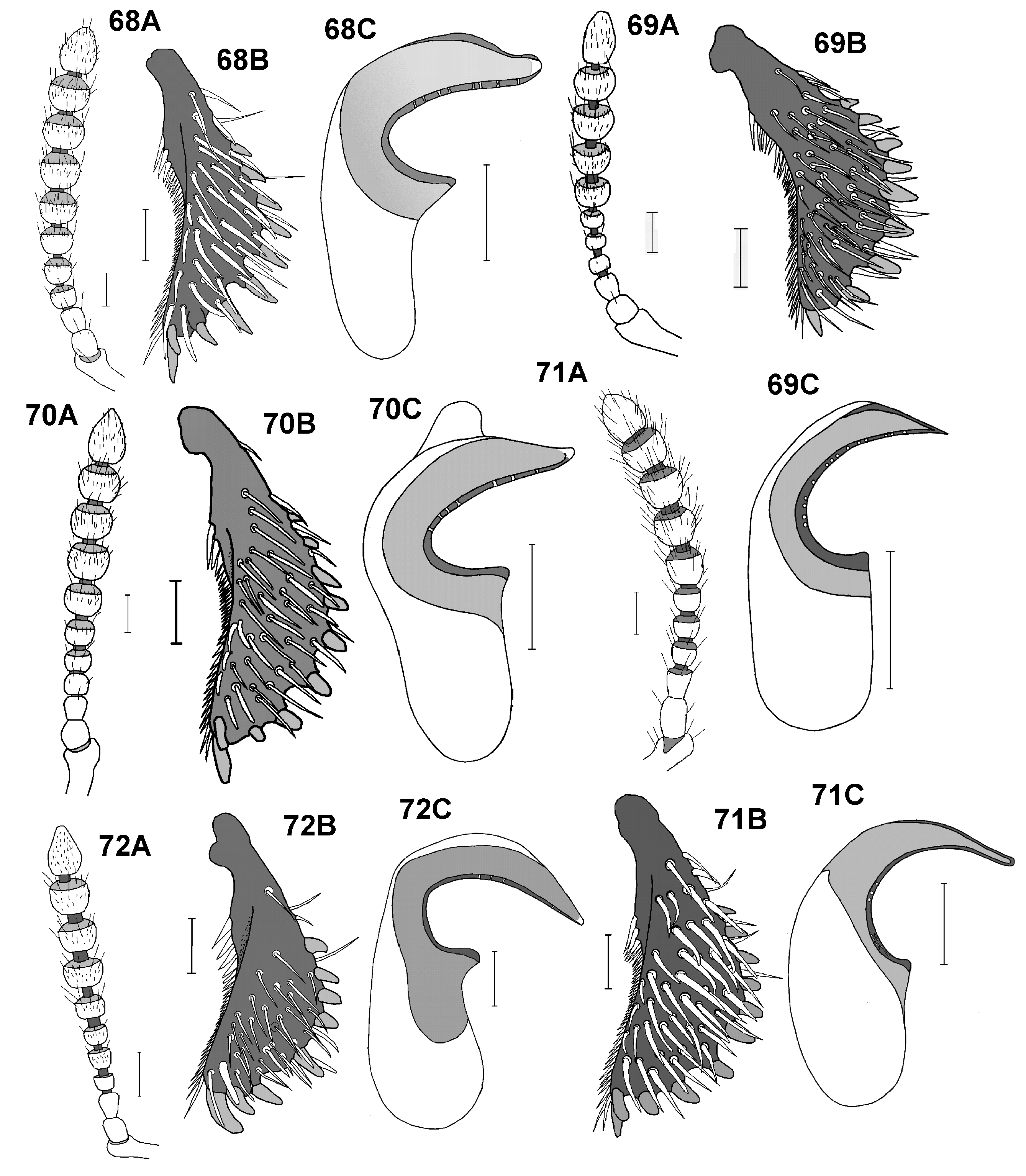