Diagnosis: The species resembles O. rugipennis   concerning the overall shape of the pronotum and the microsculpture, but microsculpture is weaker than in O. rugipennis   and the colouration is yellow and not dark brown. The most conspicuous character of O. brevicornis   are the short antennae with the wide third and fourth antennomeres and, in particular, the short, transverse antennomeres five and six. Moreover, the following antennomeres are distinctly thicker forming an indistinct club. According to NOTMAN (1920) the species occurred in southern U.S.A. and in northern Mexico, Colima, E. Chihuahua (106°04.13W, 28°29.30N), leg. Conradt. This place is located at the periphery of Chihuahua city which is in northern Mexico and part of the Nearctic region. As it was not found in southern Mexico, the species is assumingly not part of the Neotropical fauna.

Head: 0.60 mm long, 0.80 mm wide; eyes large, but not prominent, as long as temples; disc with dense setiferous punctures except on wide midline and smaller spot at base of antennae; on average, interstices between punctures half as wide as diameter of punctures; surface with distinct netlike microsculpture, slightly shiny. 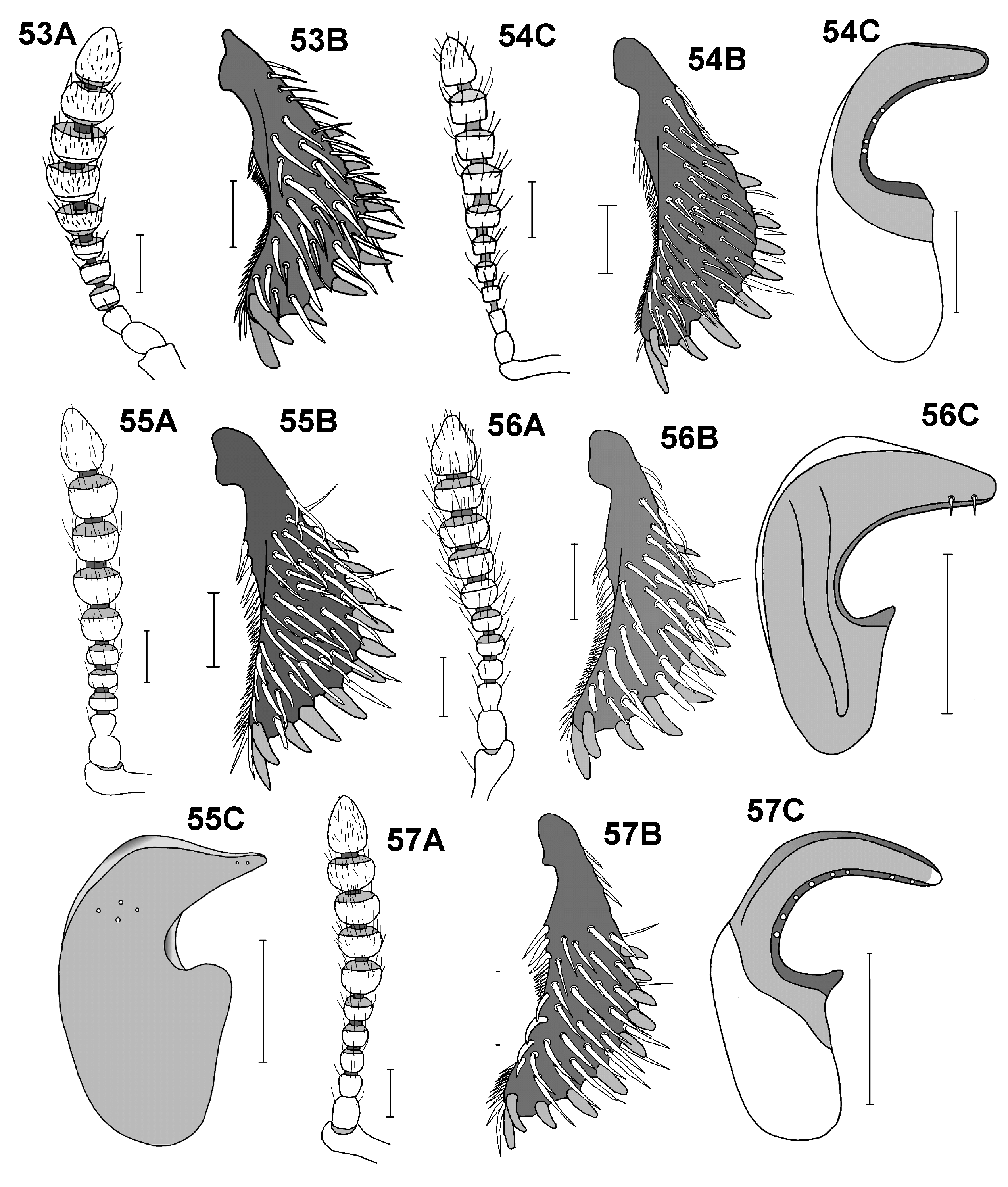 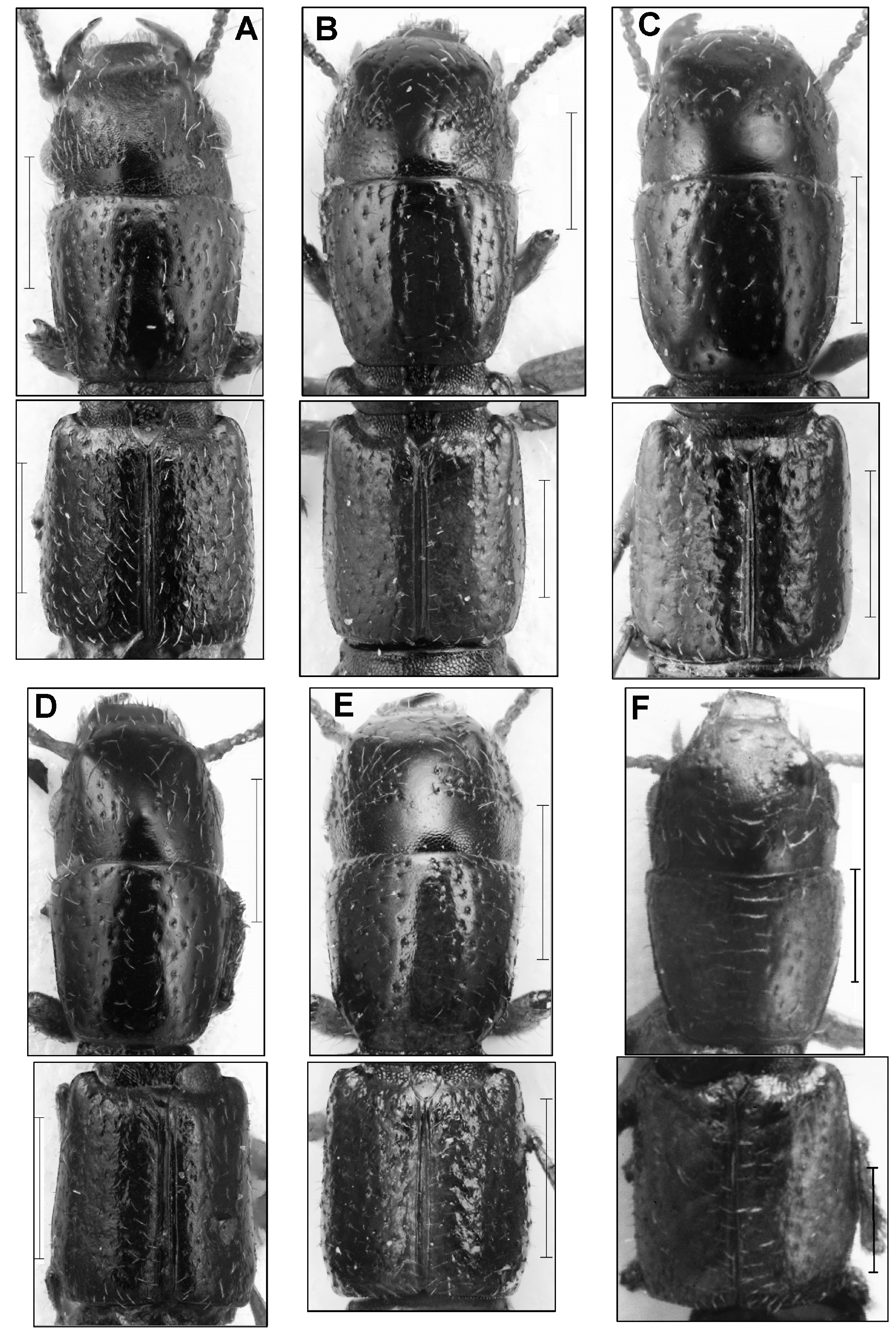