Diagnosis. This subspecies is characterized by the melanic, dark grey-brown forewings with a narrow costal band and a long dirty white stripe, parallel to the veins.

Genitalia ( Fig. 30 View FIGURE 30 ). There are no structural differences in either sex from those of the nominate subspecies, C. c. cribraria   .

Immature stages ( Fig. 46 View FIGURE 46 ). The last instar larva measures 20–21 mm. Head capsule brownish, with the edge of the epicranial suture wide and whitish. Dorsal area dark brown, mixed with dark grey lines and spots, with a narrow white central line, bordered by a black zone; lateral sides brownish and ventral surface light grey with small dark spots; verruca D1, D2, SD1 dark grey; L1, L2, L3 light grey; thoracic legs dark brown; longer nails on abdominal prolegs. The pupae of both male and female straight, brown (not shiny); tips of the antennae touching each other in males, but not in females; the pterotheca tips are curved and touch each other along a shorter distance than in the nominate species.

In the wingless gene, the three specimens are identical, and they differ by 0–0.30% from other specimens of C. cribraria   .

Biology. Univoltine, flying from September to mid-November. Both sexes are attracted by artificial light. In its univoltinism, it differs from C. chrysocephala   , which is bivoltine and sympatric.

Distribution ( Fig. 52 View FIGURE 52 ). Iberian endemic, known from a few coastal localities in the Province of Huelva, from Punta Umbría to the Doñana National Park.

Remarks. The specific validity of C. benderi   has been discussed by several authors for years. The results of the present molecular study and the genitalia do not allow us to consider it as a bona species, different from C. cribraria   . Nevertheless, its univoltinism, the allopatry with other forms of this species, the climatic conditions of the biotope and the particular geological terrain where it lives (sandy alluvial deposits associated with marshy areas), as well as the peculiarities of the biology and differences in the immature stages lead us to place it as a subspecies of C. cribraria   . 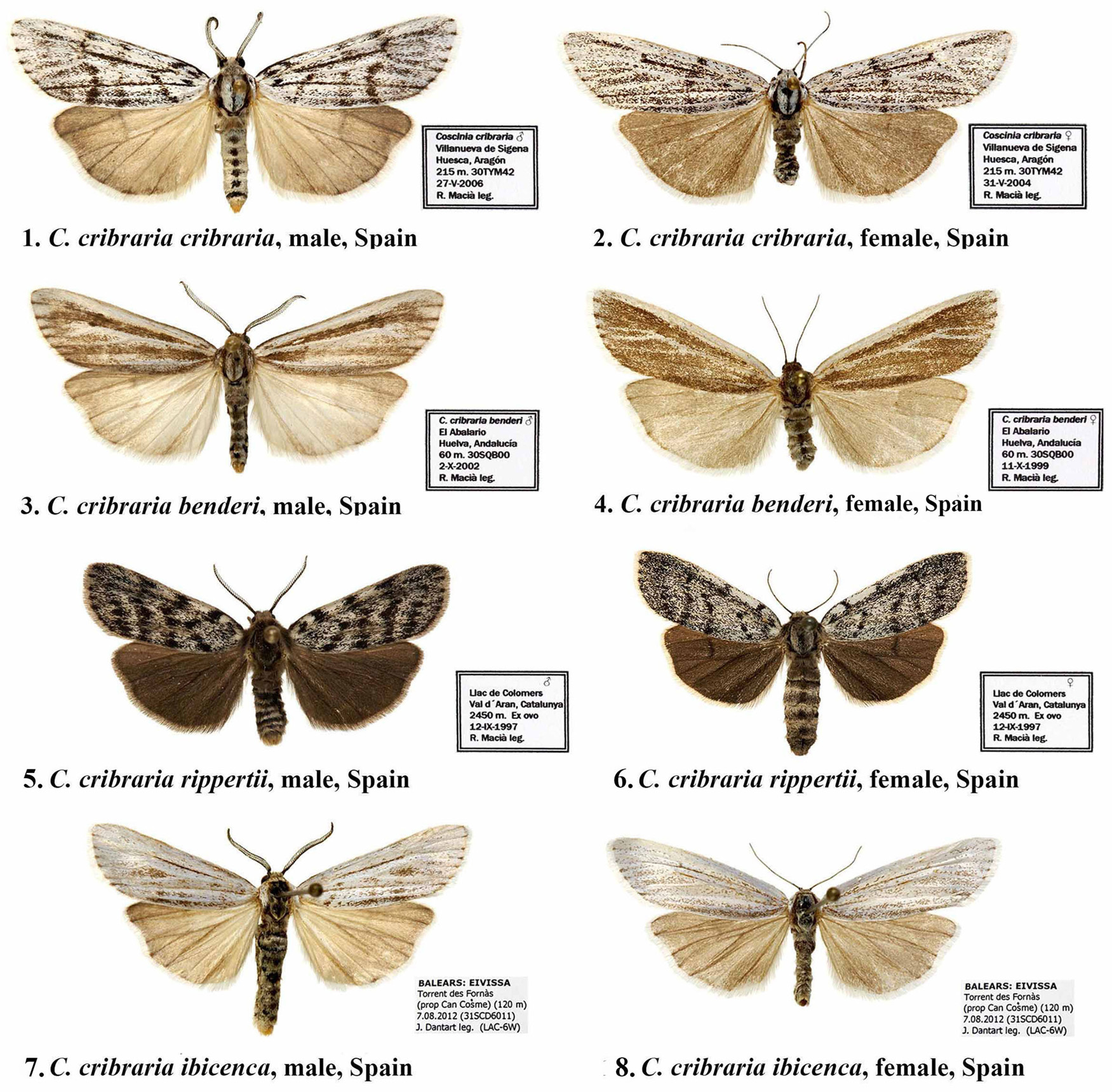