Diagnosis. Lerautia bifasciata   has a certain resemblance to Coscinia mariarosae   and C. cribraria   , from which it differs in the forewing pattern by the absence of the median strip and presence of a very marked line on the inner margin.

Male genitalia ( Fig. 39 View FIGURE 39 ). Uncus tubular with the form of a mace or spatula; valvae rectangular, elongated, with a pointed and rounded cucullus and a large upper process topped with a rounded tip that gives the valva the resemblance of a hump; saccus rounded, transtilla densely spiny. Aedeagus with pointed and rounded coecum, and at the other end a peculiar bulbous shape, filled with a considerable number of medium sized cornuti, highly sclerotized. Female genitalia. Lamella antevaginalis highly sclerotized, broadly rectangular; ductus bursae membranous, short and wide; bursa medially constricted, but without spiral crown (as in Coscinia   ); bursa with two visible signa.

Molecular data. The two genetically investigated specimens differ by 3.24% from each other. The two specimens were collected on different islands, one on Corsica (ZMBN Lep489) and the other on Sardinia (ZMBN Lep503). The closest uncorrected p-distance is 7.34% to a specimen of C. chrysocephala   . Sequencing of the nuclear wingless gene was not successful, most likely because of the age of the specimens (13–15 years).

Lerautia bifasciata   is strongly supported (1.00 PP, 100% BS) and sister to an unsupported clade containing all other genetically investigated species.

Biology. Bivoltine, flying from May to August. The two sexes are nocturnal and are attracted to artificial light. The species prefers karstic areas at intermediate to high altitudes. The larvae are polyphagous on a wide variety of plant species ( Witt & Ronkay 2011).

Distribution ( Fig. 61 View FIGURE 61 ). Endemic to the islands of Corsica and Sardinia. 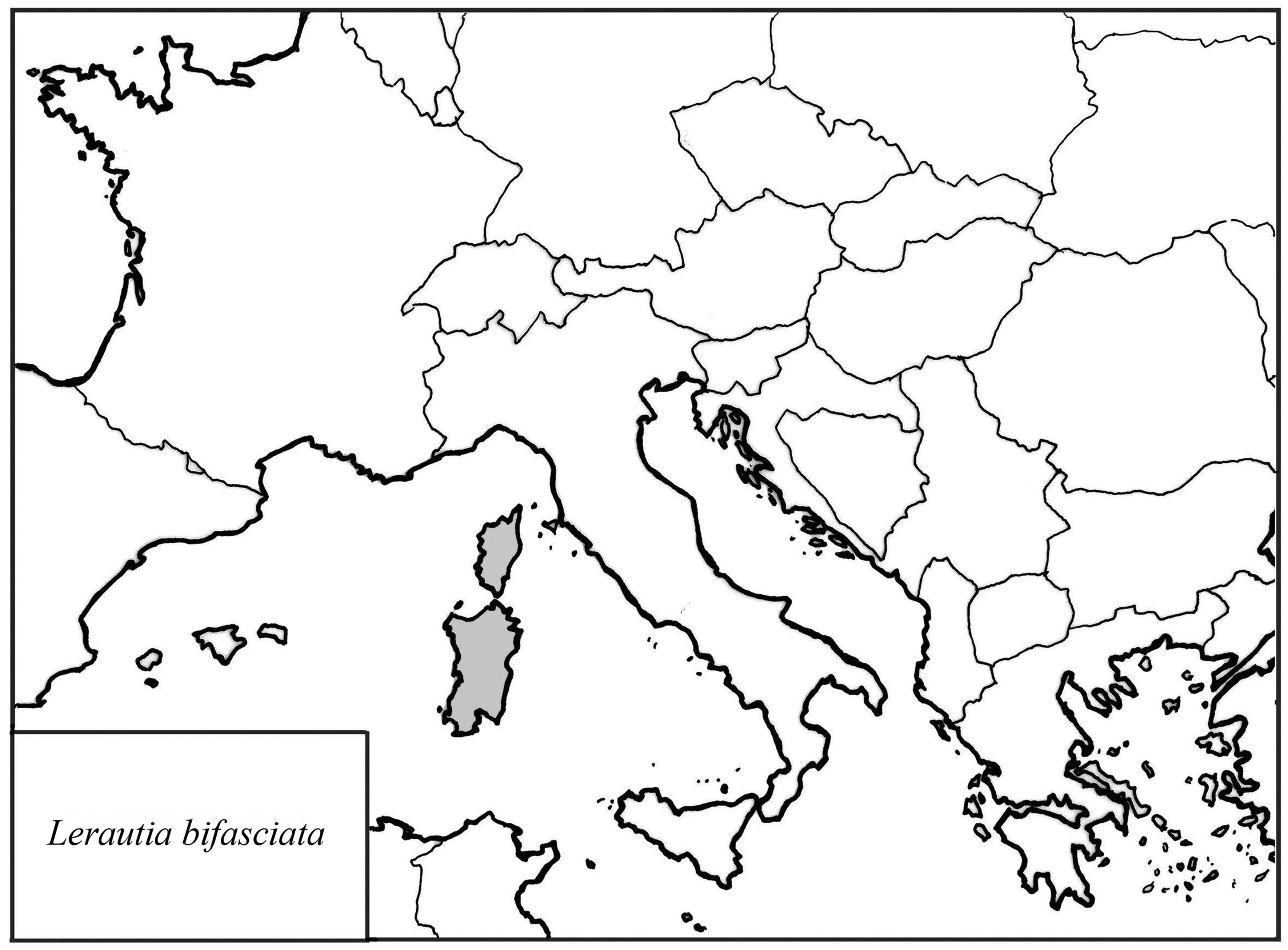 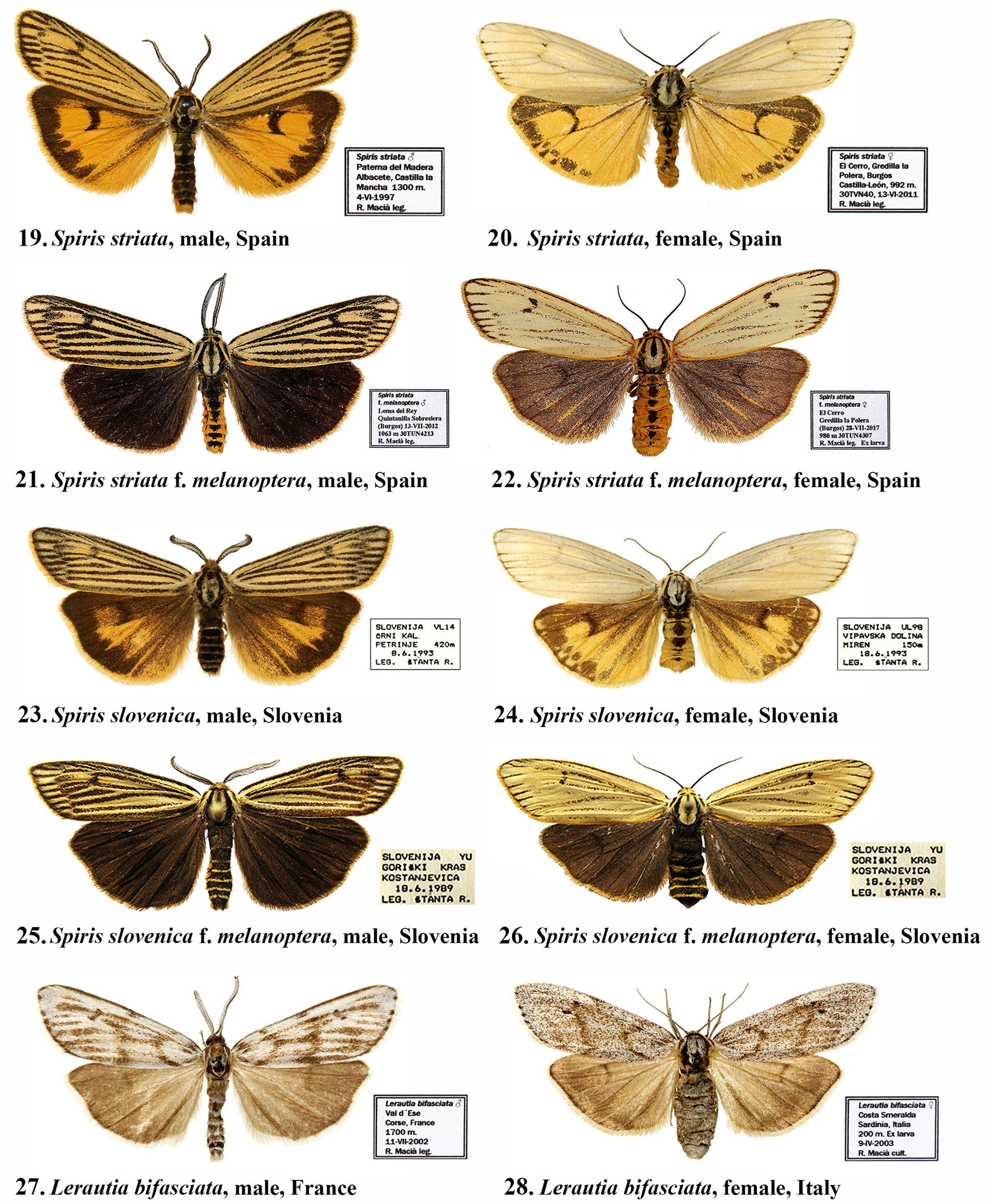