Several morphological features have been found which show the taxa, hitherto known as C. libyssa   and C. romei   , form a monophyletic group, which is sister to another monophyletic group that includes the type species C. cribraria   . Based on these findings, we propose the new genus Sagarriella Macià, Mally, Ylla, Gastón & Huertas   gen. nov. for the taxa romei   and libyssa   , with Coscinia romei   as type species.

Derivatio nominis. We dedicate the genus to the eminent entomologist Ignasi de Sagarra, the former curator of the Museum of Natural Sciences of Barcelona (MCNB) and author of the type species of the new genus. 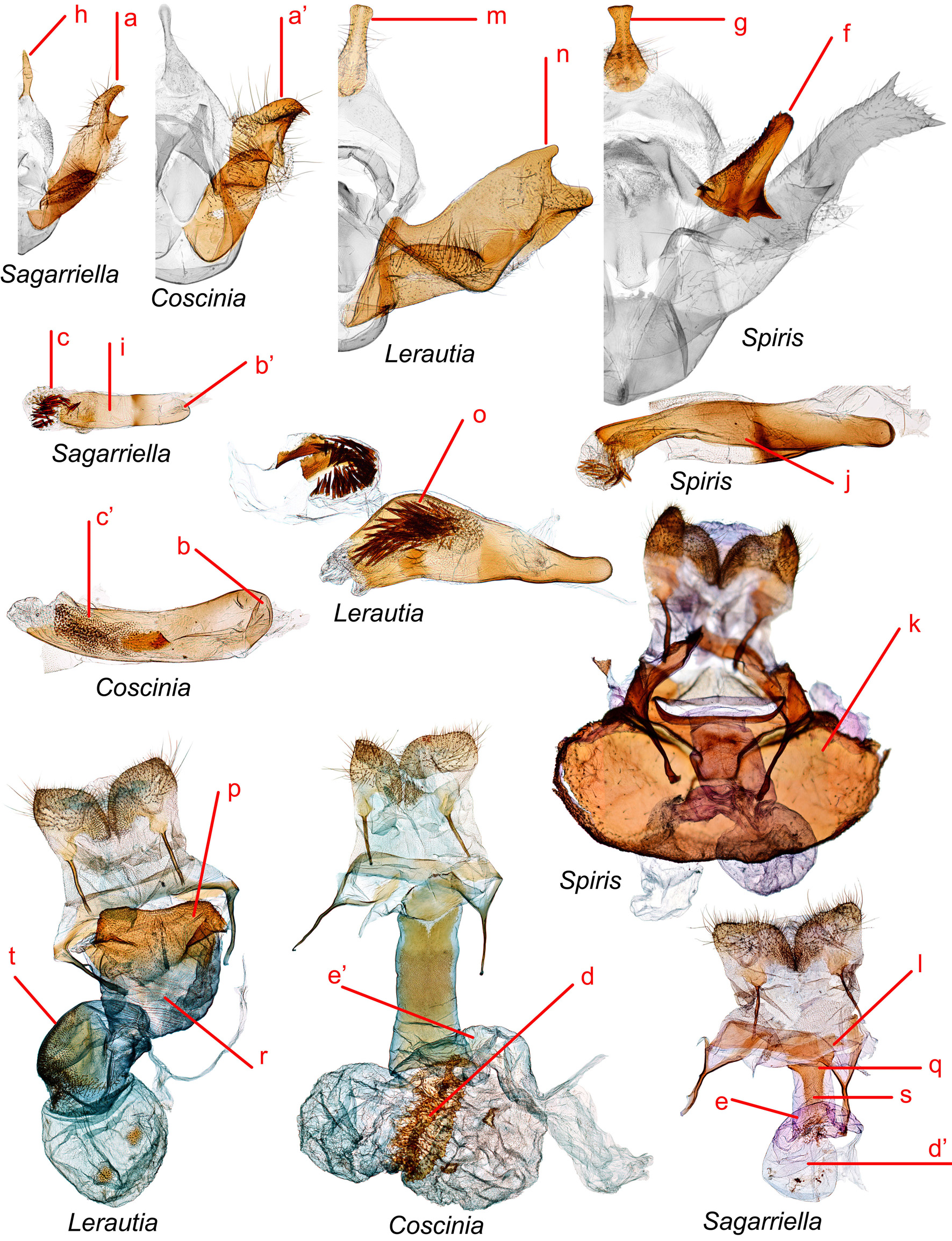 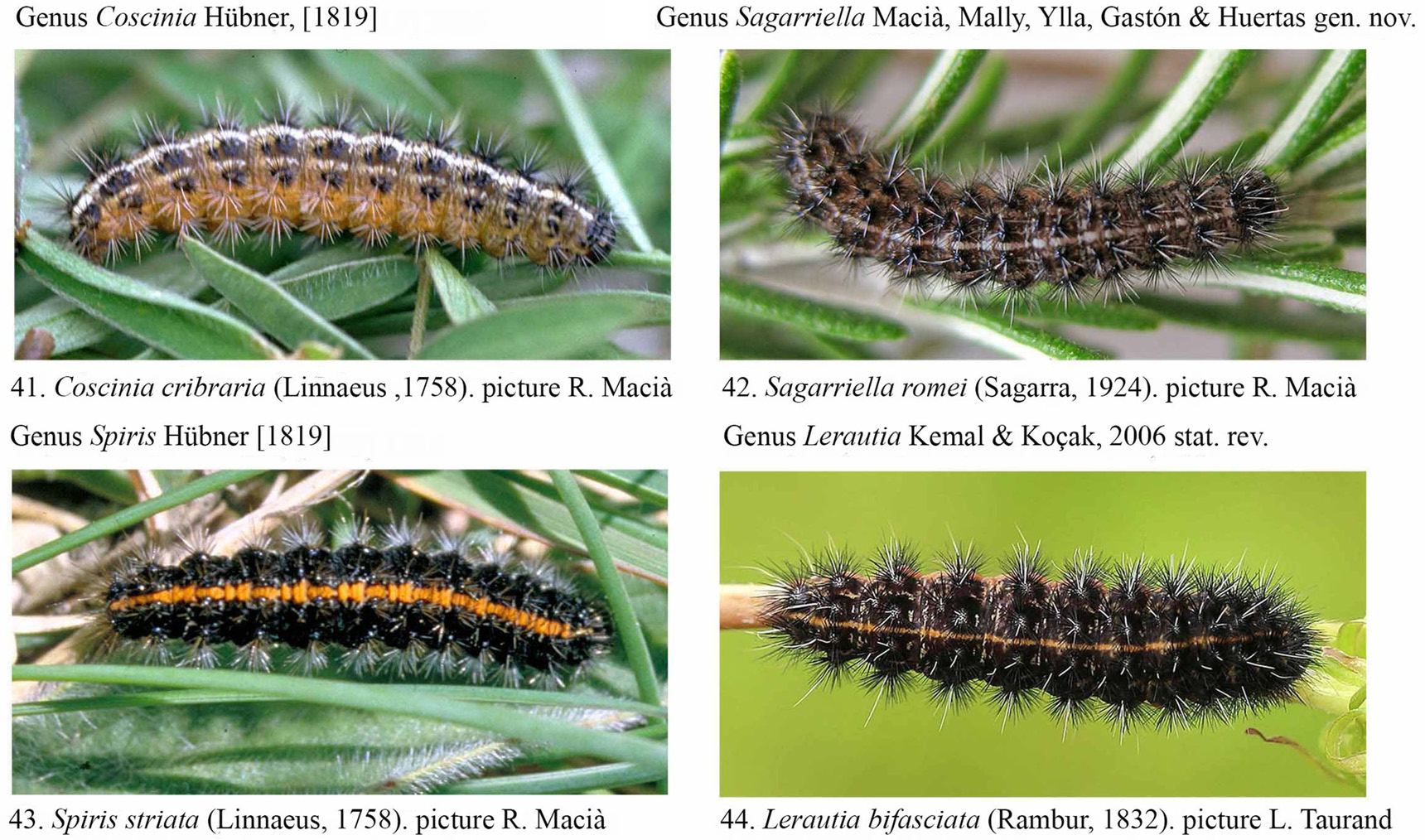