Diagnosis. The main characteristic feature of this species is the yellow-ochre frons on the head.Apart from that, it is easily distinguished from the other Coscinia   species by the metallic white forewings and the pale grey tone of the hindwings.

Genitalia (Fig. 33). No features have been found which differentiate this species from C. cribraria   .

Molecular data. The seven genetically investigated specimens differ by 0–2.16% from each other, with an average of 1.03% p-distance. The highest intraspecific p-distance is between the two sampled specimens from Morocco. Interspecific p-distances to specimens of C. cribraria   range from 6.26% to 9.72%; the lowest p-distance (6.26%) is with two C. cribraria   specimens from Burgos in N-Spain (ZMBN Lep506–507), the highest p-distance (9.72%) with a specimen of C. c. ibicenca from Formentera (ZMBN Lep506). Coscinia chrysocephala   differs from C. mariarosae   by 6.91–8.21% Barcode p-distance. See also Table 3 View TABLE 3 for details on the COI Barcode p-distances.

Biology. Bivoltine, in two virtually continuous generations from mid-April to mid-August and then from September to November, depending on warmer or colder areas. Both sexes are nocturnal and attracted to artificial light. Colonies are found in arid areas, mainly near the coast, reaching up to 2300 m. The larvae are polyphagous on numerous grasses ( Poaceae   ) and other low plants including Cistus   , Rumex   , Plantago   and Taraxacum   , among others ( Ylla et al. 2010). Occasionally, in the southern slopes of Sierra Nevada ( Granada) can be found melanic forms.

Distribution ( Fig. 55 View FIGURE 55 ). Coscinia chrysocephala   is an Atlanto-Mediterranean species, distributed in Spain mainly along the Levantine coast and the southern half of Andalusia in scattered colonies of abundant individuals. Also present in Morocco, Tunisia, southern Italy and Sicily ( Daniel 1955). 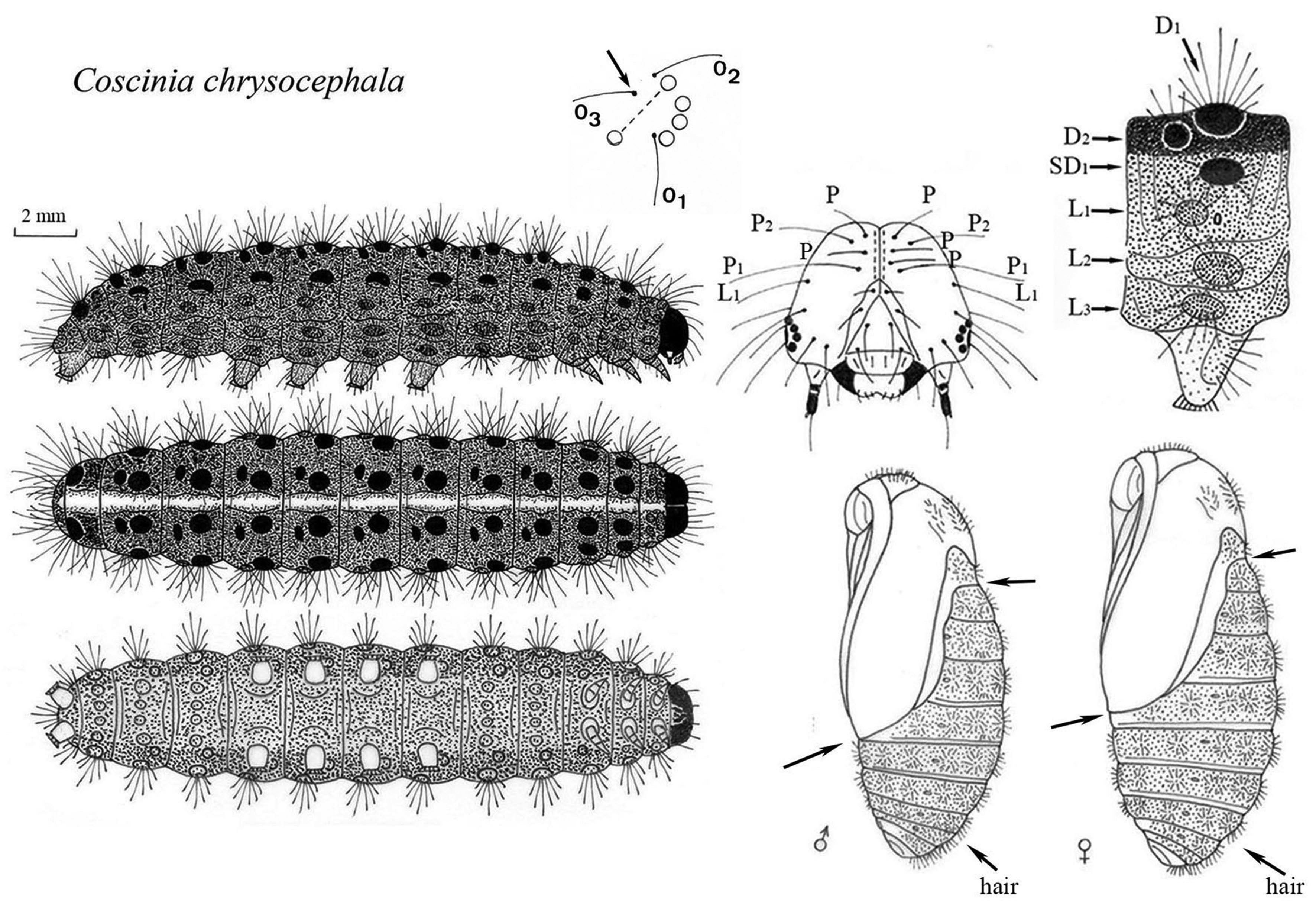 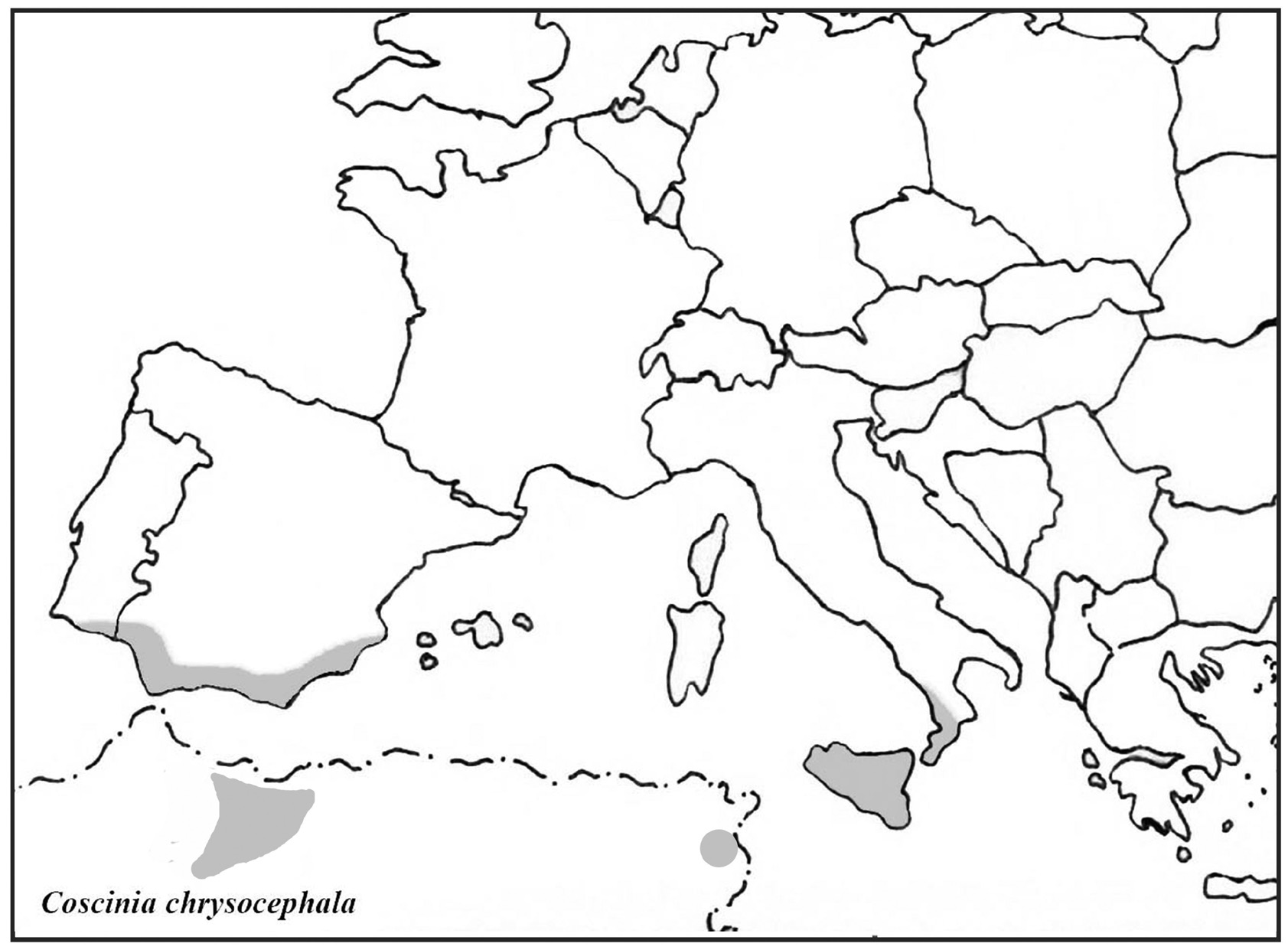 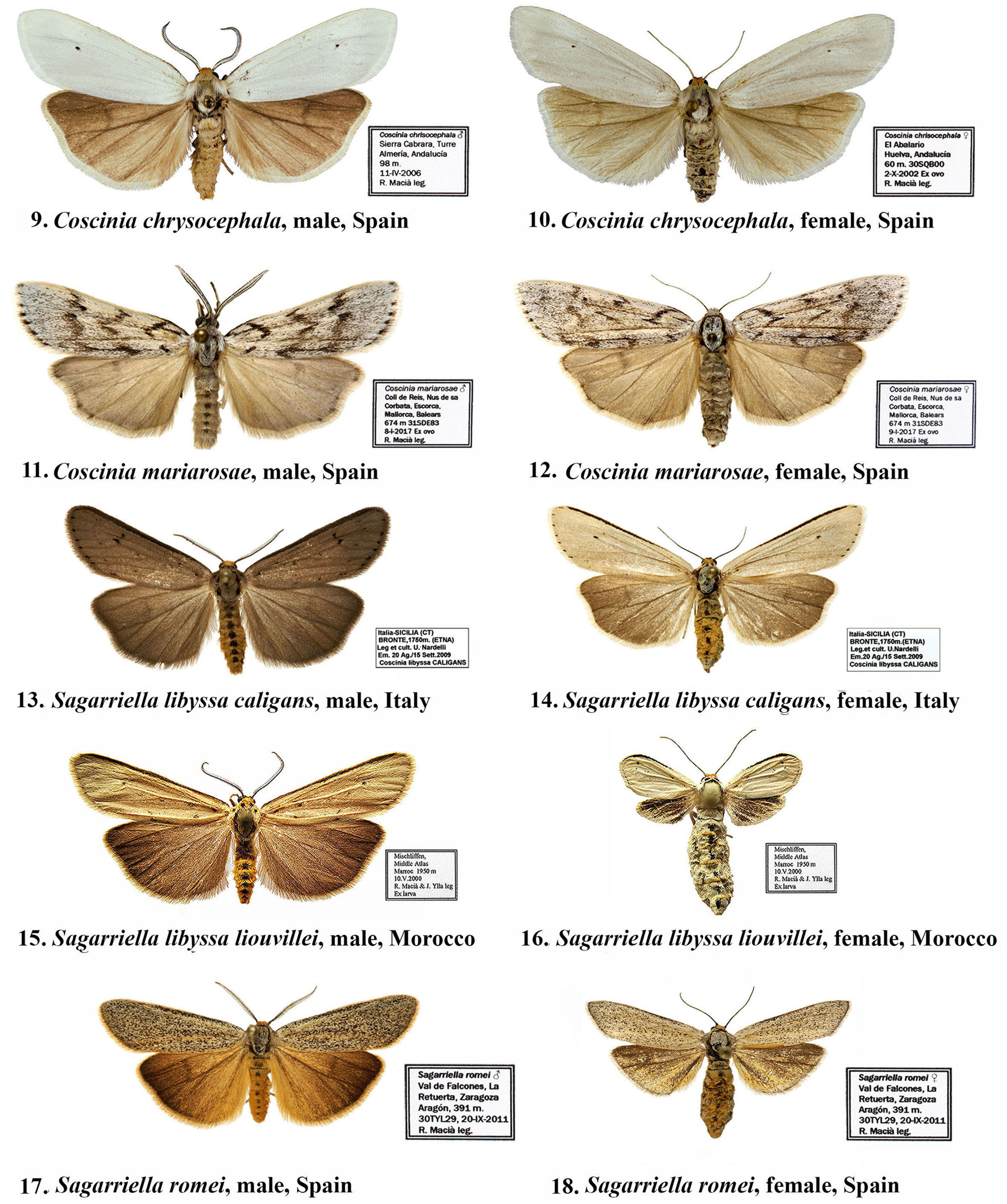