Diagnosis. The species is very similar to T. leighi ( Peckham & Peckham, 1903)   in the coloration but differs by the location of white hairs on eye field. These hairs form a thin line along the anterior margin of the eye field in T. leighi   , whereas T. haddadi   has patches between the anterior eyes (compare Fig. 200 View FIGURES 200–202 herein with Wesołowska 2012: fig. 59). The copulatory organs of this species are very similar to those of T. clarosignata   described above. T. haddadi   is easily distinguished from T. clarosignata   by the abdominal pattern (lack of light transverse strip) and the lack of small denticles on the tibial apophysis of the male palp, as well as the placement of the epigynal depressions (lateral in T. clarosignata versus   anterior in T. haddadi   ) and the broader spermathecae in female.

Etymology. The species is dedicated to Charles Haddad, an arachnologist from University of the Free State of South Africa, specialist in African corinnids.

Distribution. Known only from Pietermaritzburg in KwaZulu-Natal Province of South Africa. 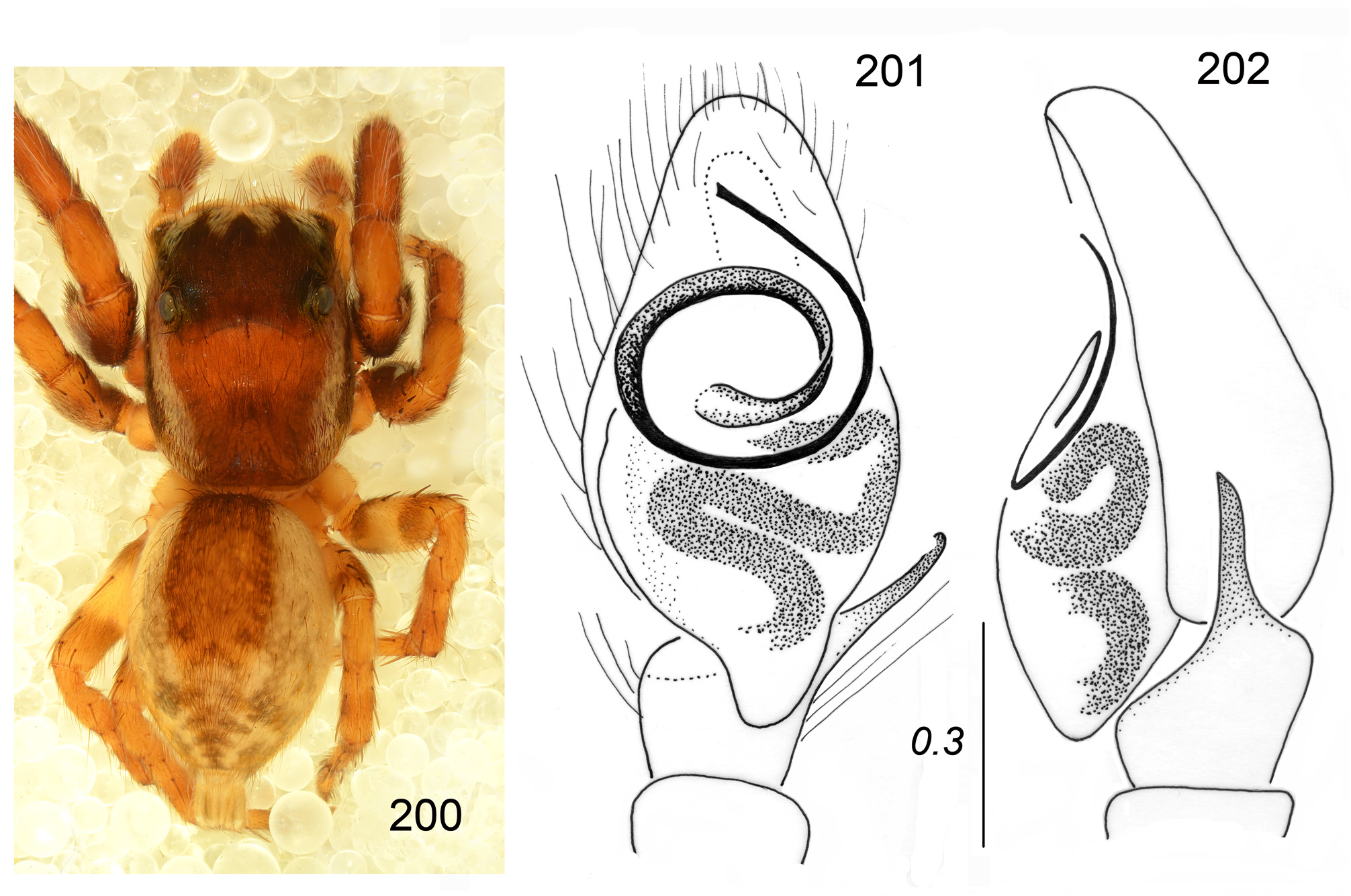 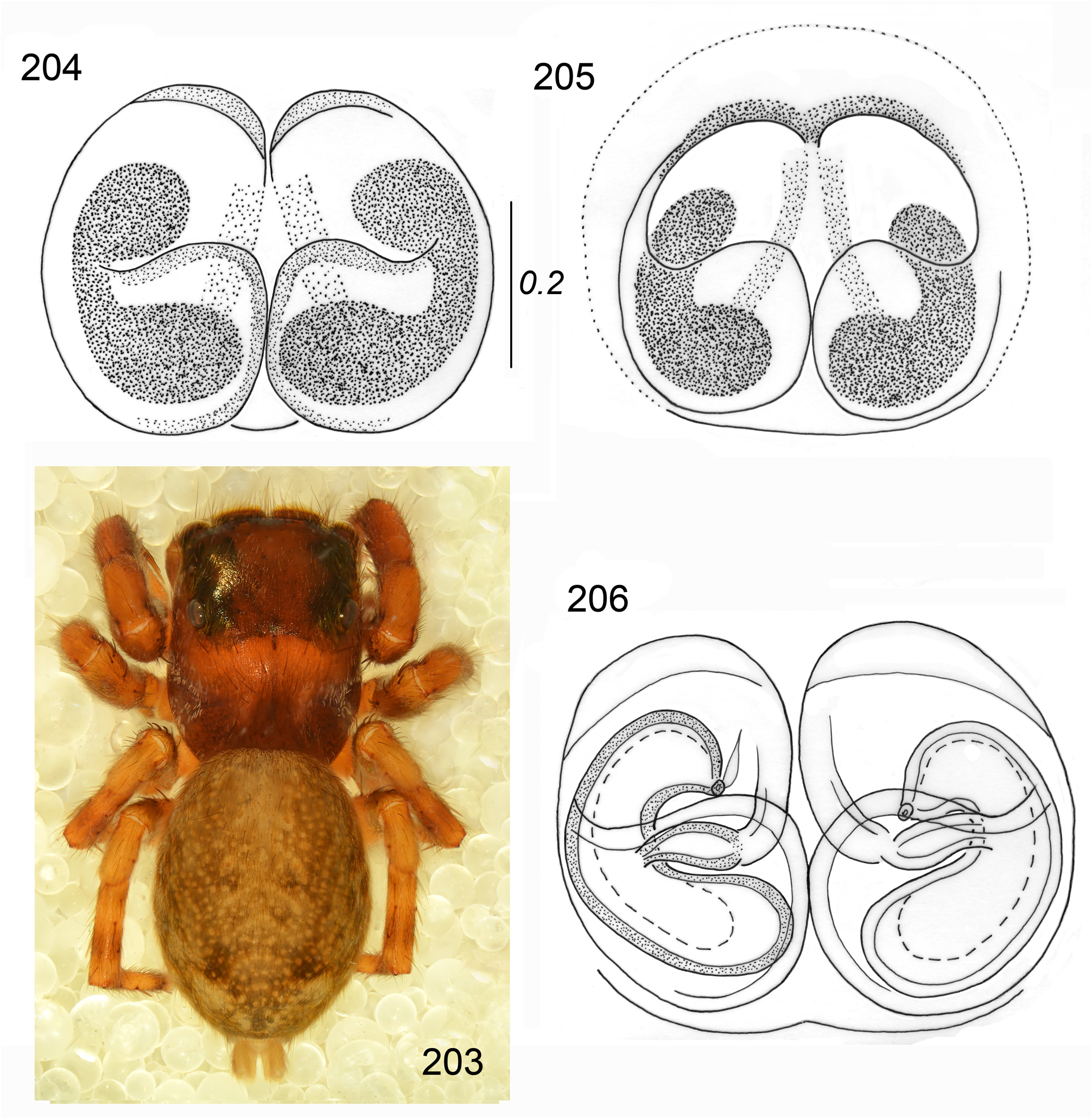