Meaning “invasive” (from Latin invado) The type colony in SW Germany is an anthropogenous introduction from an unknown origin, shows circannual outdoor nesting, but invaded houses in large numbers during the extremely dry summers of 2018 and 2019.

(Table 1, key, Figures 6 View Figure 6 - 8 View Figure 8 ). With narrowly-spaced basal pits of pubescence hairs (BPdG 15.6 µm), low pubescence distance (sqPDG 2.69) and the 4th funiculus segment not being much longer than the 3rd (F4/F3 1.346), Pl. invadens   sp. nov. is clearly separable from the species of the Pl. pygmaea   and Pl. pallescens   group and is characterised as a member of the Pl. schmitzii   group. It is outstanding within the latter group by the very short 3rd funiculus segment: primary ratios of F3/CS are 7.37 ± 0.43 [6.85, 8.04]% in ten workers of Pl. invadens   sp. nov., but 9.78 ± 0.61 [8.59, 11.59]% in 124 specimens of the other three Pl. schmitzii   group species. The most similar species is Pl. atlantis   and it may be asked if there is a risk of synonymy, considering that the description of Pl. invadens   sp. nov. is based on workers from only a single supercolony. Running a PCA, considering absolute head size and the 16 RAV-corrected shape, pubescence and surface characters, resulted in a strong separation of all individuals by the 1st principal component:

Pl. invadens   sp. nov. is known so far from only a single supercolony in SW Germany in a settlement with about 30% greenery and 70% building or sealed area. Residents became aware of the ants in the gardens in about 2016. Ants were not perceived as plagues inside the houses in the years 2016 and 2017, but masses of workers invaded houses during the extremely dry summers of 2018 and 2019 in such numbers that the residents tried to get rid of the ants by using vacuum cleaners. Gerhard Heller observed in September 2019 and June 2020 the presence of a true supercolony with millions of workers and runways stretching along the roadside of at least two properties. Preferred nest sites were the most humid spots with much greenery where the ants constructed small hills made of soil ejections. The residents also reported that "black ants being clearly bigger" than the Plagiolepis   - presumably Lasius niger   (Linnaeus, 1758) - vanished after the development of the Pl. invadens   sp. nov. supercolony. The species is obviously able to long-time survival under outdoor conditions within the current climatic scenario and will have to be considered as established neozoon in Germany if efforts to eradicate the population fail. Reproductive biology, demography and food ecology of Pl. invadens   sp. nov. are not studied so far, but are expected to show the traits described in the concluding chapter of this paper. 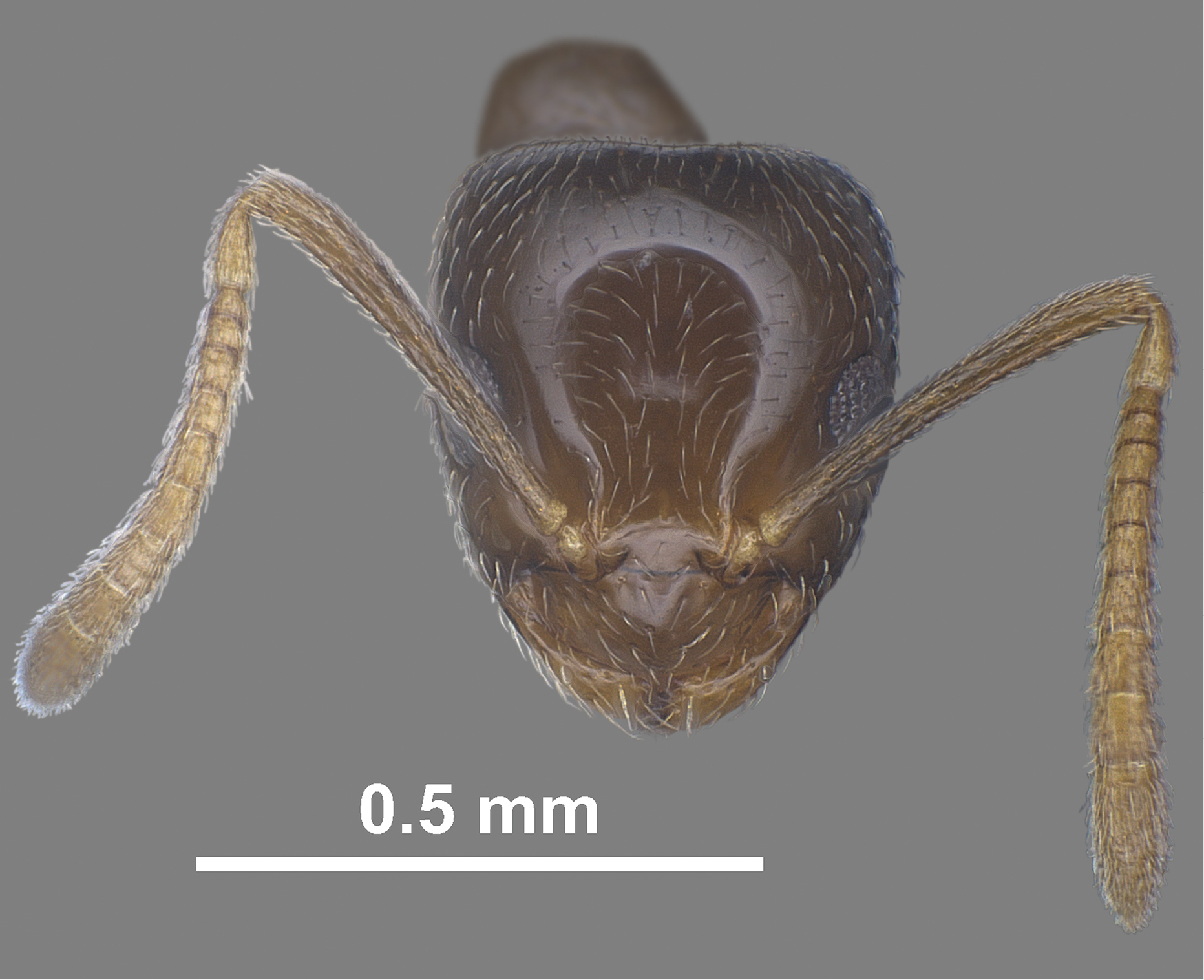 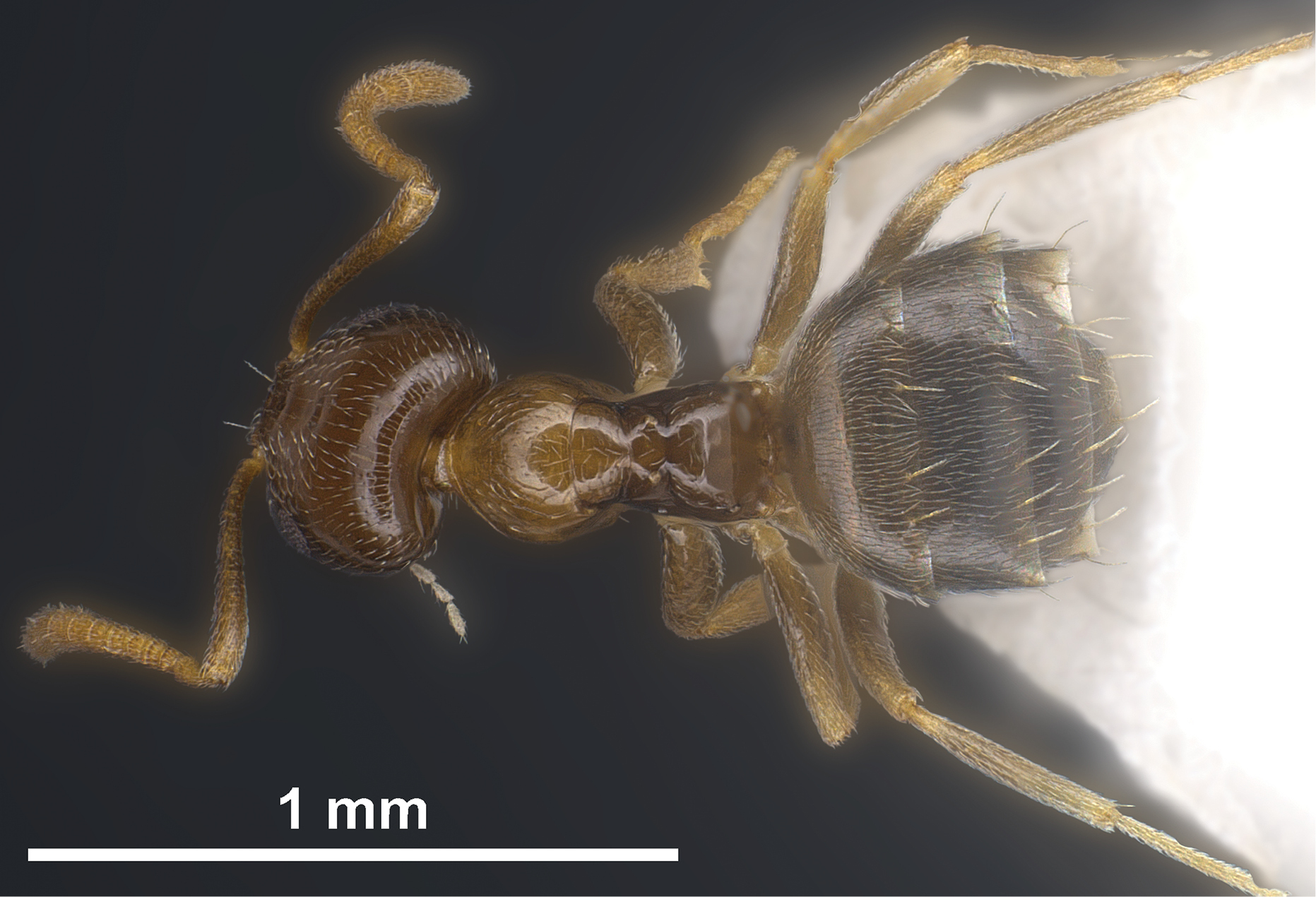