One egg was found, spherical, white, about 100 m in diameter ( Figs. 23 View FIGURES 17–23 , 29–30 View FIGURES 24–30 ). Egg chorion with thin, elongate conical processes. Processes 15–17 m long, base diameter 6.5–9 m, often with 1–3 transverse septae inside. Tops of some processes bifurcated. Egg surface between processes covered with evident sculpture consisted of closely distributed flat granules (nearly 0.5 m in diameter). Base of each process with 1–4 large pores (0.8– 1.1 m in diameter) around base and close to it. Wider ring, consists of 5–8 small pores (nearly 0.5 m in diameter) also around base of each process. Egg shell nearly 2 m thick and divided in two layers: thick external (nearly 1 m) and thin internal (nearly 0.5 m). Space between them with numerous pillars, connecting these layers. The only free egg found lacks developed embryo, but two developed eggs, visible in the ovary of adult animal ( Fig. 28 View FIGURES 24–30 ) have very similar chorion structure (elongate conical processes with internal transverse septae, large pores around base of processes).

Remarks. On the basis of the morphology of the adult specimen Calcarobiotus sp.   is similar to the members of Discrepunguis subgenus of the genus Calcarobiotus   . It is easily distinguished from Calcarobiotus (Discrepunguis) eugranulatus (Maucci)   and C. (D.) polygonatus (Binda & Guglielmino)   in having completely smooth cuticle. It seems to be a new species, but taking into account the poor state of the single specimen found and some differences in the morphology of free­laid egg and eggs in the female ovary this species could not be described as a valid species without finding of the additional material. 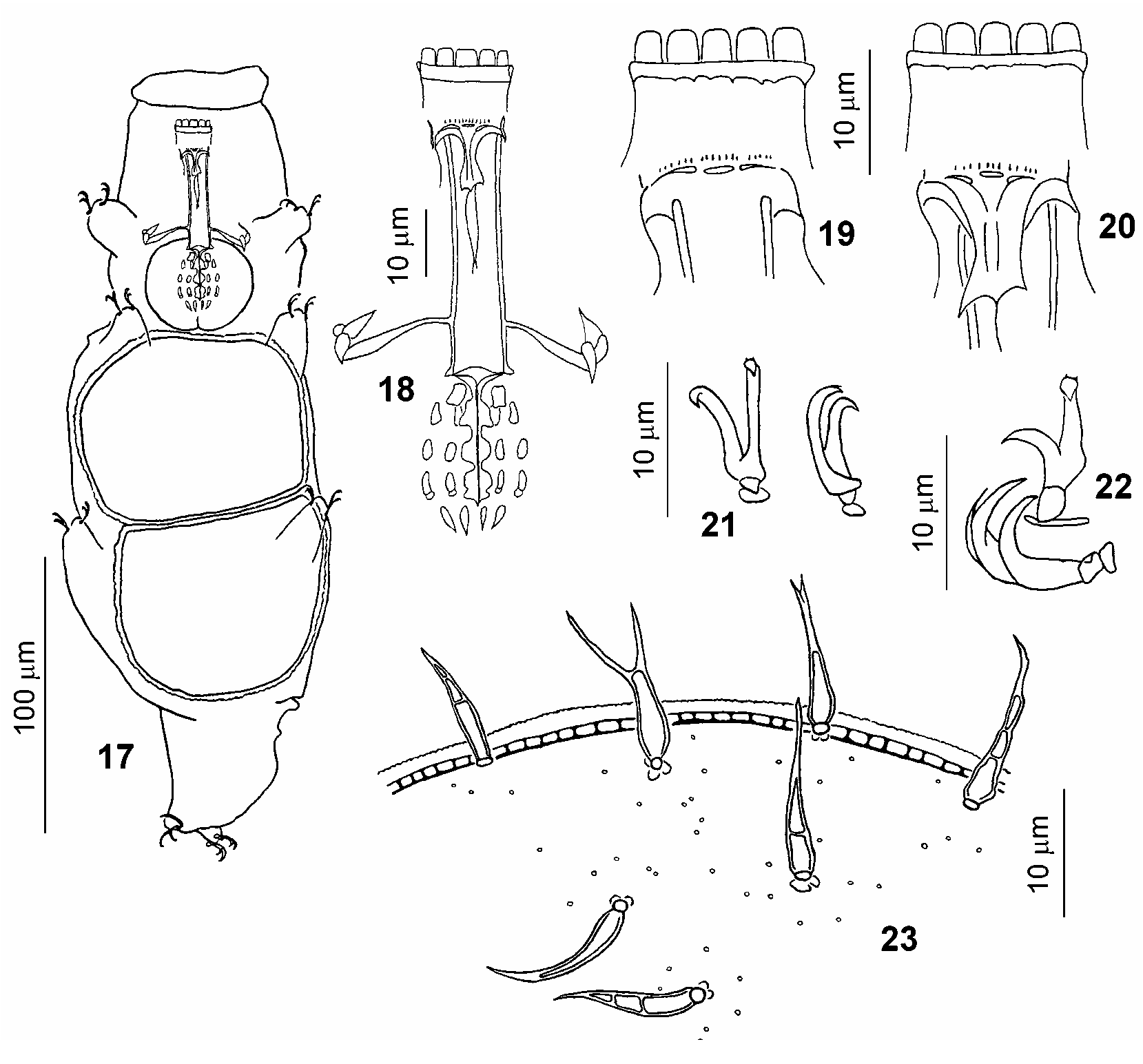 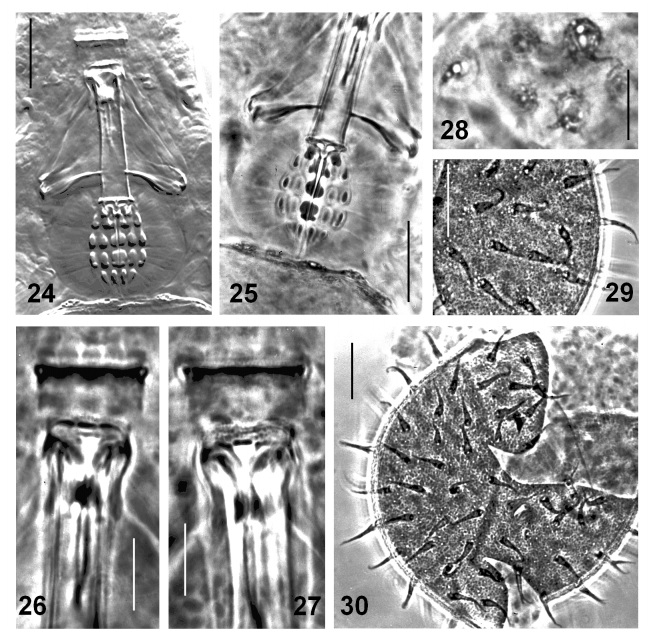