Diagnosis. This species differs from E. bicolor   , E. bicolorellus   , E. brindabellae   , E. dorrigo   , E. limitaris   , E. minutus   , E. protibialis   and E. tasmaniae   in having a longer and narrower metanepisternum and less sharply acute scutellar shield and in having an internal eye notch and well-developed hind wings. It differs from E. lorien   and E. similis   in having a shorter and broader body (less than 1.9 times as long as wide; elytra together less than 1.57 times as long as wide) and the apical maxillary palpomere widest at the middle with an acute apex, and from E. nebulosus   in having the head, pronotum and scutellar shield red and elytra black and the terminal antennomere more than twice as long as wide.

Etymology. Derived from the Latin tropicus   , pertaining to the solstice, but usually referring to the warmer latitudes. 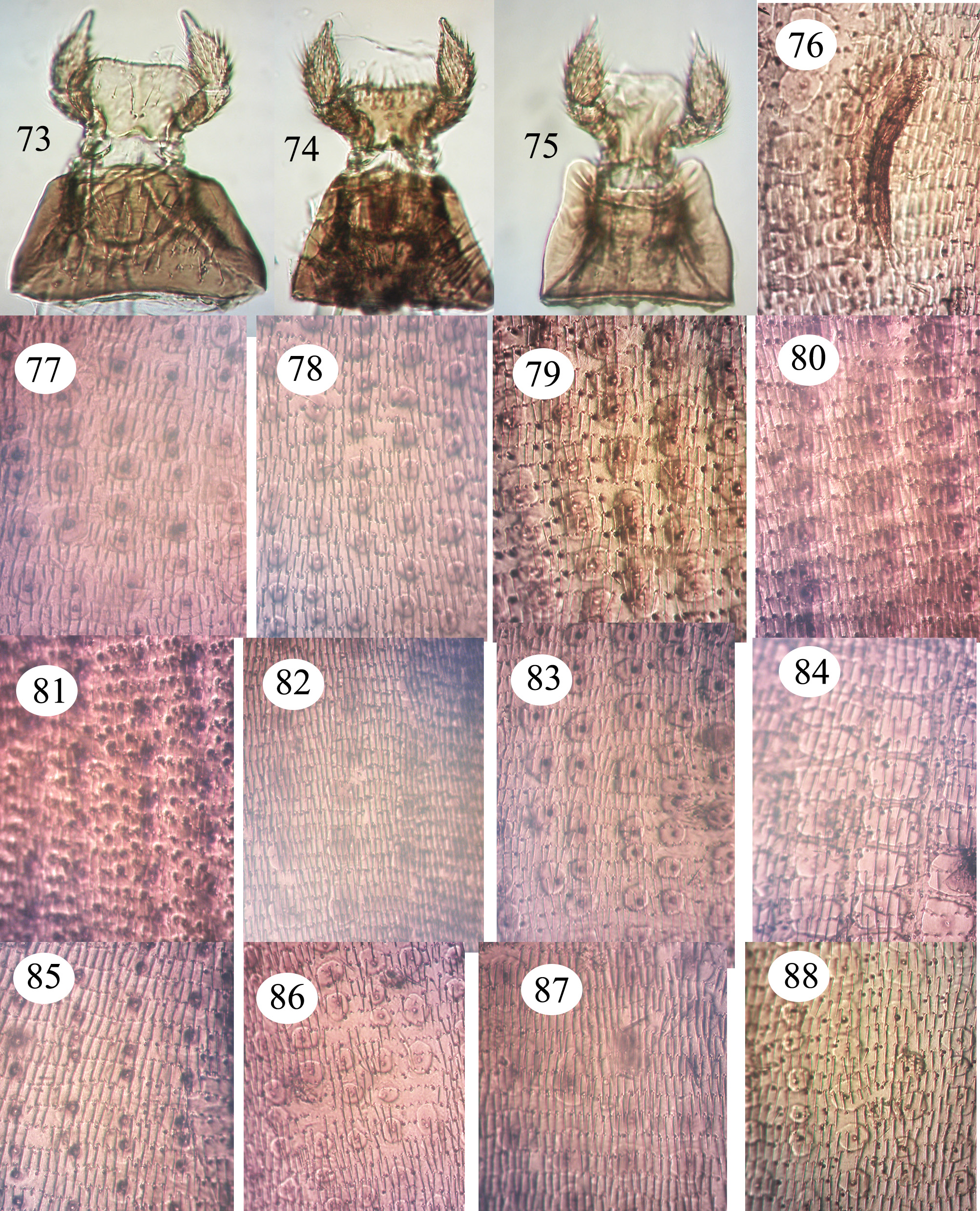