Thetwospeciesdiscussedbelowroughlycorrespondtothe diagnosis of Roth, but A. punctipennis   has a pronounced sexual dimorphism, tegmina and wings completely developed in the male, but distinctly shortened in the female, and an unspecialized first abdominal tergite (see description below). The structure of the head is markedly different in A. erubescens   and A. punctipennis   (compare Fig. 1 View Figs 1 - 15 and 24 View Figs 24 - 37 of present paper).

The structure of the male genitalia of A. ehrmanni   was described only briefly. The statement that sclerite L 2 D (=L 2 d in Roth, 1995) of the male genitalia is not divided into a basal and apical part is probably erroneous because a small sclerotization is discernible on Fig. 4 in View Figs 1 - 15 the original description ( Roth, 1995). This sclerotization could correspond to the “apical sclerite” of sclerite L 2 D (compare fig. 4 in Roth, 1995 and Figs 10, 11 View Figs 1 - 15 of present paper). 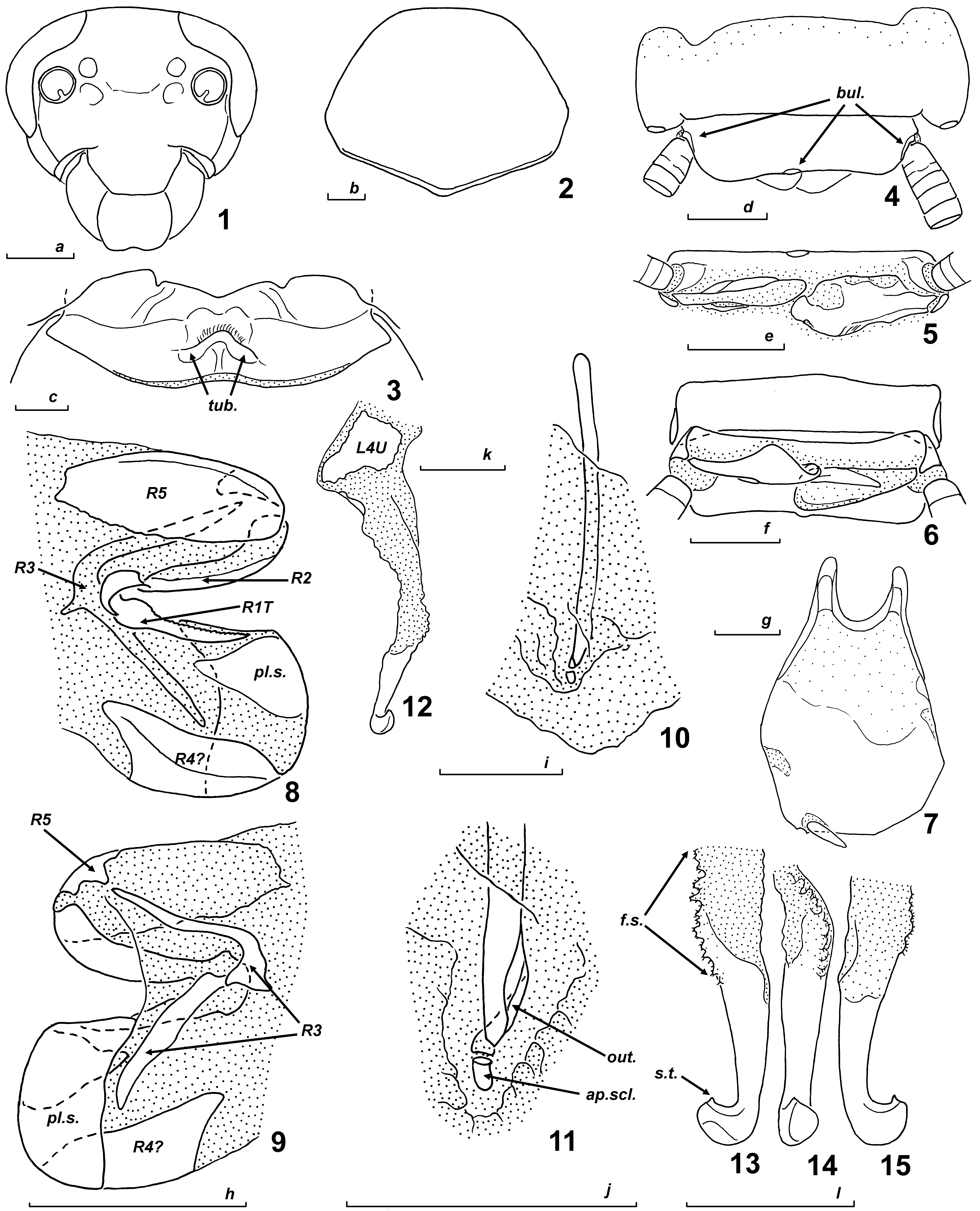 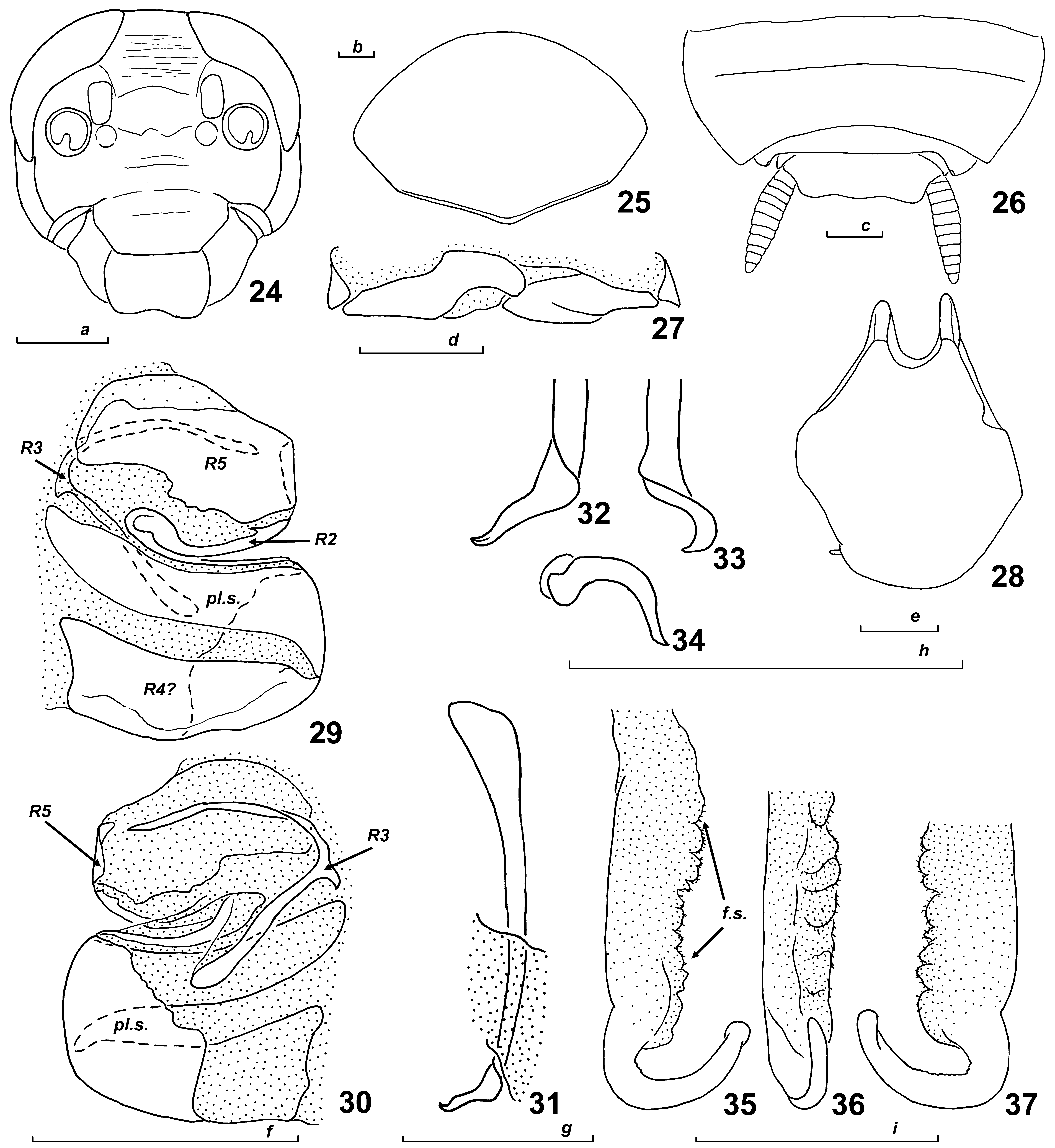