A hygrophilous species in a wide range of habitats: from freshwater to brackish water habitats like winter ponds, shaded and unshaded streams, lakes, swamps, etc. Very abundant in the swamps north of the Sea of Galilee (Figs 31View Figures 31–34, 33View Figures 31–34).

We did not find the species in the extremely arid and hot areas around the Dead Sea or at the springs in the Arava Valley. Also in the light catches from the En Gedi Nature Reserve (kept in the ZSM), which cover the whole year, the species is missing like all other Platynini  .

In contrast to some other Agonum  species not threatened and still widespread. Found even in strongly urbanized areas, like a winter pond circled by highway loops north of Tel Aviv (pers. obs.). 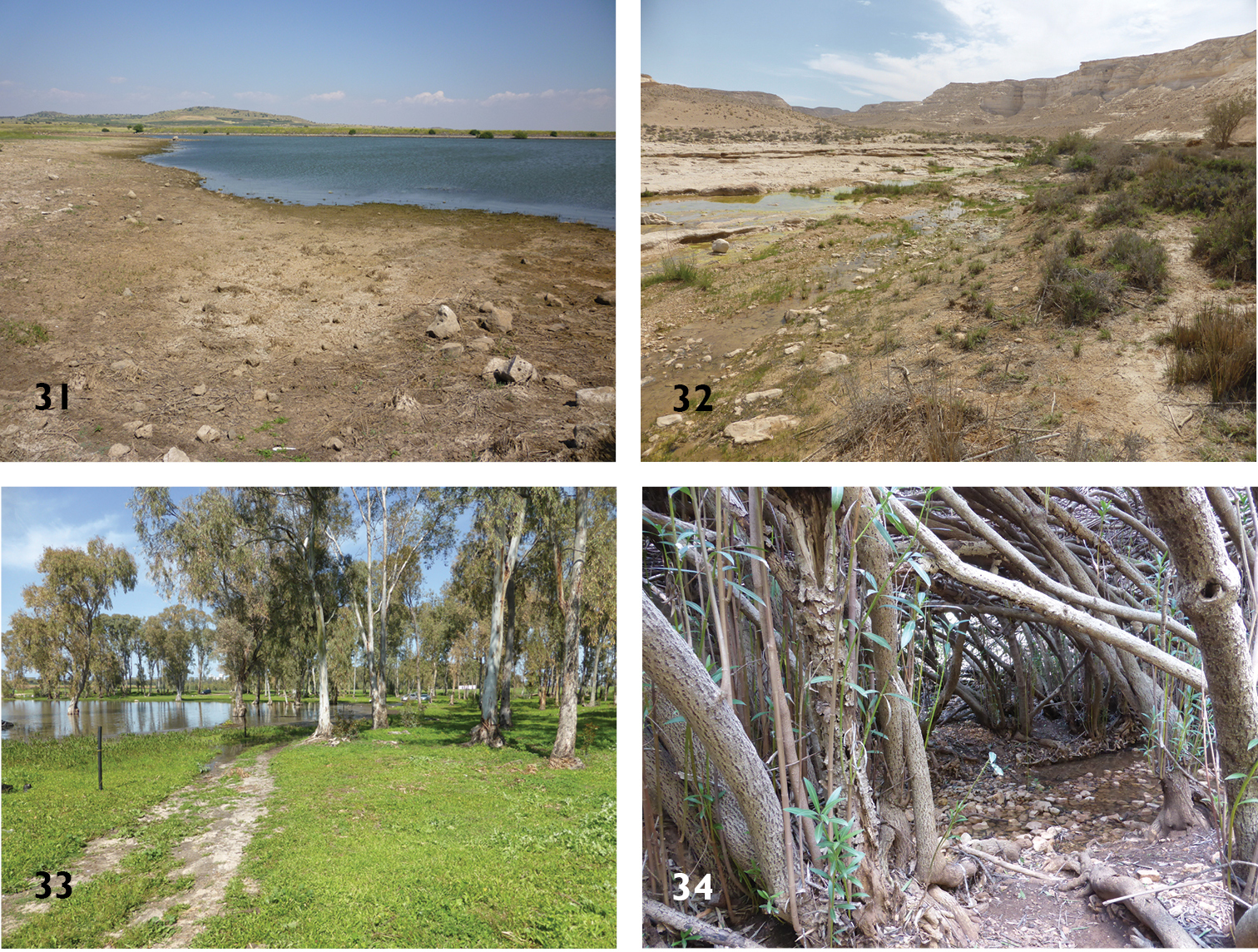