Kullander, Sven O. & Santos de Lucena, Carlos A., 2006, A review of the species of Crenicichla (Teleostei: Cichlidae) from the Atlantic coastal rivers of southeastern Brazil from Bahia to Rio Grande do Sul States, with descriptions of three new species, Neotropical Ichthyology 4 (2), pp. 127-146: 137-139

Coloration in alcohol. Males and females similar in body color pattern, but males with more numerous and more distinct spots in unpaired fins. Dark brown preorbital stripe running from orbit across upper lip and around tip of lower jaw to dorsal end of gill cleft.Nuchal marks faintly expressed and including blackish spot slightly above posttemporal bone and dark band along margins of scales above sphenotic bone. Suborbital marking consisting of black spot on second infraorbital bone and brownish dots on one or two scales below, at best extending as pointed stripe down to middle of cheek as in holotype.

Wide blackish lateral band about four scales deep throughout or three scales deep anteriorly, running from pectoral girdle to caudal fin base, slightly separated from upper lateral line except at its end and extending ventrally onto scales of lower lateral line.

Minute black spots cover lateral band and posterior 3/4 of back in holotype; in others also in irregular horizontal row slightly ventral to lateral band. No dark spots on head other than those forming suborbital marking.

Etymology. Tingui is a Tupi word used in southern Brazil to designate an origin or inhabitant of the State of Paraná. It is here used as a noun in apposition. 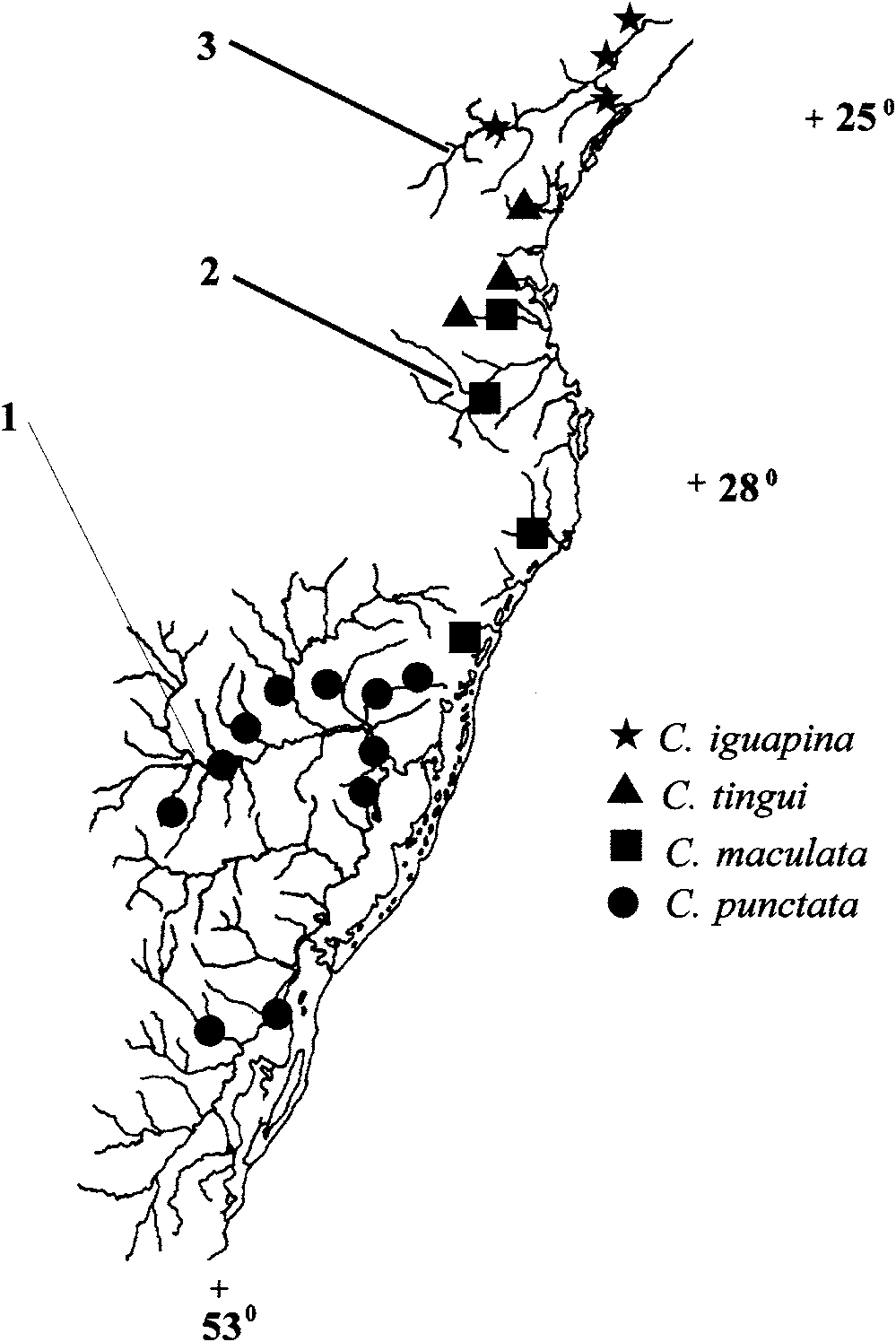