C o m m e n t: The original description is based on a male holotype from "Idstevan, Kloster Kiranz... an der nördl. Grenze von Armenien und Azerbeidshan" and an unspecified number of paratypes found "an verschiedenen Fundorten in Russisch-Armenien in Höhen zwischen 2000 und 3500 m ". Four type specimens were located in the Khnzorian collection (cKal): a male labelled as the holotype, a female labelled as the allotype, and two females labelled as paratypes. The status of the specimen labelled as the holotype is doubtful, since the locality label does not correspond to the type locality indicated in the original description. It is, however, conspecific with a male paratype in the Benick collection (MHNG), which was collected in the same locality as the allotype and which had been examined by the second author. The allotype is not conspecific with the holotype, but belongs to A. semialba   . A d d i t i o n a l m a t e r i a l e x a m i n e d: Armenia: 333, S Martuni, Sulema Pass,

D i s t r i b u t i o n a n d n a t u r a l h i s t o r y: The species is known from several localities in both North and South Armenia. The specimens were found primarily in grassland by sifting debris and roots (partly near streams), or by turning stones, at elevations of 2340-3300 m. 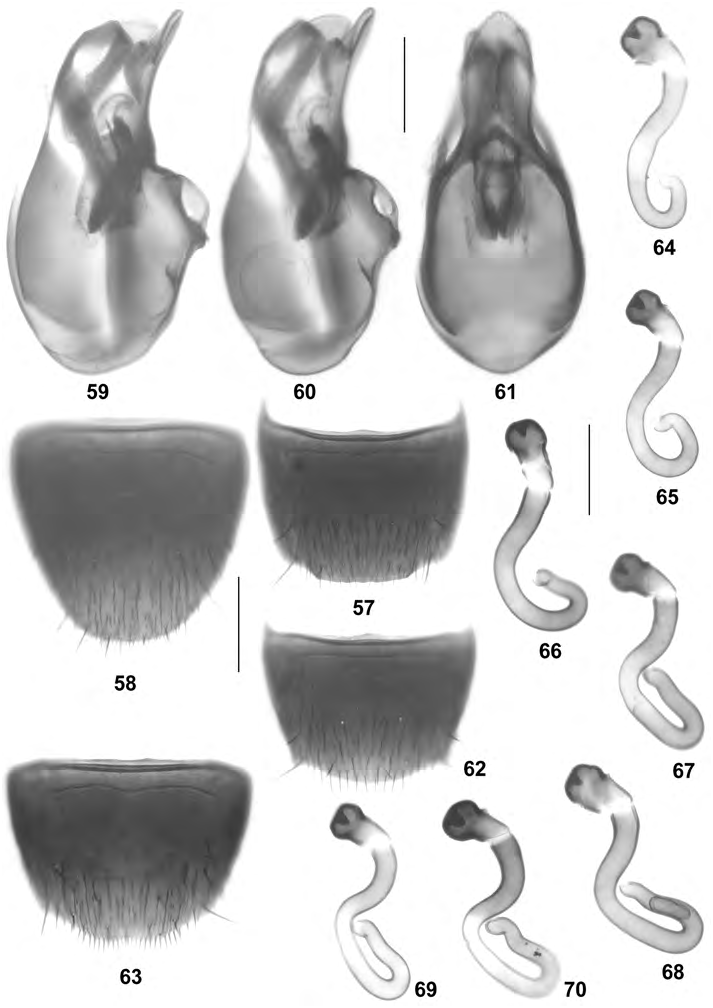