Mesosoma ( Fig. 166A, D, E, G View Figure 166 ). Mesosoma dorsoventrally convex. Mesoscutum proximally convex and distally flat, punctation distinct proximally with polished area distally, interspaces smooth. Scutellum triangular, apex sloped and fused with BS, scutellar punctation indistinct throughout, in profile scutellum flat and on same plane as mesoscutum, phragma of the scutellum partially exposed; BS only very partially overlapping the MPM; ATS demilune with a little, complete and parallel carinae; dorsal ATS groove with semicircular/parallel carinae. Transscutal articulation with small and heterogeneous foveae, area just behind transscutal articulation smooth, shiny and nearly at the same level as mesoscutum (flat). Metanotum with BM wider than PFM (clearly differentiated); MPM circular and bisected by a median longitudinal carina; AFM without setiferous lobes and not as well delineated as PFM; PFM thick, smooth and with lateral ends rounded; ATM proximally with a groove with some sculpturing and distally with rugae. Propodeum without median longitudinal carina and with indistinct sculpture, proximal half weakly curved and distal half with a shallow dent at each side of nucha; distal edge of propodeum with a flange at each side and without stubs; propodeal spiracle without distal carina; nucha surrounded by very short radiating carinae. Pronotum with a distinct dorsal furrow, dorsally with a well-defined smooth band; central area of pronotum smooth, but both dorsal and ventral furrows with short and parallel carinae. Propleuron with fine punctations throughout and dorsally without a carina. Metasternum convex. Contour of mesopleuron straight/angulate or nearly so; precoxal groove smooth, shiny and distinct; epicnemial ridge elongated more fusiform (tapering at both ends).

The ovipositor sheath is long as in Sathon , the pubescence is distributed along the surface, but not concentrated at the apex ( Fig. 166A, H View Figure 166 ).

Michael (Mike) E. Schauff’s research has focused upon the biology and systematics of chalcidoid wasps, including Eulophidae . He has been based at the USDA Systematic Entomology Laboratory at the American National Museum of Natural History, New York, NY, USA.

The parasitized caterpillars were collected in Costa Rica, ACG, Sector San Cristóbal (Puente Palma and Vado Río Cucaracho), during June 2006 and September 2008 at 460 and 640 m in rain forest. 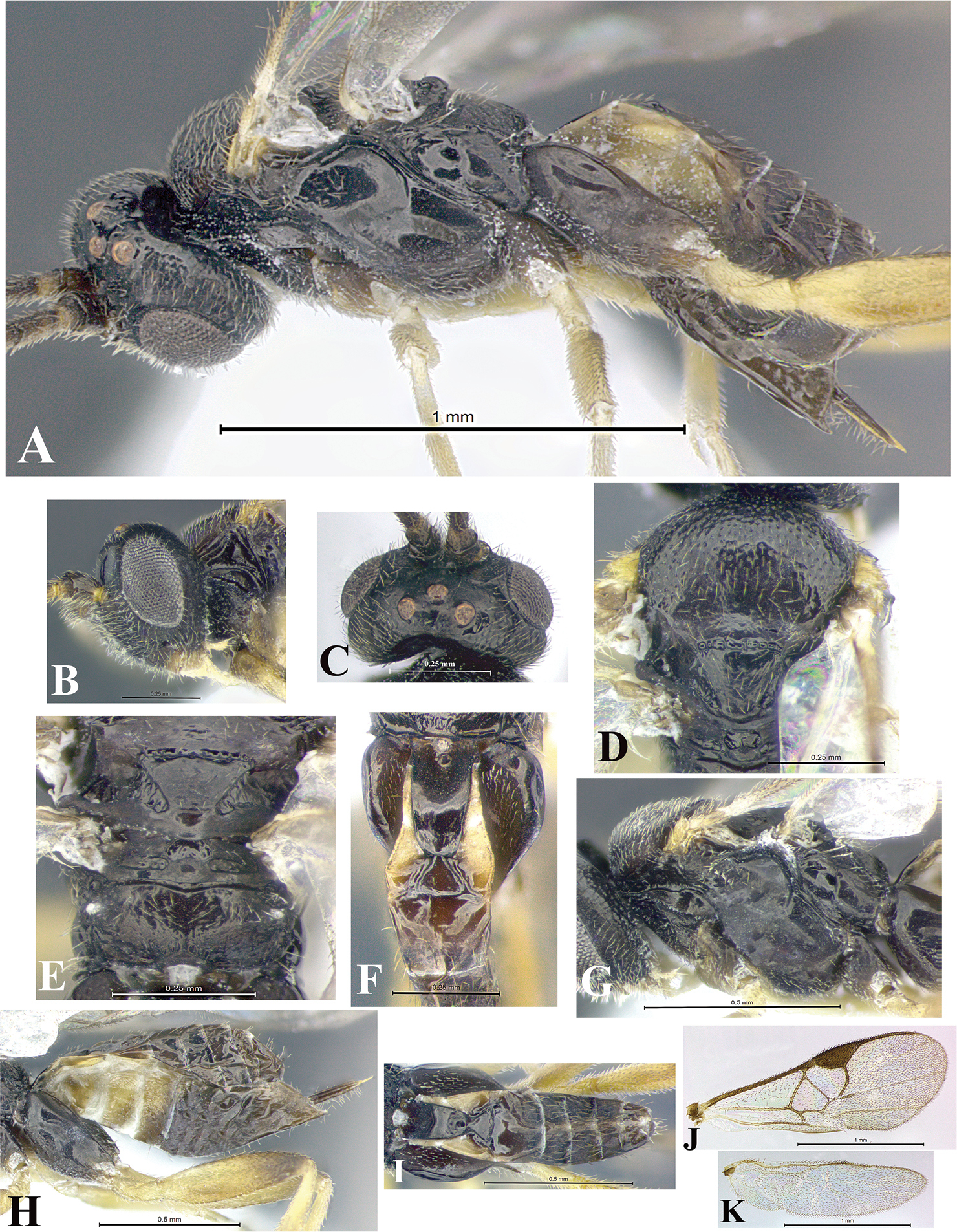 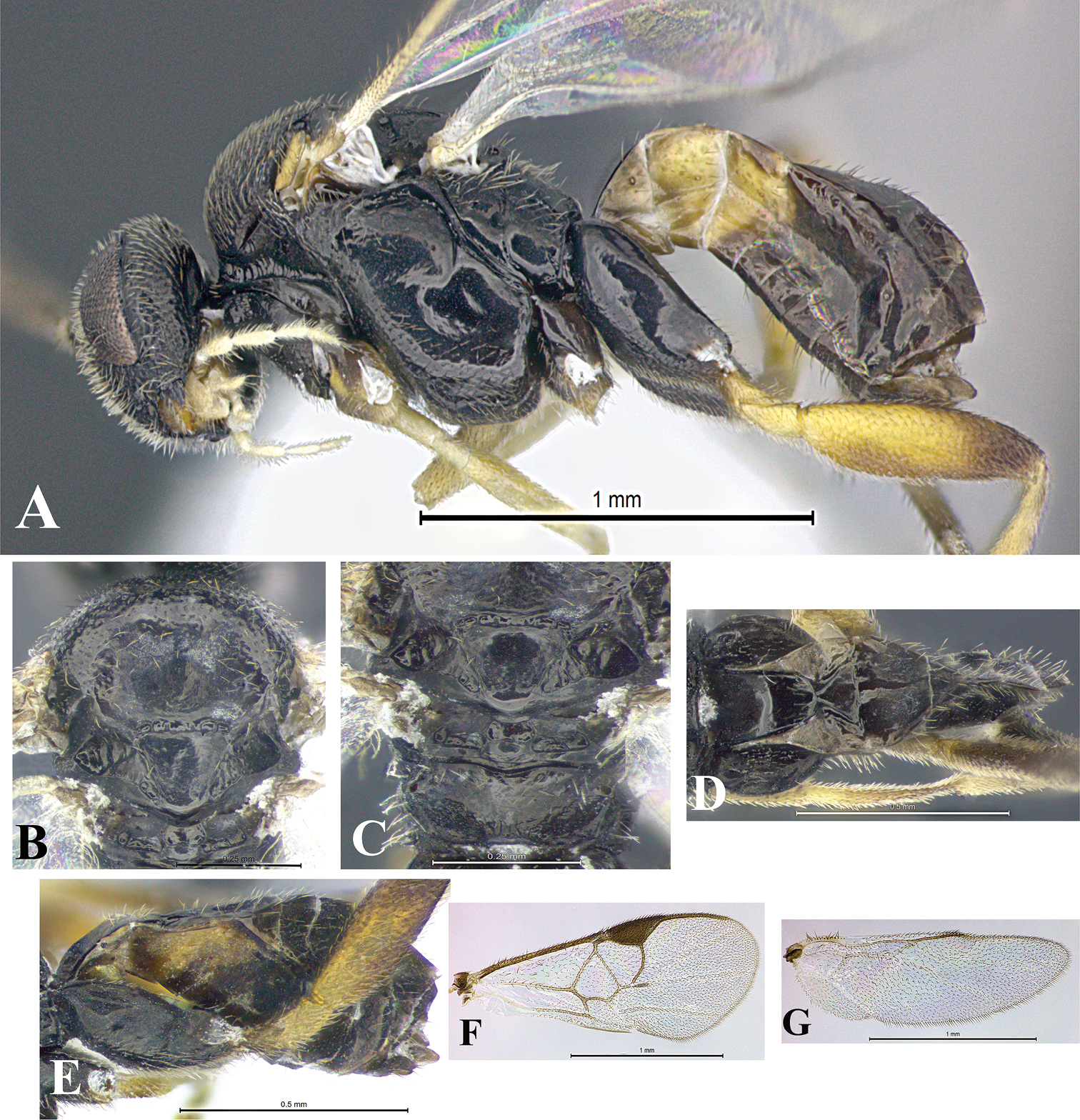