Description. MALE. Length 4.3–6.5 mm, width 1.0– 1.6 mm (measured across humeri). Small, narrow, subcylindrical. Integument ferrugineus, varying from light to dark, with two testaceus maculae (sometimes transverse fasciae) on each elytron, one at basal third, small, and oblong, and another just behind middle, this one oblique. Head with front nearly flat, transverse, with a median, shallow line from between eyes and antennal tubercles, slightly concave between antennal tubercles, which are slightly raised and widely separated. Surface moderately shining, with fine wrinkles, coarsely, rugosely, densely,

FEMALE. Length 5.0– 7.2 mm; width 1.2–1.7 mm (measured across humeri). Very similar to male. Antennae about as long as body. Lateral punctures on pronotum not distinctly deep and prosternum only finely punctate, lacking patches of coarse punctation ( Fig. 2f View FIGURE 2 ). Narrowest area of prosternal process between coxae about 0.25 to 0.4 as wide as coxal cavity, and about 0.3 to 0.6 the width of apex of process.

Etymology. This species is named in memory of Dr. José A. Ramos for his invaluable contributions and his lifelong dedication to the study of insects in Puerto Rico, and for unconditional access to specimens from his remarkable personal collection, one of the largest on the Island.

Discussion. Throughout the series there is some variation in color and slight variation in the shape of pronotal margins, pronotal texture, punctation on pronotum and mesosternum, and proportion and shape of the prosternal process. Specimens collected in the wet forest of Maricao are quite dark and the pale maculae on the elytra tend to be rather compact ( Fig. 2d View FIGURE 2 ). Those from the drier areas of Guánica and Ponce (in Puerto Rico) and the Virgin Islands are lighter colored with the pale areas on the elytra more like fasciae ( Fig. 2g View FIGURE 2 ). Except for color, other variation is slight and there is much overlap. To further investigate the possibility of two distinct species, dissections of male genitalia of several specimens from each phenotype were made by the junior author. Detailed study of the tegmen including the parameres (lateral lobes) and phallobase (basal piece) revealed no consistent morphological characters ( Fig. 3b View FIGURE 3 ). Since we can find no significant differences between specimens from “wet” and “dry” areas, only a single species will be proposed.

This species can be confused with Plectromerus serratus (Cameron)   but can be distinguished by the punctation of the pronotum: in P. serratus   , the pronotum is impunctate and dull, whereas P. ramosi   has a shiny pronotum and distinct punctation. Also, the fifth antennomere in P. serratus   ( Fig. 2i View FIGURE 2 ) is distinctly pronounced externally at apex whereas in P. ramosi   ( Fig. 2h View FIGURE 2 ) it is only slightly expanded. Some small, light specimens of P. ramosi   are similar to P. distinctus (Cameron)   but the latter species has long, suberect hairs on the elytra and granulose punctures on the pronotum, both lacking in P. ramosi   . From other congeners, P. ramosi   can be distinguished by the following combination of characters: the shape and punctation of pronotum (widest at middle, shallow, moderately coarse punctures), the punctation and macular pattern of elytra, the glabrous pronotum and elytra, and the serrate metafemoral tooth. 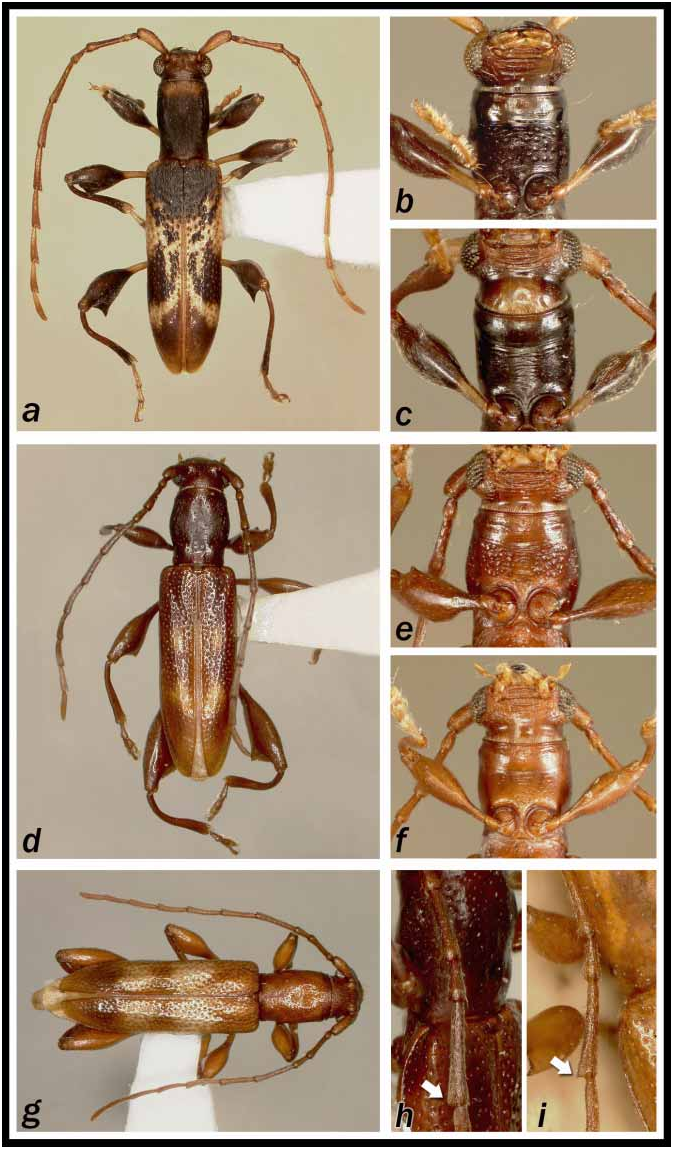 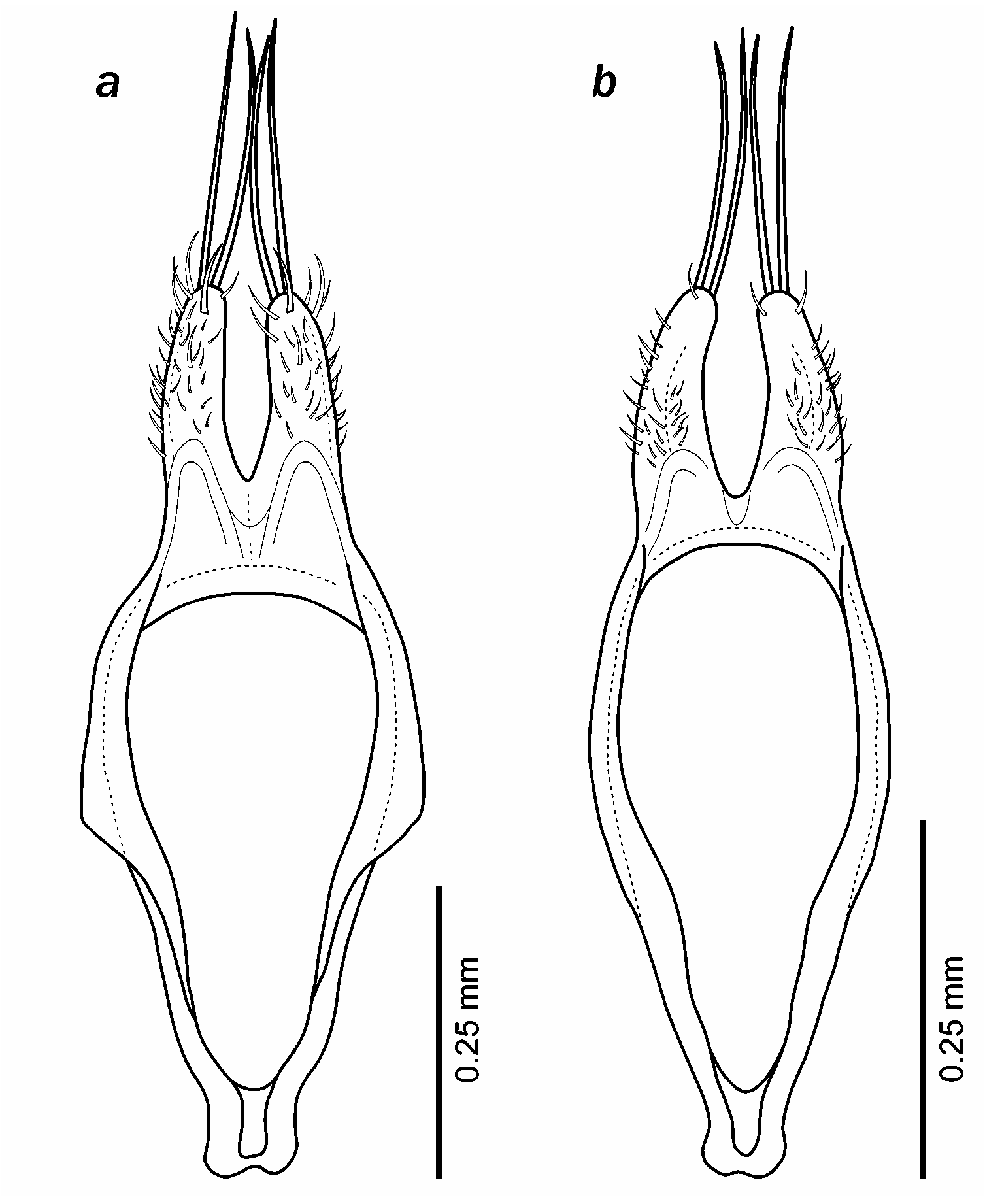