Males of this species are characterized by having the tergum 7 with a triangular process with sparse spines apically. The aedeagal tube is straight, and aedeagal sac is armed with spines.

The specific name refers to the Gaoligongshan National Nature Reserve in Yunnan Province, where the type locality is situated.

Gaoligongshan National Nature Reserve is located in northwestern Yunnan Province and is the largest nature reserve of the province. At the same locality, accompanying stoneflies were Neoperla hajeki   sp. nov. and Tyloperla illiesi   Stark & Sivec, 2005.

We examined specimens of N. wuzhishana   from Yinggeling, Hainan Province, and found slight intraspecific variations of head pattern and armatures of the aedeagal sac: the dark area between ocelli in males was slightly smaller than in females, which in both sexes are quite small (Fig. 8A, B View Figure 8 ); four large spines in types (both in the original illustrations and descriptions) (see figs 7, 8 in Chen, Du 2016b), which can number seven to nine in our specimens (Fig. 8C, D View Figure 8 ). Therefore, the absence of large aedeagal spines in N. gaoligongshana   is regarded as a distinguishing character, separating it from N. wuzhishana   . 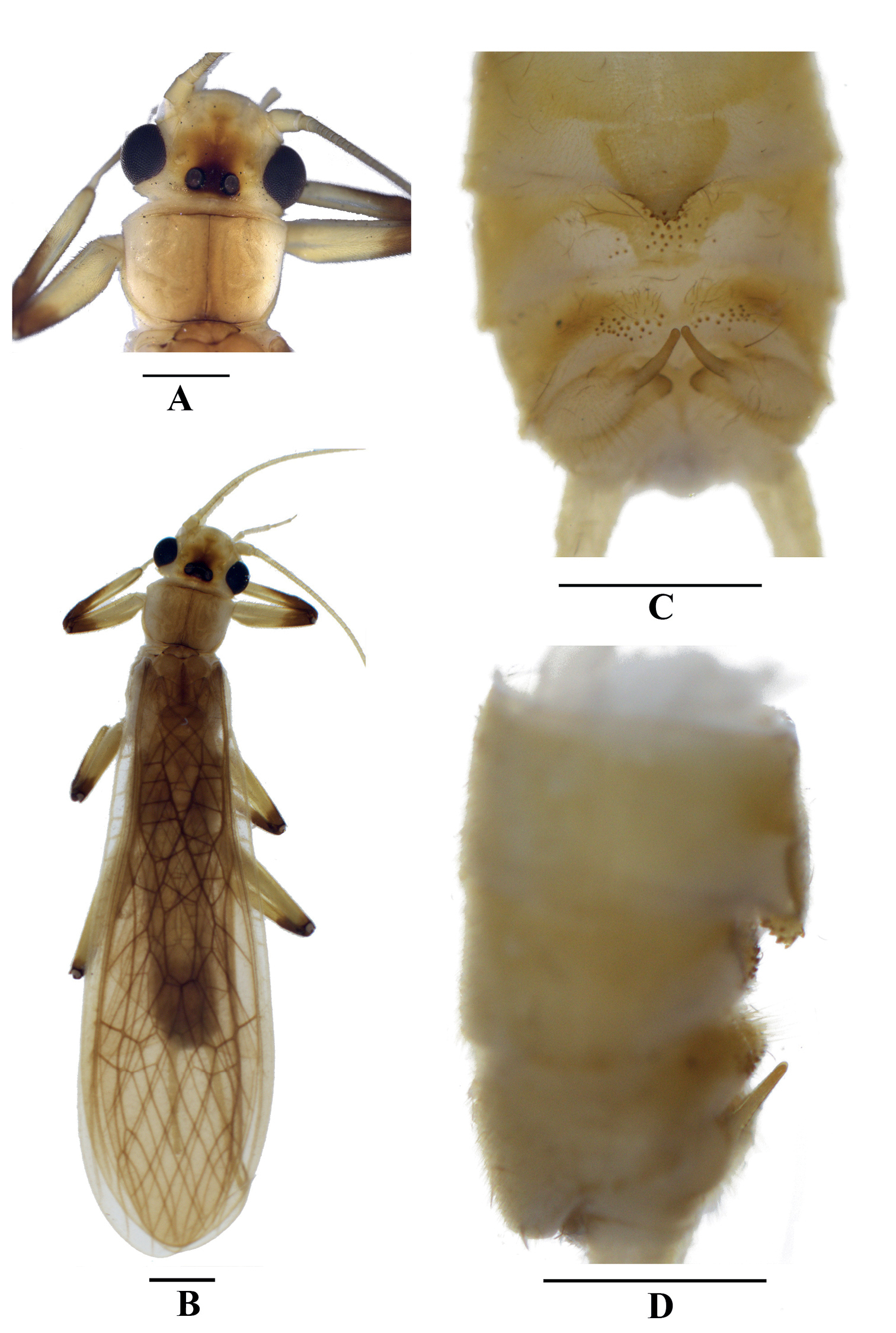 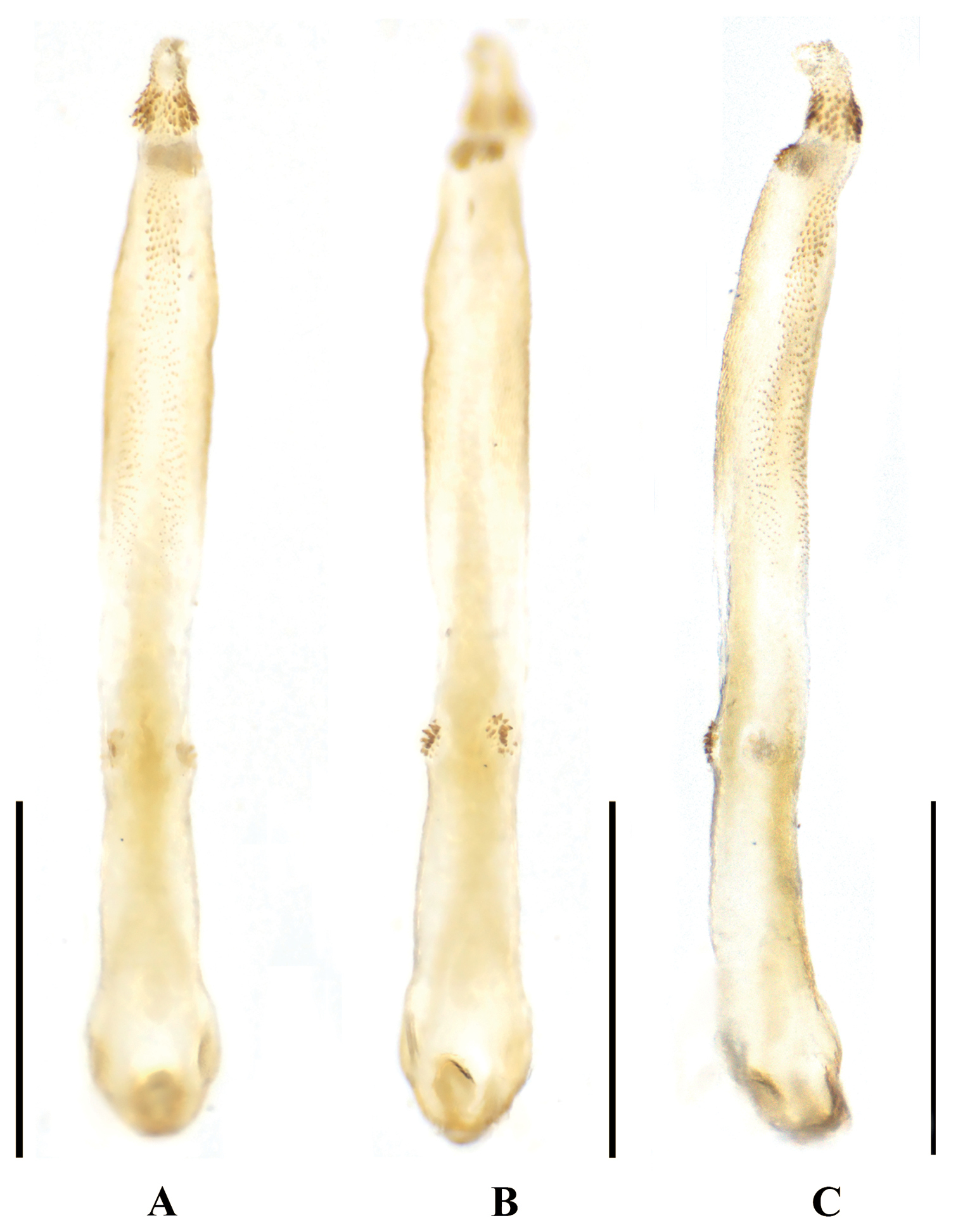 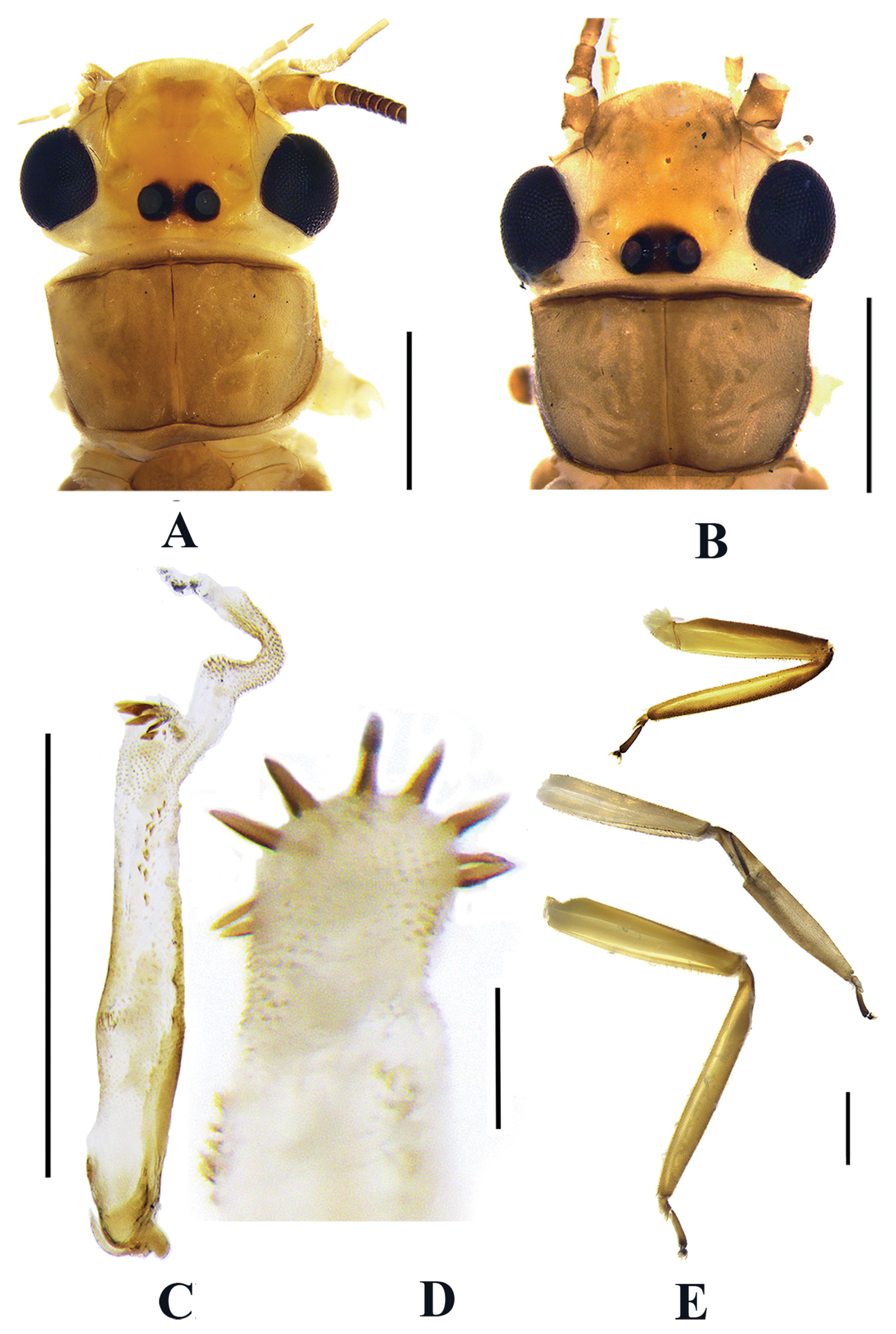