Remarks. The one specimen of this species recovered during this study is tentatively assigned to the species Potamocypris variegata   based on the following characters: pitted carapace, long swimming setae, four setae on the terminal segment of the maxillula palp, and two rays on the maxillula branchial plate ( Fig. 17 View FIGURE 17 ). The LV is noticeably more elongate (height / length = 0.56) compared to some other figured specimens of P. variegata   (height / length = 0.64, Meisch 1985; 0.60, Fuhrmann 2012), and is similar to Potamocypris smaragdina ( Vávra, 1891)   . However, P. smaragdina   has only one ray on the maxillula branchial plate ( Meisch 1985). Potamocypris variegata   has been previously reported from North America and western parts of Eurasia, including western Russia and Iran (see review in Meisch 1985; 2000). The records of this species from Tibet in this study and those from Beijing ( Zhai et al. 2017, specimens not illustrated) are therefore much further east than previous records. The solitary specimen herein was collected from a small, turbid pond at an altitude of 3075 m. 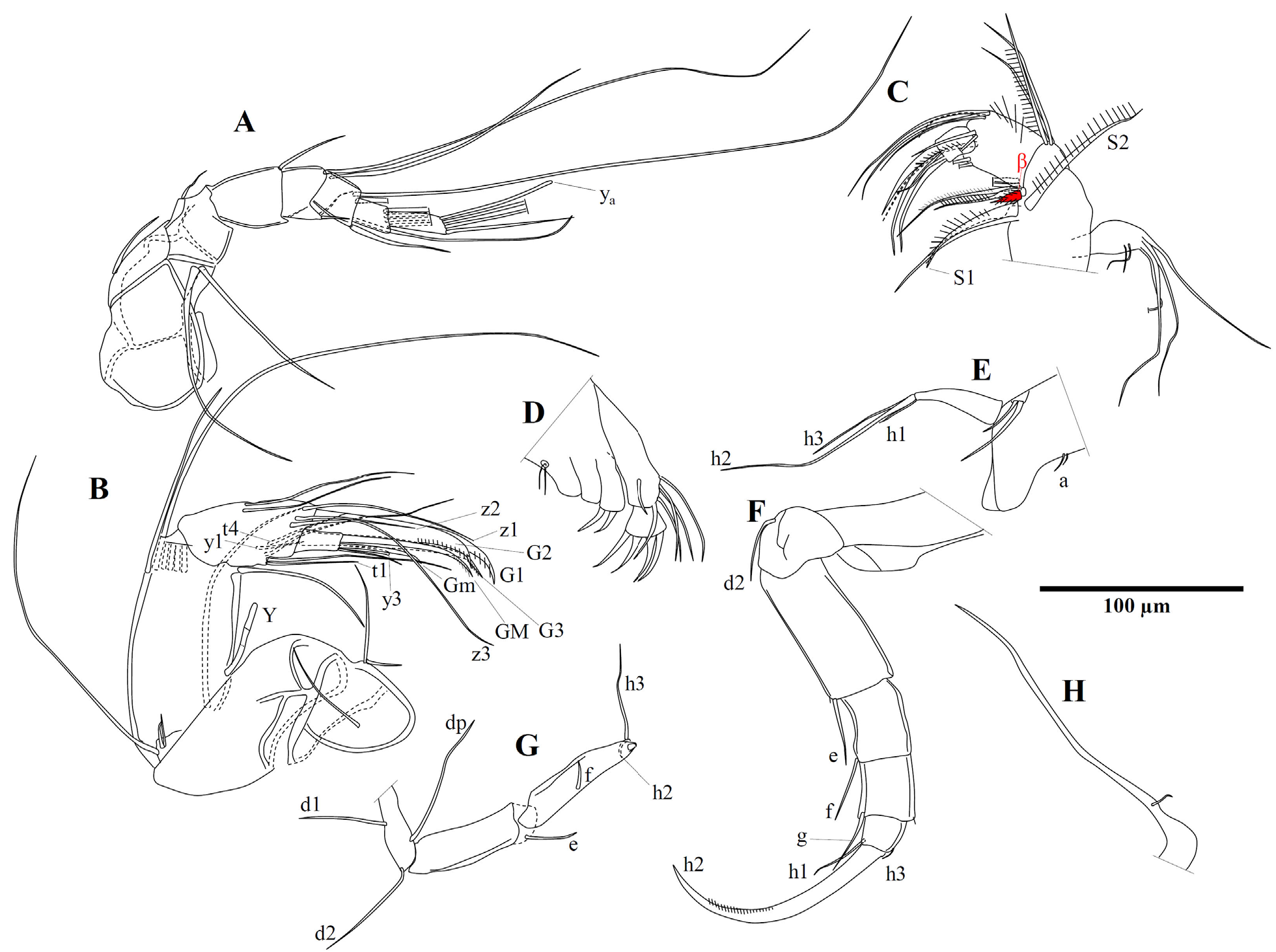