Pilato, Giovanni & Binda, Maria Grazia, 2010, Definition of families, subfamilies, genera and subgenera of the Eutardigrada, and keys to their identification, Zootaxa 2404, pp. 1-54: 18

Eutardigrades without cephalic papillae. Diploclaws similar in the shape and size arranged asymmetrically with respect to the median plane of the leg (conventionally described as: 2121). Claws of the Eohypsibiidae   type (= Bertolanius   type) are divided into three distinct sections, basal section, secondary branch and primary branch, sequentially arranged and separated by obvious septa ( Figs. 1 View FIGURE 1 D, 9 A).The primary branch is rigidly joined to the secondary branch. The internal claws can rotate on their base by 180 °; this rotation may lead to a symmetric arrangement of the claws which confuses the real asymmetric arrangement.

Two models of bucco-pharyngeal apparatuses can be recognized within the family: the Bertolanius   model   and the Eohyspibius model   .

Tube rigid without ventral lamina; apophyses for the insertion of the stylet muscles in the shape of "ridges" symmetrical with respect to the frontal plane; caudal processes of both these apophyses pointing backwards and sideways. Peribuccal lamellae (14) present; peribuccal papulae absent.

Tube subdivided into an anterior, rigid portion (buccal tube) without ventral lamina, and a posterior flexible portion (pharyngeal tube) with a spiral thickening; no cuticular thickening is present between the buccal tube and the pharyngeal tube in the known species. Apophyses for the insertion of the muscles of the stylets form "wingshaped ridges" symmetrical with respect to the frontal plane; caudal processes of both these apophyses pointing backwards and sideways. Peribuccal lamellae (14) present.

This type of bucco-pharyngeal apparatus has some characteristics of the Itaquasconinae   model   ( Hypsibiidae   ), but it is very different from all the known variants of that model   in the shape of the apophyses for the insertion of the stylet muscles, in the presence of peribuccal lamellae ( Bertolani & Kristensen, 1987), and in the shape of the stylet furcae ( Pilato & Binda, 1996 b).

Composition: Two genera, Bertolanius   and Eohypsibius   , are ascribed to the family.

A third genus, Fujiscon Ito, 1991   , was ascribed to the family Eohypsibiidae   , but in our opinion it is not valid. As stated by Pilato & Binda (2003), the claws of Fujiscon   are not of the Eohypsibius   type (basal portion, secondary branch and primary branch are not exactly sequentially arranged; the primary branch is joined to the secondary branch by a flexible connection); in addition the two claws of the same leg are very different from one other, and the internal claw cannot rotate on its base. The claws of Fujiscon   are basically of the Hypsibius   type but with septa separating the basal section, secondary branch, and primary branch. Pilato & Binda (2003) remarked that septa are present in others species attributed to other genera (e.g., Diphascon   , Isohypsibius   , Acutuncus   and others).They also noted that in some species individual specimens may have claws both with and without septa, e.g., in Isohypsibius elegans Binda & Pilato, 1971   and in Acutuncus antarcticus ( Richters, 1904)   . Therefore the presence and the degree of septa development in the claws must be considered as variable characters, and not significant at the genus level.

In conclusion, the genus Fujiscon   , in our opinion, is not valid and we do not take it into consideration in this paper. 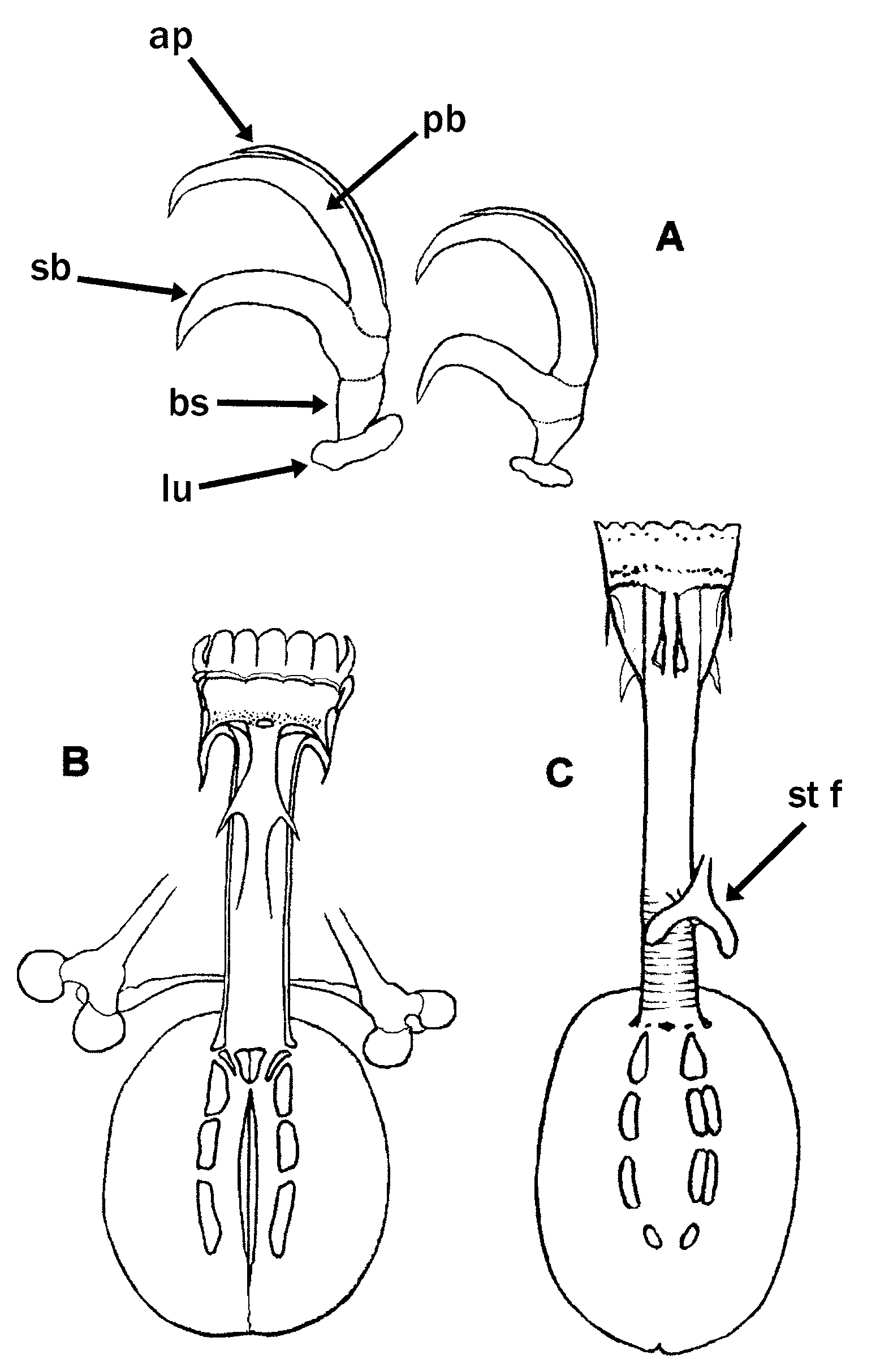