Remarks. Existing records of A. ryckmani   are all from the eastern parts of Los Angeles County and San Bernardino County. A single male of this species was collected in this project in June, in BioSCAN site 46, Norco, at the eastern range of the BioSCAN sampling sites, close to San Bernardino. This is probably the sixth known specimen of A. ryckmani   . In the original description of the species, Cook (1975) mentioned that the holotype was also reared from Echinocactus polycephalus   , but the species is not as abundant as Quateiella quatei   . The BOLDSystems has no records for the genus Abrhexosa   . 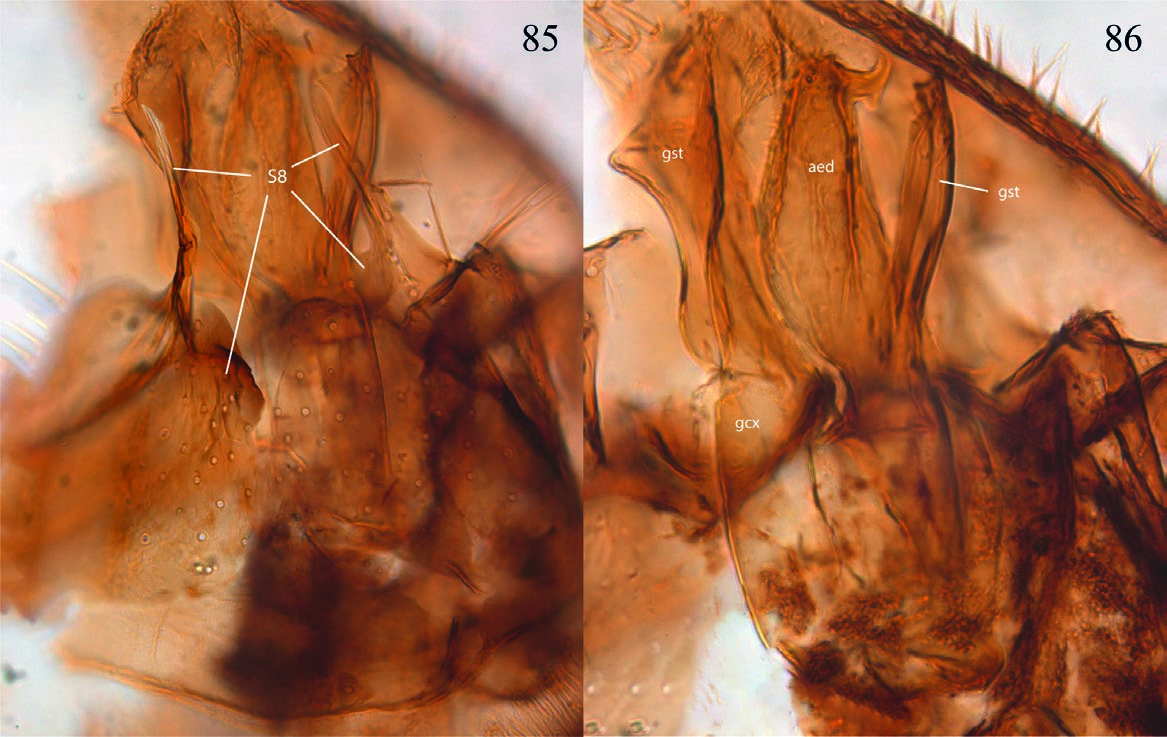